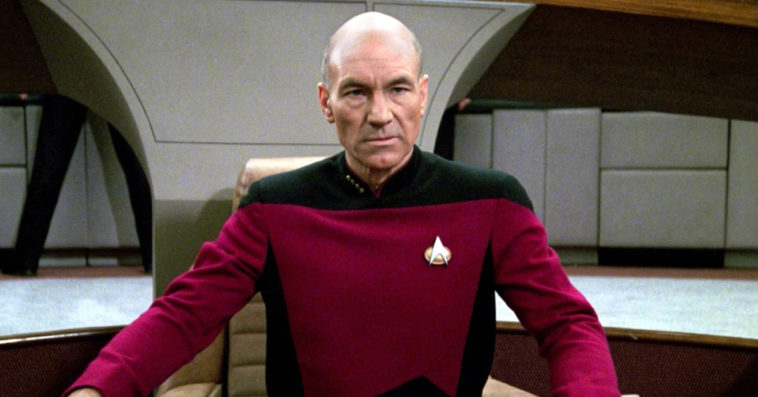 Fans are going to see Patrick Stewart’s Jean-Luc Picard in a completely new light in his own Star Trek series.

In a recent interview with Deadline, Jonathan Frakes, Stewart’s fellow cast member in Star Trek: The Next Generation, implied that Picard is no longer a Starfleet captain when fans meet him again in his own Star Trek series.

“The feeling is we would love to be part of it. But the feeling is also that it’s Patrick’s show,” Frakes laughingly said of what he and his Star Trek: The Next Generation co-stars felt when they heard the news that Picard is getting his own Star Trek series. “Having said that, I can’t imagine a world where there’s no reference to what happened to the rest of the Next Generation cast. Patrick isn’t playing Captain Jean-Luc Picard this time, he’s done with [that phase of his career in] Starfleet in this show.”

Though that’s the only thing Frakes know about the upcoming Picard series, he shared that Stewart can’t wait to play Picard once again.

“Patrick and I had a steak dinner a couple of weeks ago and this man, who I’ve known for 31 years now, is so excited about this show,” Frakes, who portrayed Commander William T. Riker in Star Trek: The Next Generation, said of Stewart. “He’s like a little kid. It’s fabulous! He’s thrilled and excited to be invited into the writer’s room and he’s a producer on the show and he’s part of the development of the story arc. It’s terrific. I mean he is a guy who is fully engaged.”

Though CBS wouldn’t confirm that Picard is no longer a Starfleet captain in his new series, the network said (via ComicBook.com) the new show “will explore the next chapter of Picard’s life, which will be different, as Patrick teased in Vegas.”

Stewart first hinted that Picard might no longer be Starfleet captain in his own series when he announced the show at the Star Trek convention in Las Vegas last August. “He may not be a captain anymore,” the three-time Golden Globe nominee said at the time. “He may not be the Jean-Luc that you recognize and know so well. It may be a very different individual — someone who has been changed by his experiences [because] 20 years will have passed.”

Though there had been no scripts for the show at the time, Stewart promised fans that the series will be unlike anything they have seen before. “It will be, I promise you, I guarantee it, something very, very different,” he said. “But it will come to you with the same passion and determination and love of the material and love of our followers and our fans exactly as we had it before.”

CBS All Access has yet to set a release date for the Picard Star Trek series.