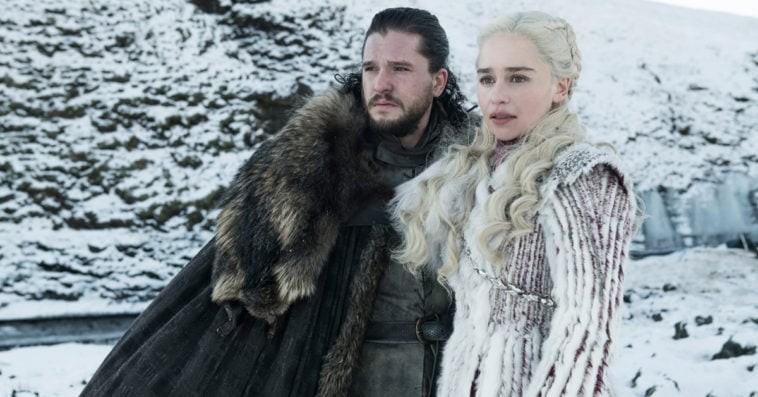 Emilia Clarke, who played Daenerys Targaryen in Game of Thrones, has revealed that her male co-stars on the HBO series received on-set perks that she and other female cast members didn’t get.

In a video filmed for the Edinburgh International Television Festival last month, Clarke and filmmaker Paul Feig, who directed her 2019 movie Last Christmas, teamed up once again for a peer-to-peer session to talk about their Hollywood careers. The two touched a lot of different topics throughout their 40-minute chat, and one of the interesting things that Clarke shared was an anecdote about what it’s like as an actor to film in extreme temperatures.

That’s when Clarke revealed that she and her fellow female Game of Thrones stars were forced to face down heat exhaustion on set while their male counterparts had a bit of help from custom “cooling systems” in their costumes.

“What the boys got, we could never do under my costume,” Clarke said. “The guys in the Night’s Watch — Jon Snow (Kit Harington), who’s wearing a woolly mammoth all the time — [they’ve] got these huge costumes, you can hide whatever the hell you want underneath there, to be quite frank. When we were shooting things in a hot country when they had all of those things, they had this pump. This pump that had its own little generator that was attached into the costumes that used to pump cold water into these pipes and cool them all down. So, they’d be underneath these huge [costumes] with this weird kind of cooling system.”

“Girls weren’t allowed that,” Clarke pointed out. “All I could get was the back of my wig to be lifted up every once in a while. It’s too hard, I’ve got a wig on. They don’t make cold packs you know, you put ice packs on yourself.”

Aside from dealing with extreme temperatures on set, Clarke also talked about another difficulty she experienced while filming Game of Thrones, and that’s learning all of her lines in Dothraki. The actress shared in the video that there were times when delivering her lines in Dothraki had become so hard that showrunner David Benioff and D.B. Weiss simply told her to make up the lines.

“There were a couple of takes where I basically did ‘MMMBop,’” Clarke joked. “I’d be like, ‘Emilia, you’ve not made anything, you’ve just rehashed a Hanson classic.’”

Watch the entire chat between Clarke and Feig in the video below:

All eight seasons of Game of Thrones are now streaming on HBO Max.