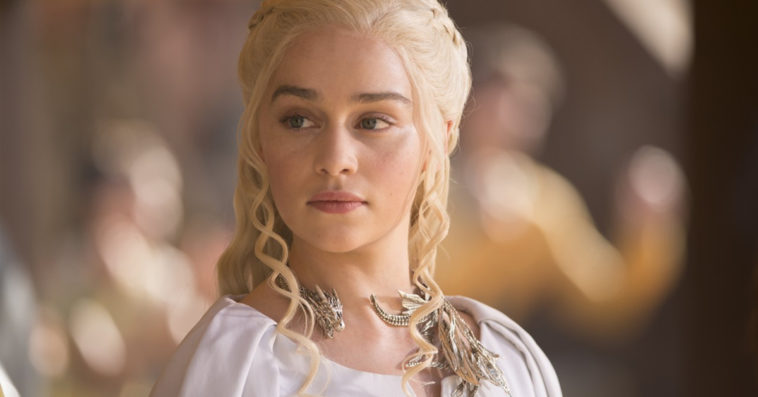 Emilia Clarke is a survivor.

In a lengthy essay entitled A Battle for My Life, published on The New Yorker’s website on March 21st, the 32-year-old actress revealed that she had two brain surgeries over the last eight years to correct two life-threatening aneurysm growths.

Clarke, who plays Danerys Targaryen on Game of Thrones, said that her health problems began in February 2011, soon after filming on the first season of the HBO series was completed. She was working out with her trainer in London when she felt a bad headache coming on.

“My trainer had me get into the plank position, and I immediately felt as though an elastic band were squeezing my brain,” she wrote. “I tried to ignore the pain and push through it, but I just couldn’t. I told my trainer I had to take a break. Somehow, almost crawling, I made it to the locker room. I reached the toilet, sank to my knees, and proceeded to be violently, voluminously ill. Meanwhile, the pain — shooting, stabbing, constricting pain — was getting worse. At some level, I knew what was happening: my brain was damaged.”’

She was rushed to the hospital and was immediately sent for an MRI. She was diagnosed with subarachnoid hemorrhage (SAH), a life-threatening type of stroke caused by bleeding into the space surrounding the brain. Clark said she’d had an aneurysm, an arterial rupture to be exact. Since about a third of SAH patients die immediately or soon thereafter, Clarke underwent a brain surgery which lasted for three hours.

Though the operation was described as “minimally invasive” that didn’t require opening her skull, Clarke said that the post-surgery was “unbearable.” She was told that if she made it to the two-week mark with minimal complications, her chances of a good recovery were high. But one night after she’d passed the two-week mark, she was unable to remember her name.

“I was suffering from a condition called aphasia, a consequence of the trauma my brain had suffered,” Clarke explained. “In my worst moments, I wanted to pull the plug. I asked the medical staff to let me die. My job — my entire dream of what my life would be — centered on language, on communication. Without that, I was lost. I was sent back to the I.C.U. and, after about a week, the aphasia passed. I was able to speak.”

Before returning to the set of Game of Thrones for its sophomore run, Clarke was told that she had a “smaller aneurysm” on the other side of her brain that could “pop” at any time. She told her bosses about her condition, but made it clear that she didn’t want to dwell on it. But with the worry that her other aneurysm could pop at anytime, filming Season 2 was her most difficult time on the set of the series. “If I am truly being honest, every minute of every day I thought I was going to die,” she said.

Fast forward to 2013, Clarke had a brain scan that revealed that the growth on the other side of her brain had doubled in size. She underwent another brain surgery, which had unfortunately failed. “I had a massive bleed and the doctors made it plain that my chances of surviving were precarious if they didn’t operate again,” she said. “This time they needed to access my brain in the old-fashioned way—through my skull. And the operation had to happen immediately.” Clarke survived the surgery but admitted that the recovery “was even more painful than it had been after the first surgery.”

At the end of her essay, Clarke said that she has healed beyond her most unreasonable hopes in the years since her second surgery. “I am now at a hundred per cent,” wrote the actress, who has since created a charity called SameYou, which aims to provide treatment for people recovering from brain injuries and stroke.

As for why she decided to tell this story now, Clarke implied that the upcoming finale of Game of Thrones made her realize how fortunate she is to be part of the series until the very end.  “There is something gratifying, and beyond lucky, about coming to the end of Thrones,” she said. “I’m so happy to be here to see the end of this story and the beginning of whatever comes next.”

Game of Thrones Season 8 premieres on April 14th on HBO.