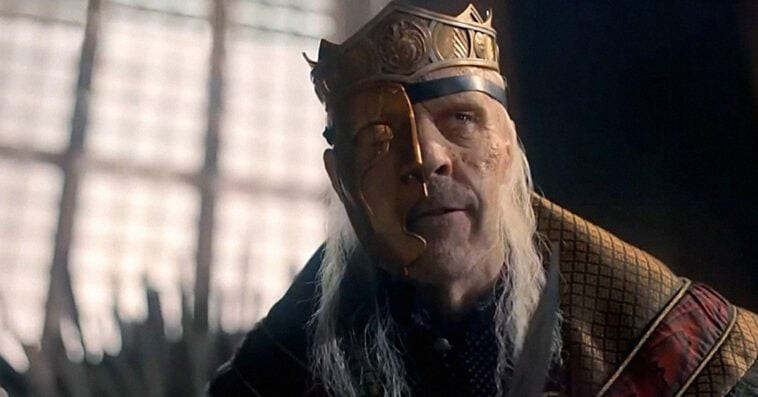 Every House of the Dragon character who died (so far) 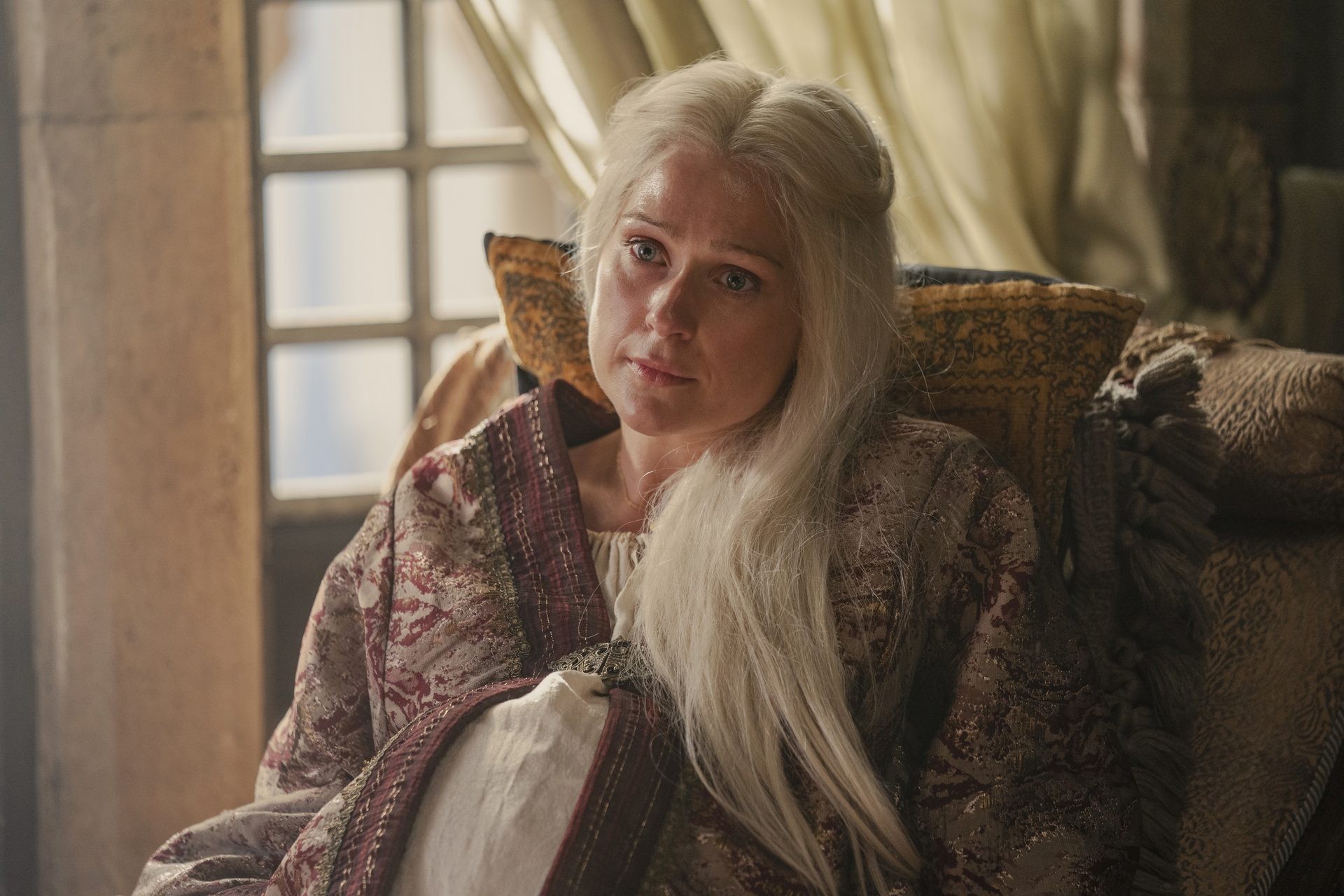 The first big death in House of the Dragon happened in its series premiere, titled The Heirs of the Dragon. In the latter part of the episode, Queen Aemma Targaryen (Sian Brooke) was technically murdered by her husband, King Viserys Targaryen (Paddy Considine). While Aemma was in childbirth of their son, Prince Baelon Targaryen, Viserys discovered the baby was breech, so he told the maesters to save the child, instead of Aemma, resulting in her death from blood loss.

Prince Baelon Targaryen passed away shortly after he was born in episode 1. Prince Daemon Targaryen (Matt Smith) memorably called the child the “heir for a day,” causing his brother to remove him as his heir. 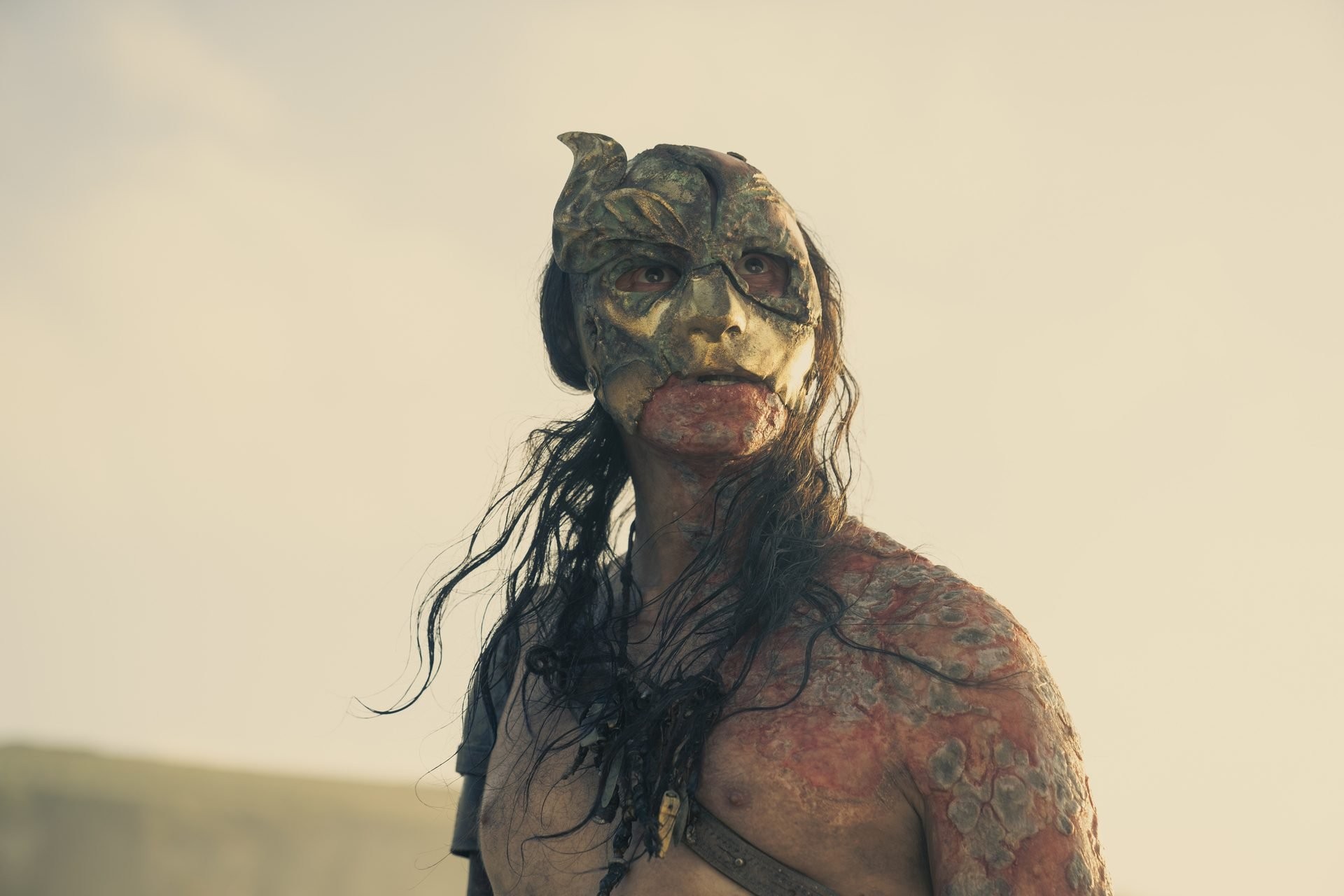 In episode 3, Second of His Name, Viserys finally offered to send help in the war against Craghas Drahar, a.k.a. the Crabfeeder (Daniel Scott-Smith), in the Stepstones. Enraged by Viserys’ move, Daemon took the matter into his own hands by going to the Crabfeeder’s cave himself and going on a one-man war rampage. Eventually, the fighters from House Velaryon arrived to help, allowing Daemon to kill the Crabfeeder once and for all. 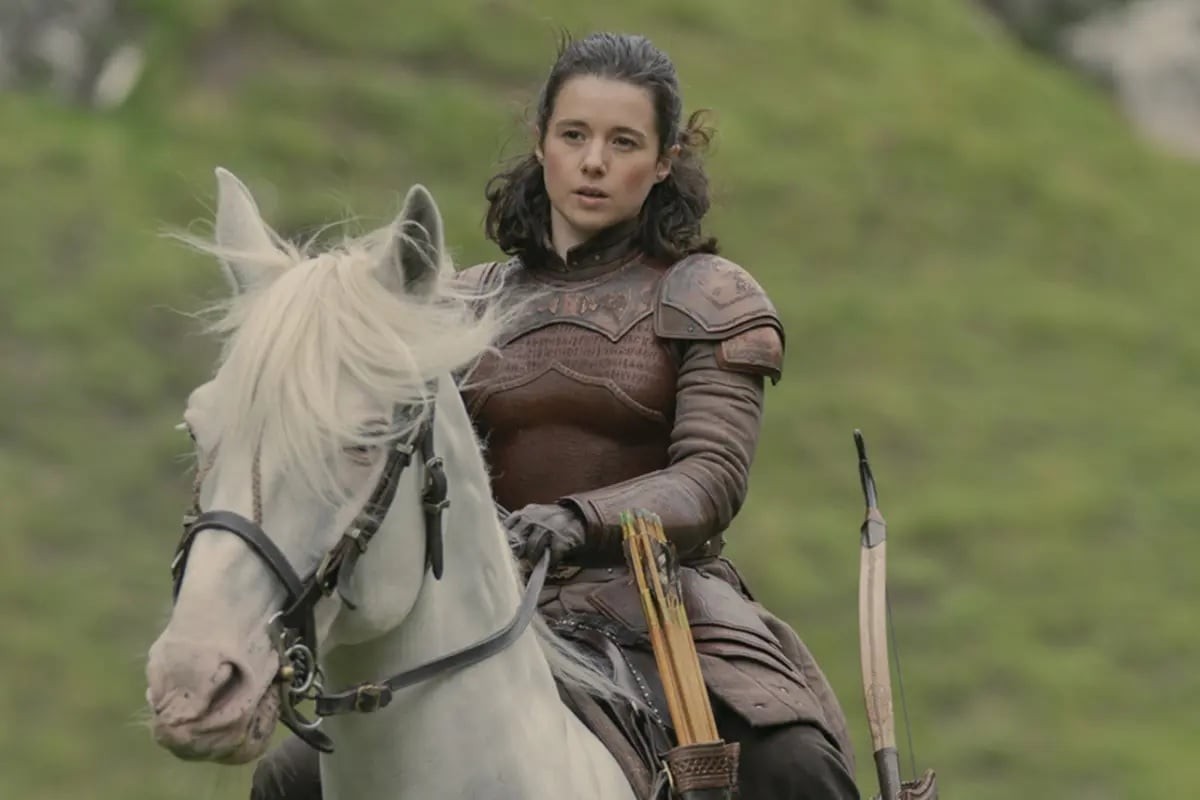 Prince Daemon’s wife, Lady Rhea Royce (Rachel Redford) of the Vale, appeared for the first time in episode 5, We Light the Way. Unfortunately, that episode was also her last appearance. While horseback riding at the start of the episode, Rhea was surprised to see Daemon. For some reason, the two had never consummated their marriage. And with the recent birth of Prince Aegon at the time, Rhea mocked Daemon for becoming even further from the throne than ever. Losing his temper, Daemon crushed her skull with a giant rock leading to her death.

As revealed in episode 5, Ser Joffrey Lonmouth (Solly McLeod) was the lover of Laenor Velaryon (John MacMillan). The two planned to carry on their secret relationship even after Laenor’s wedding to Rhaenyra (Milly Alcock/Emma D’Arcy). But at the welcome dinner for the wedding festivities, Joffrey figured out that Rhaenyra slept with Ser Criston Cole (Fabien Frankel). Joffrey teased Criston about this. Criston didn’t like it, so he beat Joffrey to death in the middle of the feast, leaving Laenor heartbroken. 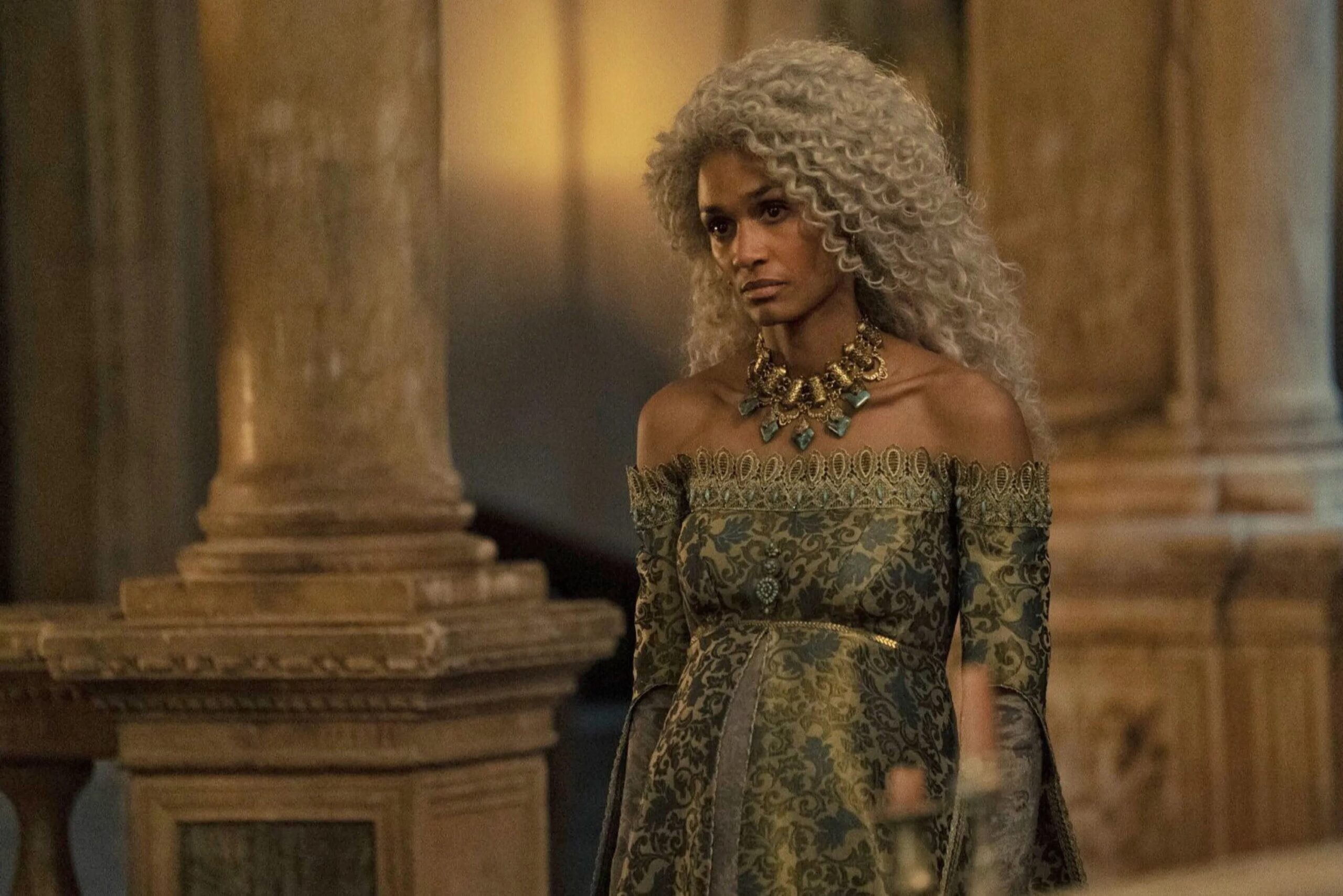 In episode 6, The Princess and the Queen, Laena Velaryon (Nanna Blondell) tries to give birth to her child, but her labor stalled. A nod to Aemma’s death in episode 1, the midwife told Daemon that the baby would not come. They might be able to save the baby by cutting into Laena, but the latter would die. To free Daemon from making the big decision, Laena made her own choice. She headed out to her dragon, Vhagar, who ultimately incinerated her to death upon her request.

Both Ser Harwin Strong (Ryan Corr) and Lord Lyonel Strong (Gavin Spokes) died in a fire at Harrenhal in episode 6. In the source material, George R.R. Martin’s novel Fire & Blood, the cause of that fire was never confirmed, but the TV adaptation revealed that it was all orchestrated by Larys Strong (Matthew Needham). Killing his own father and brother made Larys the only remaining legitimate man in House Strong. He inherited Harrenhal and everything else that belonged to his father. 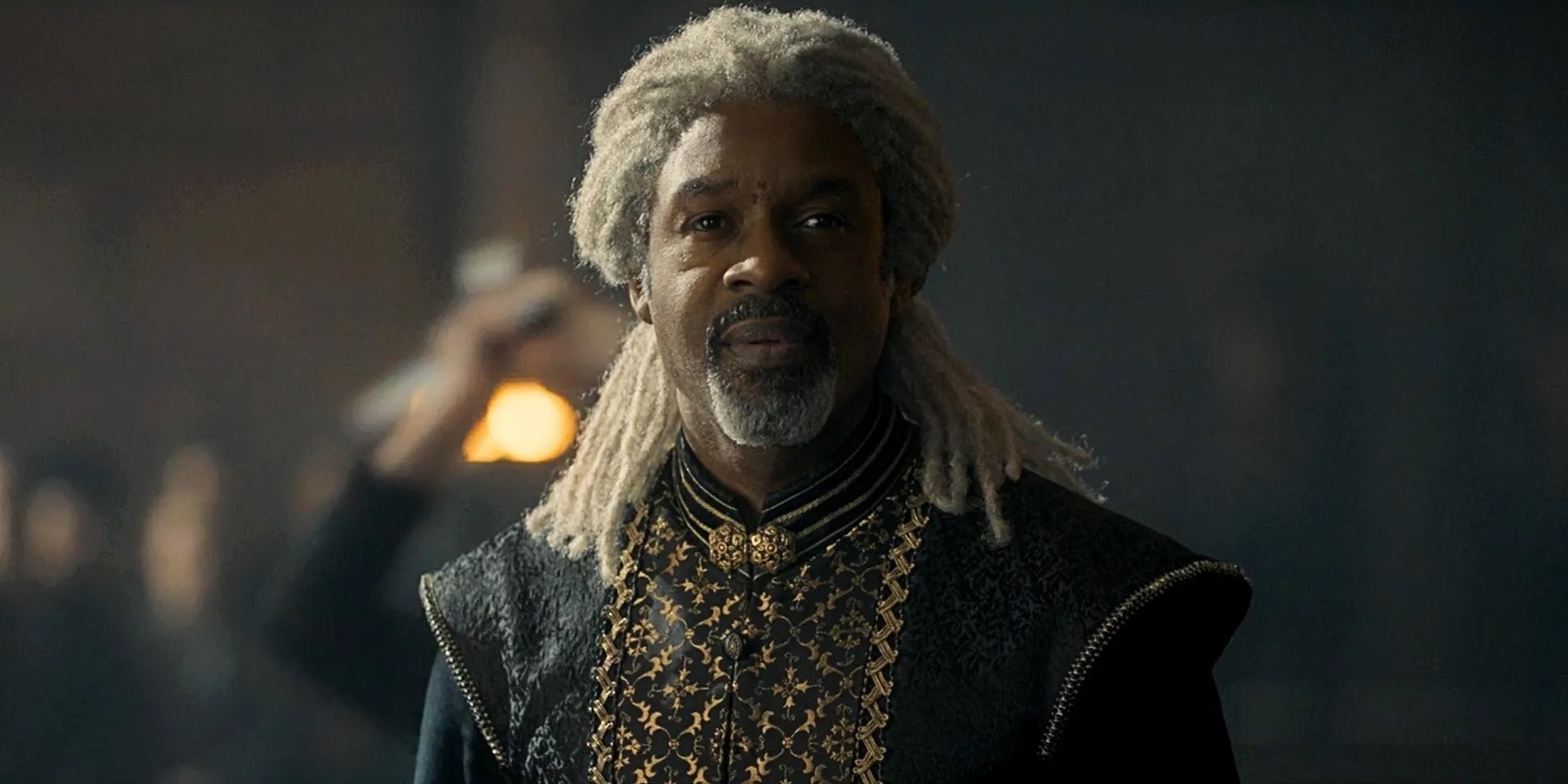 It was revealed in episode 8, The Lord of the Tides, that Ser Corlys Velaryon (Steve Toussaint) is sick and possibly dying. His brother Ser Vaemond Velaryon (Wil Johnson) didn’t want the seat at Driftmark to be passed to Prince Lucerys (Elliot Grihault), believing him to be a bastard and not a true Velaryon.

After Vaemond loudly called Lucerys a bastard and Rhaenyra a whore in front of everyone, Viserys said he would lose his tongue for that. But before anyone could do the deed, Daemon stepped in and took off Vaemond’s head. 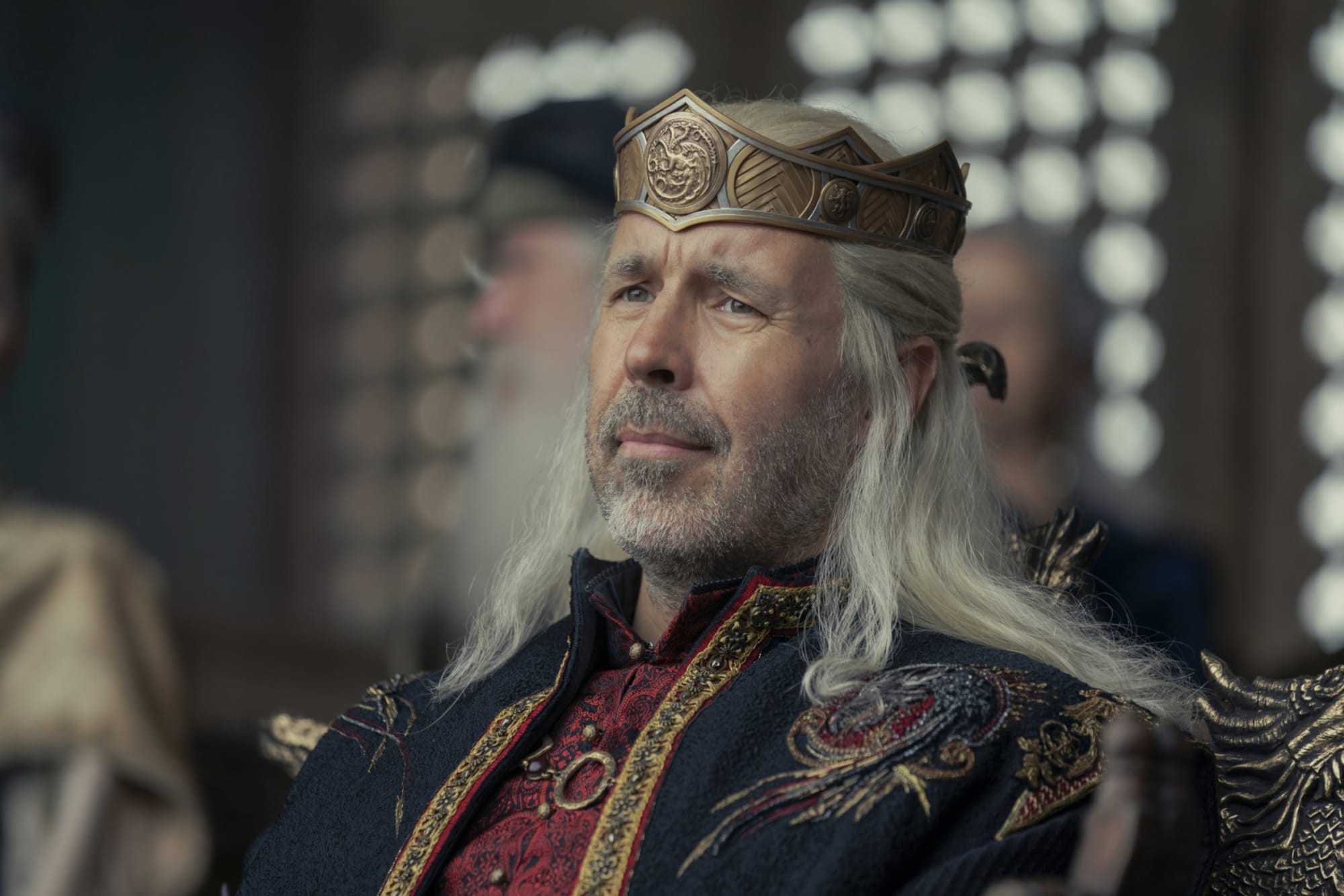 Struggling with a mysterious illness all season., Viserys died at the end of episode 8. Prior to his death, he was able to play host at dinner and tried to bring the two sides of his family together one last time. At the end of the episode, Queen Alicent Hightower (Emily Carey/Olivia Cooke) visited him in his room. Thinking that she was Rhaenyra, Viserys told her some of the Song of Ice and Fire prophecy and she thought he wanted Aegon (Tom Glynn-Carney) to be his successor. Viserys passed away in his bed alone, seemingly calling out for his first wife, Aemma. 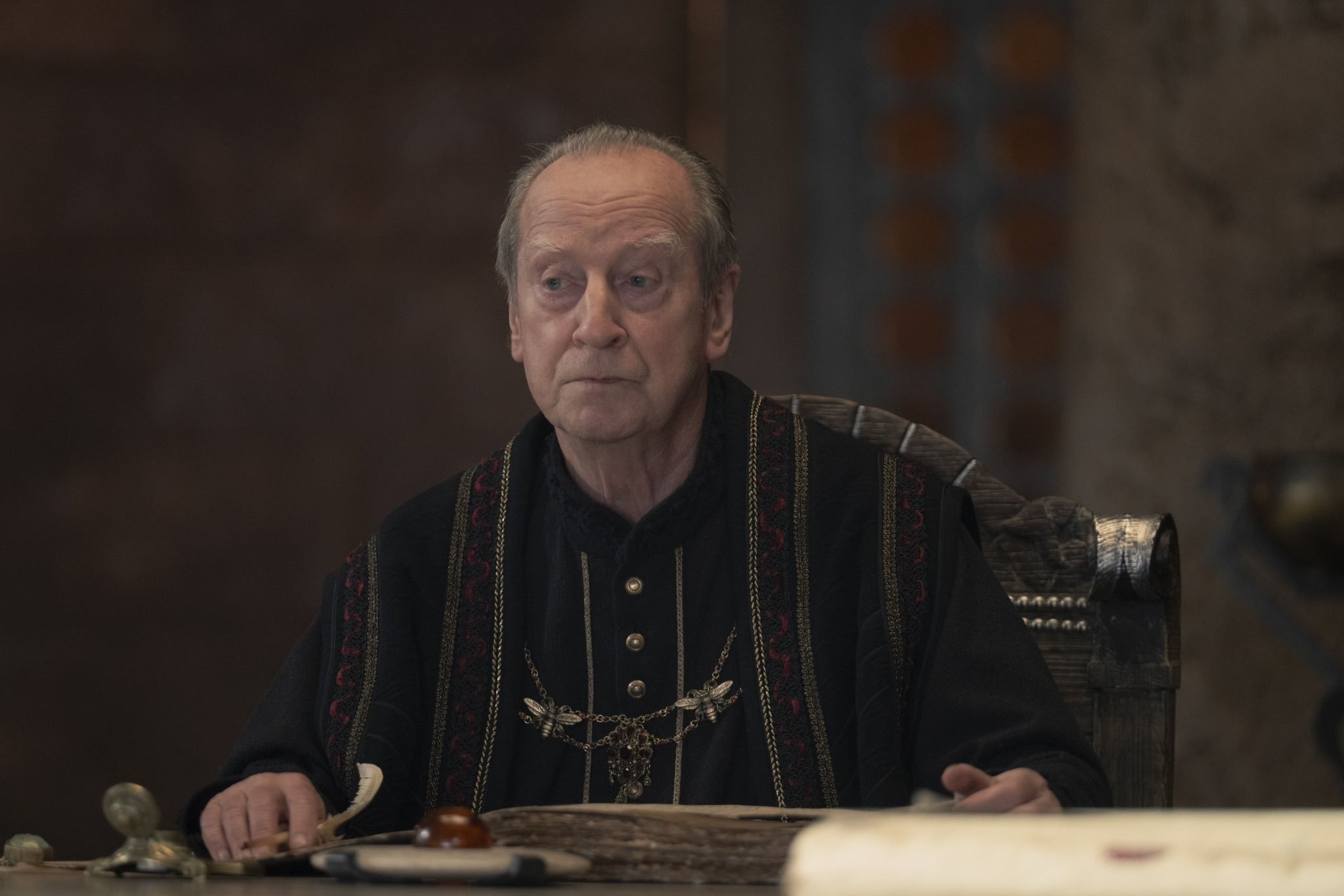 Lord Lyman Beesbury (Bill Paterson) was Viserys’ Master of Coin. In episode 9, The Lord of Tides, Lyman was the only member of the small council to speak up against Aegon replacing Viserys on the Iron Throne. Lyman, however, paid for his words rather quickly when Criston smashed his head into the table, killing him instantly. 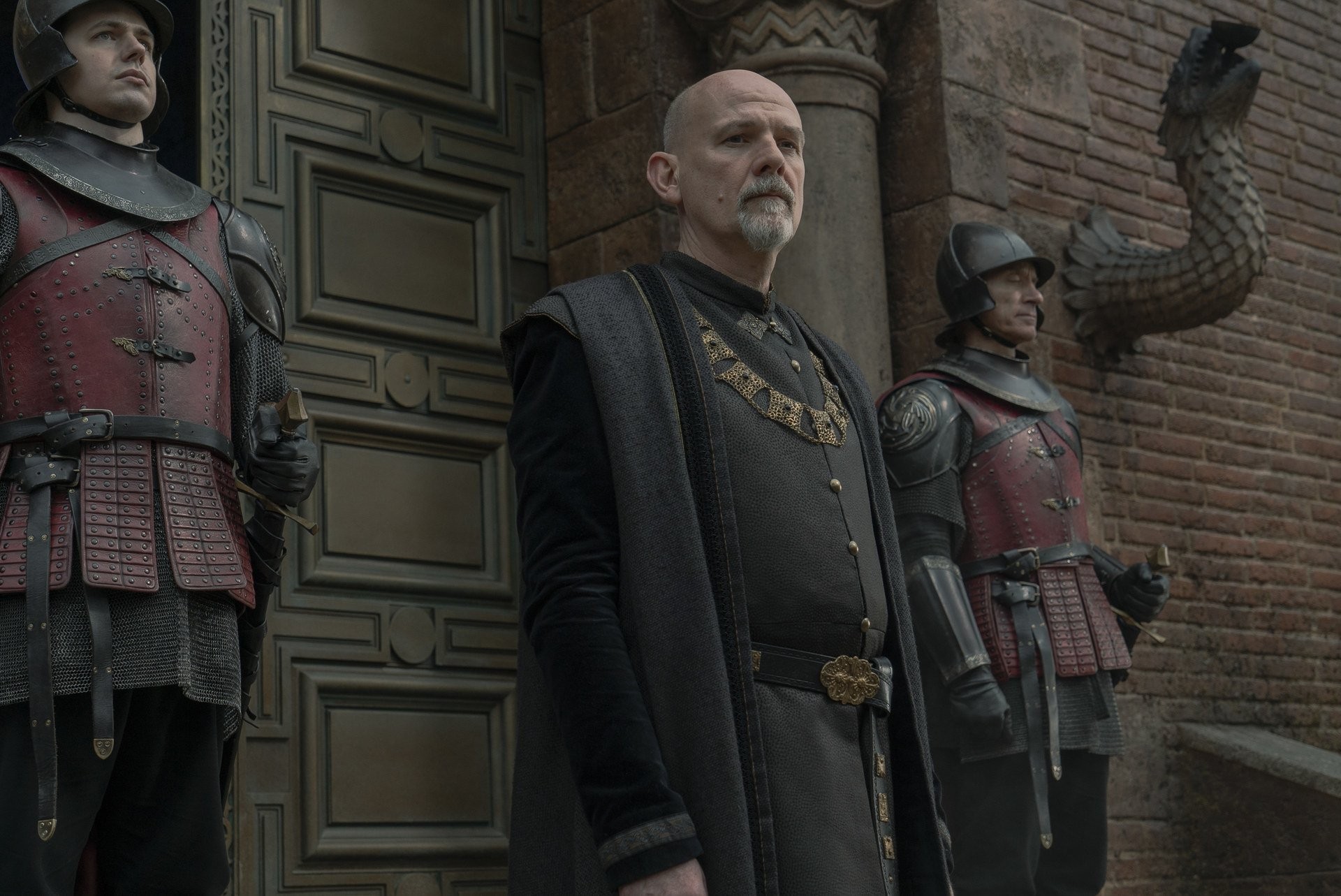 Lord Allun Caswell (Paul Hickey) was one of the staunch supporters of Rhaenyra’s claim as heir to the Iron Throne. Moments after he refused to bend the knee to Aegon in episode 9, his dead body was seen hanging in the Red Keep.

Who will die in House of the Dragon season 1 finale?

Plot details about season 1’s final episode, The Black Queen, are limited but it has been widely speculated that it will end with Lucerys Velaryon (Elliot Grihault), Rhaenyra’s second son, getting killed by his uncle, Aemond Targaryen (Ewan Mitchell), at Storm’s End before any real battles actually began.

The House of the Dragon season 1 finale will air on Sunday, October 23rd at 9 p.m. ET on HBO. Check out the trailer for the season finale below: