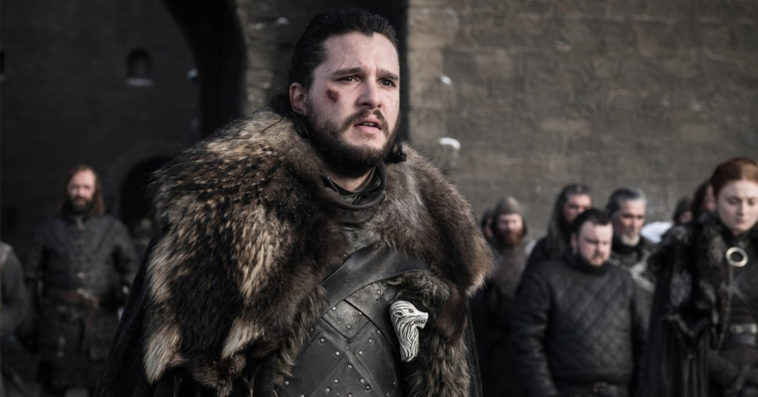 Kit Harington is spending his time off working on some personal issues.

The 32-year-old actor, who brought Jon Snow to life for eight seasons of Game of Thrones, has checked into a luxury rehab for stress and alcohol use weeks before the show’s finale on May 19th.

“Kit has decided to utilize this break in his schedule as an opportunity to spend some time at a wellness retreat to work on some personal issues,” Harington’s rep said in a statement, noting that the actor’s rehab stint “definitely won’t impact any potential upcoming work.”

According to Page Six, Harington has been at the Connecticut health retreat Privé-Swiss for nearly a month, where he has been undergoing psychological coaching and cognitive behavioral therapy, and practicing mindful meditation to relieve stress and cope with other negative emotions. Harington’s stay at the wellness retreat reportedly costs over $120,000 a month.

A friend of Harington told Page Six that the end of Game of Thrones hit the actor hard. “He realized ‘this is it — this is the end’, it was something they had all worked so hard on for so many years. He had a moment of, what next?” said the pal of the Pompeii actor, adding that his wife and fellow actress, Rose Leslie, is “being extremely supportive” of his decision to enter rehab.

Unlike some rehab patients in some rehab facility, Harington has been allowed to leave Privé-Swiss for breaks over the past month. In fact, locals in Connecticut have spotted the actor heading to a fitness and wellness studio and a book store.

Harington revealed in an interview with Variety that he started therapy when he became the focus of the hit HBO series. “My darkest period was when the show seemed to become so much about Jon when he died and came back,” he explained. “I really didn’t like the focus of the whole show coming onto Jon. When you become the cliffhanger of a TV show, and a TV show probably at the height of its power, the focus on you is f—–g terrifying.”

He continued: “That was a time when I started therapy and started talking to people. I had felt very unsafe, and I wasn’t talking to anyone.”

In the documentary Game of Thrones: The Last Watch which aired last May 26th, Harington got really emotional during the table read for the finale as he found out for the first time that Jon was the one who’s going to kill his aunt/lover Daenerys Targaryen (Emilia Clarke).

In GQ Australia’s cover story for this year’s January/February issue, Harington also admitted to breaking down after filming his final scenes for the series. “My final day of shooting, I felt fine … I felt fine … I felt fine … then I went to do my last shots and started hyperventilating a bit …Then they called ‘wrap’ and I just f—-g broke down,” he recalled. “It was this onslaught of relief and grief about not being able to do this again.”