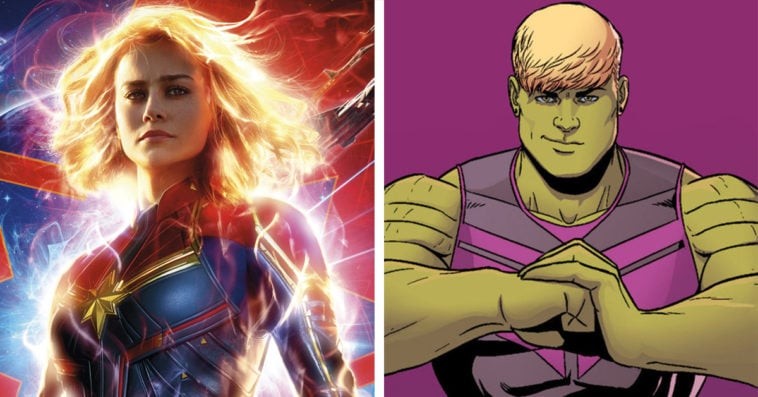 In line with Marvel’s commitment to making the Marvel Cinematic Universe (MCU) have better representation moving forward, the company is reportedly introducing a new LGBT superhero in Captain Marvel 2.

According to We Got This Covered, the Brie Larson-led sequel will bring in the gay character of Hulkling. Despite his name being closely similar to Hulk’s, Hulkling is not related to Bruce Banner by blood. He is also not exposed to high levels of gamma radiation like the renowned scientist who eventually became a founding of the Avengers. Instead, Hulkling is actually a heroic Skrull teenager.

#CaptainMarvel2 Will Introduce Another Gay Hero Into The MCU – https://t.co/fDHeVatyrE pic.twitter.com/mm1CjLFPpo

The Skrulls played a huge role in the first Captain Marvel movie, so it’s not that far of a stretch to include Hulkling in the sequel. The surprisingly kind alien race even had a cameo appearance in one of Spider-Man: Far From Home credits scenes, suggesting that Marvel has big plans for the Skrulls in future MCU installments.

However, sources told We Got This Covered that Hulkling will only have a small part in Captain America 2, as he will be featured more prominently in the rumored Young Avengers series for Disney+.

Just like in the comics, Hulkling will be portrayed as an openly gay teen who will eventually form a romantic relationship with Wiccan, Scarlet Witch’s son who is expected to make his MCU debut in the six-episode first season of WandaVision that is slated to be released in early 2021 on Disney+.

Hulkling and Wiccan coming to the MCU in all their gay glory?! You love to see it (please don’t just be a wafty rumour) pic.twitter.com/iFHZzLPwJZ

Though Captain Marvel 2 doesn’t have a release date yet, Marvel Studios president Kevin Feige confirmed at the San Diego Comic-Con last July that the film is already in development.