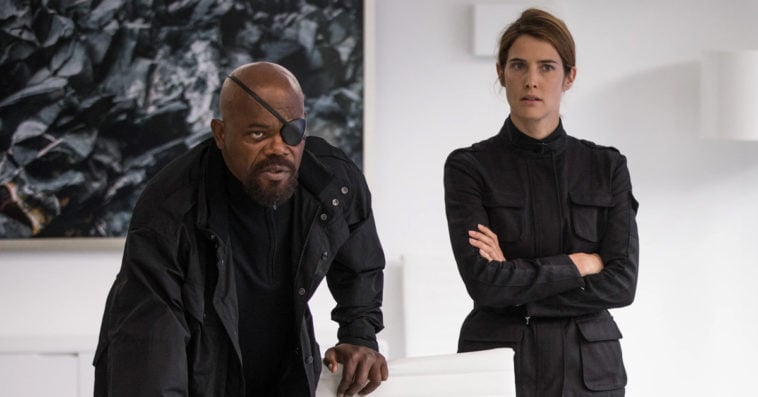 Though Marvel has yet to officially announce a sequel to the 2019 film Captain Marvel, a post-credit scene from Spider-Man: Far From Home has seemingly revealed a potential storyline for Captain Marvel 2.

This article contains major spoilers from the latest Spider-Man film, so if you haven’t seen the movie yet, skip this story for now and just go back after you’ve watched it.

At some point in the movie, Spider-Man, Fury, and Hill discover that Mysterio is not really a superhero from another Earth, but a former illusions specialist at Stark Industries named Quentin Beck, who seeks out to replace the late Tony Stark (Robert Downey Jr.) as Earth’s next defender by feigning several Elemental attacks across the world with the use of his drones. After Beck’s true identity is exposed, and his plan to continue his destructive rampage across the continent of Europe is revealed, Spider-Man fights him in a battle that ultimately results in the latter’s defeat.

Surprisingly, Mysterio’s fraudulence isn’t the biggest twist in the movie. The film’s second post-credits scene reveals that the Fury and the Hill that viewers see in most parts of the movie aren’t the real super spies, but are Skrulls copying them.

It turns out that Talos (Ben Mendehlson) and his wife Soren (Sharon Blynn) are called by the real Nick Fury to Earth to impersonate him and Maria Hill to watch over Spider-Man. While Talos and Soren deal with Beck and the Elementals, Fury is in space aboard a huge Skrull starship for reasons yet to be known.

The friendship between Talos and Fury started in the movie Captain Marvel, in which Fury and Carol Danvers (Brie Larson) helped Talos in the ‘90s to help save his people.

Though Spider-Man: Far From Home doesn’t include any Kree appearances, Talos mentioned about a certain “Kree sleeper cell” in the movie. Though neither Talos nor Soren elaborated on what it means, the Kree reference and the Skrulls huge roles in Spider-Man: Far From Home suggests that the Kree-Skrull War might not be over yet and fans might see its continuation in Captain Marvel 2.