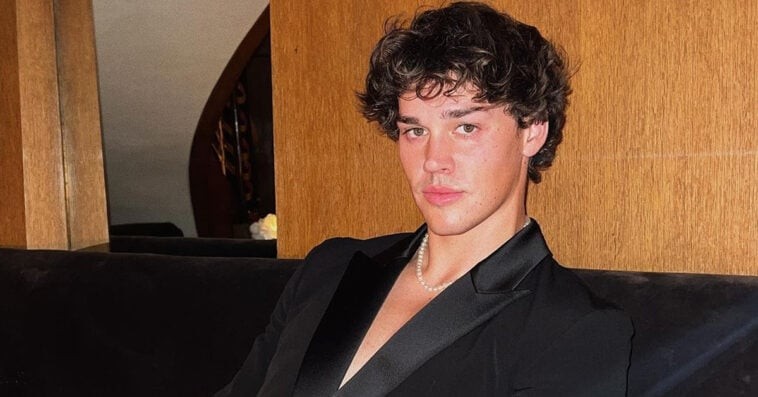 Noah Beck is an American social media personality best known for his TikTok videos. With over 45 million followers across different social media platforms, Beck is one of the sought-after, youngest social media influencers in the United States today. Read on to find out how much Noah Beck net worth is and how the former soccer player became so popular online.

What is Noah Beck net worth?

How much money does Noah Beck make a year?

Beck’s monthly income is reportedly more than $45,000, so the famous TikTok star is earning over $500,000 per annum. Below is a rundown of how Beck managed to earn such a huge amount of money at a very young age.

A huge portion of Noah Beck net worth comes from his earnings from TikTok. As of August 2022, Beck has over 33.8 million followers on TikTok, making him one of the top choices of companies and marketers for paid content, brand deals, promotions and sponsorships. CAKnowledge.com reported that he earns between $1500 and $2600 from each post on the social networking site.

Beck started using TikTok while in quarantine during the COVID-19 pandemic in 2020. After his videos began to go viral within a month, Beck seized the moment and uploaded more videos to expand his following. While most of Beck’s most popular videos are either fitness- or fashion-related, he also creates content that features dances and skits to audio clips of songs, movies, and TV shows.

To further solidify his status as a social media celebrity, Beck signed up with TalentX Entertainment, a premier social media monetization and talent development company. In June 2020, he joined The Sway House after member Blake Gray reached out to him about the content collective. Described as a content machine, The Sway House has allowed Beck to collaborate with other social media personalities, including Bryce Hall, Josh Richards, and Griffin Johnson.

Noah Beck net worth also includes his earnings from his acting gigs. Aside from appearing in a number of music videos, Beck appeared in an episode of Nickelodeon’s Side Hustle. He’s also the star of AwesomenessTV short-form series Noah Beck Tries Things, which premiered in January 2021.

Beck, who was enrolled in an acting class in 2021, will be next seen in the 2023 romance movie The QB Bad Boy and Me. In addition to playing the film’s main role, Drayton Lahey, Beck will also serve as one of the executive producers of the project.

Noah Beck net worth also includes the value of the properties he owns. Noah reportedly has a beautiful house located in one of the luxurious areas in Los Angeles. Multiple websites also claim that the social media star owns multiple real estate properties in different parts of the country.

Though Beck is not that fond of cars, he still has a few of them, including a Nissan Maxima, which costs around $37,000.

Beck, whose complete real name is Noah Timothy Beck, reportedly grew up in a well-settled Christian family in Peoria, Arizona. His father is a businessman, while there’s no known information about his mother.

Beck attended Ironwood High School, a public secondary school located in Glendale, Arizona. During his high school days, he played for the SC del Sol club soccer team in Phoenix and was a team captain in the U.S. Youth Soccer Olympic Development Program from 2014 to 2017.

Beginning in 2019, Beck attended the University of Portland where he had a full-ride scholarship. He was a midfielder for the Portland Pilots men’s soccer during his college years. In 2019, he played 17 games and scored a total of 4 goals in the process.

Due to the COVID-19 pandemic, Beck completed the second semester of his freshman year online, before ultimately dropping out.

Who is Noah Beck dating?

Beck is currently in a romantic relationship with his fellow TikTok star Dixie D’Amelio. The pair reportedly began dating during the COVID-19 lockdown in 2020 and has never been apart since then. The pair confirmed that they are romantically involved in October 2020, a few months after the release of the music video for D’Amelio’s song Be Happy, in which they shared a kiss.

While fans love them together, the two had been involved in a lot of controversies. For instance, in December 2020, Beck and D’Amelio were criticized by fans for vacationing in Nassau, Bahamas during the peak of the COVID-19 pandemic. Beck responded to the criticisms by saying that he needed time to “disconnect,” noting that they were careful, traveled by private jet, and stayed in a mostly empty hotel.