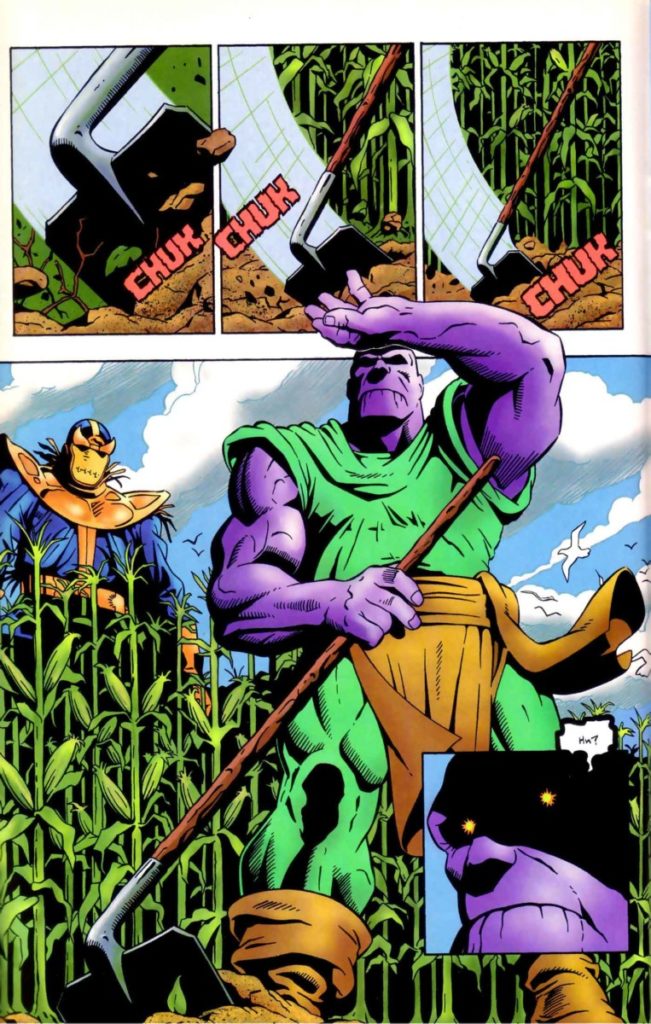 We are not so sure that retirement will suit Thanos.

He does set his sight out early in Infinity War though; he intends to complete his mission to rid the universe of half its population and then chill out.

In the final scene of the movie, he looks pretty happy to just chill and look over the land.

The fact that Thanos is content not to be all-powerful is a minor reference to the Infinity Gauntlet series, where the big purple dude settles down and enjoys life as a farmer.

We don’t know about you guys, but we wouldn’t be overly fond of negotiating crop prices with him. 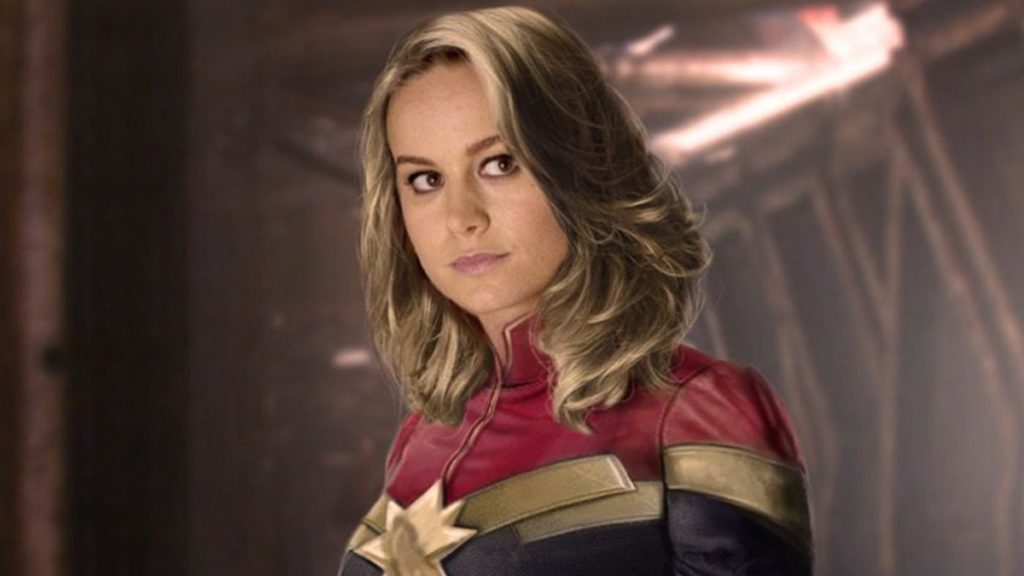 If you leave the theater before the end of the credits when you are at a Marvel movie, then your time is clearly far more valuable than mine.

This is a franchise that has made the post-credit scene an infamous staple in the diet of geeks everywhere.

This time around, Samuel L. Jackson pops up with an unexpected cameo as Nick Fury. Here he uses a pager to send out a distress signal to someone, but all you see is a symbol.

This happens just as himself and Cobie Smulders’ character suffer the consequences of Thanos’ actions.

So, who was he trying to get in contact with?

The answer is Captain Marvel, who is set to make their solo movie debut in March 2018,  just a few months before Avengers 4.

Brie Larson stars as Carol Danvers and this is the clearest indication yet that she may have something to do with the conclusion of this series.