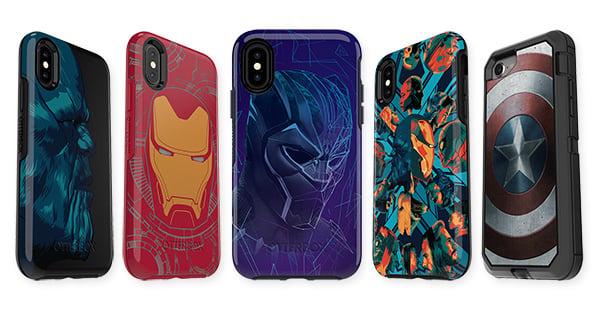 There was an idea to bring together a group of remarkable protective cases, so when they were needed, each device could fight the battle against drops.

Of course, Otterbox has a reputation for building SUPER tough cases, so we would expect nothing less from this series.

The series includes case covered in Black Panther, Iron Man, Captain America’s shield, and the villain of the week – Thanos. The Black Panther case features Otterbox’s first ever OtterBox glow-in-the-dark design, “Wakanda Forever”. But our favorite of the lot is the “Assemble!” case which features multiple Avengers arranged in a collage.