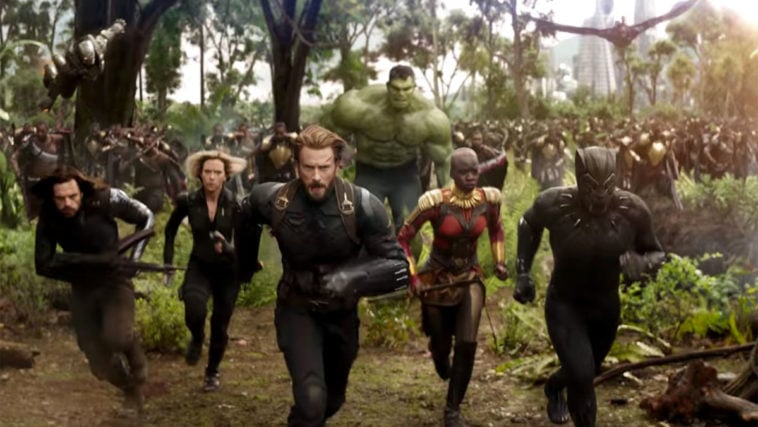 You know that annoying person in your office who always reveals the most important elements of movies and TV shows?

For instance, they told you in The Others they were all dead? Or in the Sixth Sense, Bruce Willis’ character is dead as well? Or in Seven… well, you get the idea.

You know that guy or girl, right?

As the above demonstrates, I am that person and Marvel has a message for spoilers like me – DON’T DO IT FOR AVENGERS: INFINITY WAR!

The directors of the film, Anthony and Joe Russo, issued a pleading letter to fans on Twitter asking them to avoid giving away spoilers. The letter appears to be in the hand of the movie’s villain, Thanos.

It states that all the cast and crew have been working for “the past two years maintaining the highest level of secrecy” and that secret has been essential to keeping the excitement going for fans.

Ahead of its Los Angeles premiere on April 23, the Russos (and Thanos) are asking fans who do see the film to keep their mouths in check when chatting to fans who haven’t.

This is because they want all fans to have an “equal experience when they watch it for the first time.”

And they added,”Only a handful of people know the film’s true plot.” They topped it off with the hashtag, #ThanosDemandsYourSilence.

Well Thanos, all this this secrecy is very intriguing.

It indicates that there will be some big twists in Avengers: Infinity War.

Maybe it’s like The Others and The Sixth Sense. Maybe they are all already dead… isn’t that Hollywood’s go-to twist?

If they do manage to keep the secrets for the movies under wraps, it will make a nice change from Thor Ragnarok, where Mark Ruffalo accidentally live streamed part of the premiere.