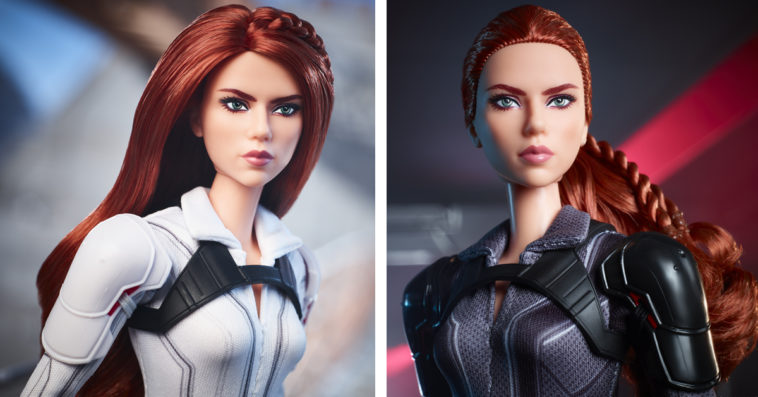 Black Widow is the latest Marvel superhero to get the Barbie doll treatment.

Designed by Bill Greening, the dolls are sculpted to the likeness of Scarlett Johansson, who plays Black Widow in the Marvel Cinematic Universe. Both dolls are dressed in a bodysuit complete with armored shoulders, knee-high boots, and a utility belt bearing the character’s formidable red hourglass icon. Both dolls are also equipped with the same set of weapons, including the character’s signature dual batons and electric Widow’s Bite bracelets.

Articulation in the arms and legs of the dolls allows for striking poses and dynamic displays. Though the dolls cannot stand on their own, each set comes with a doll stand. 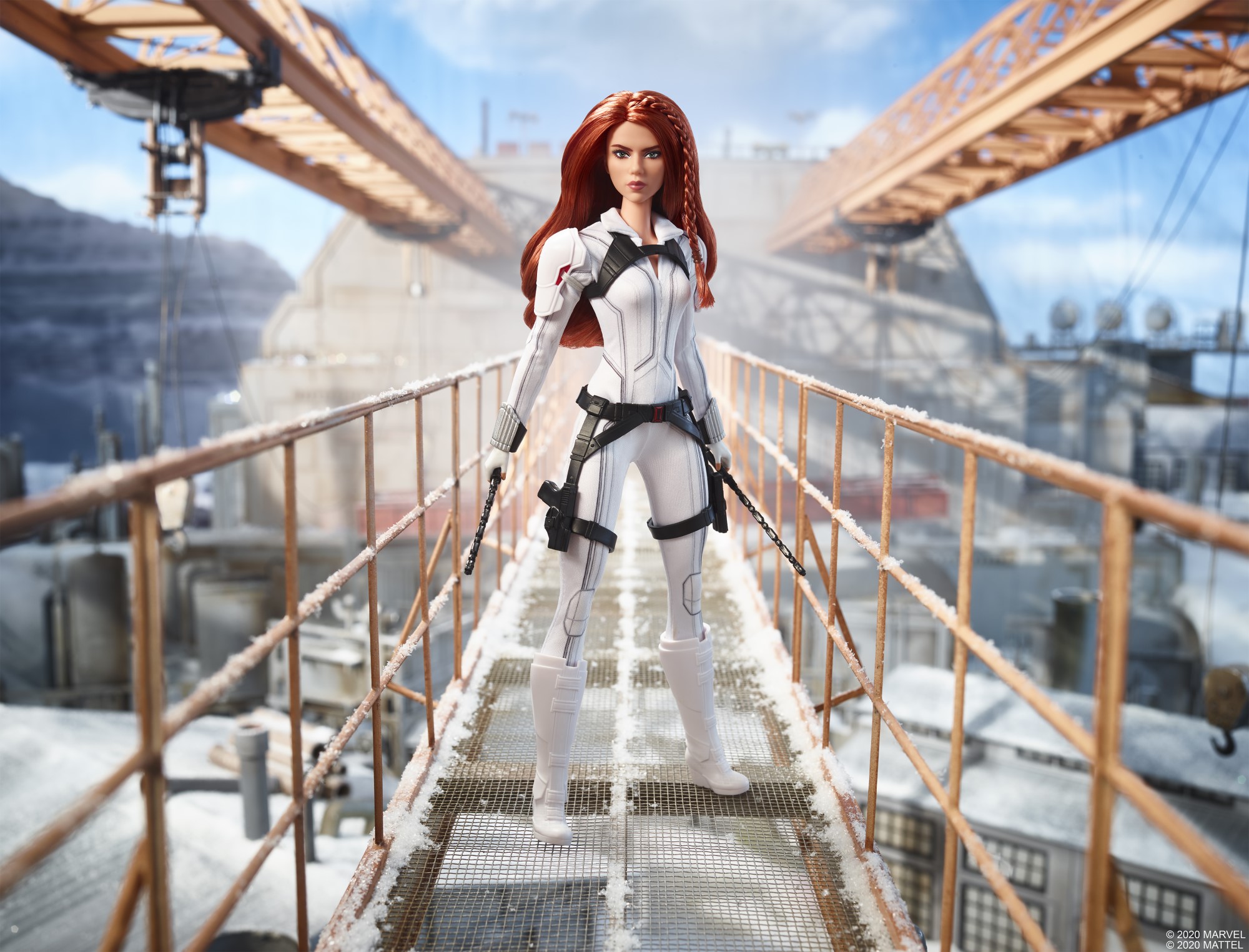 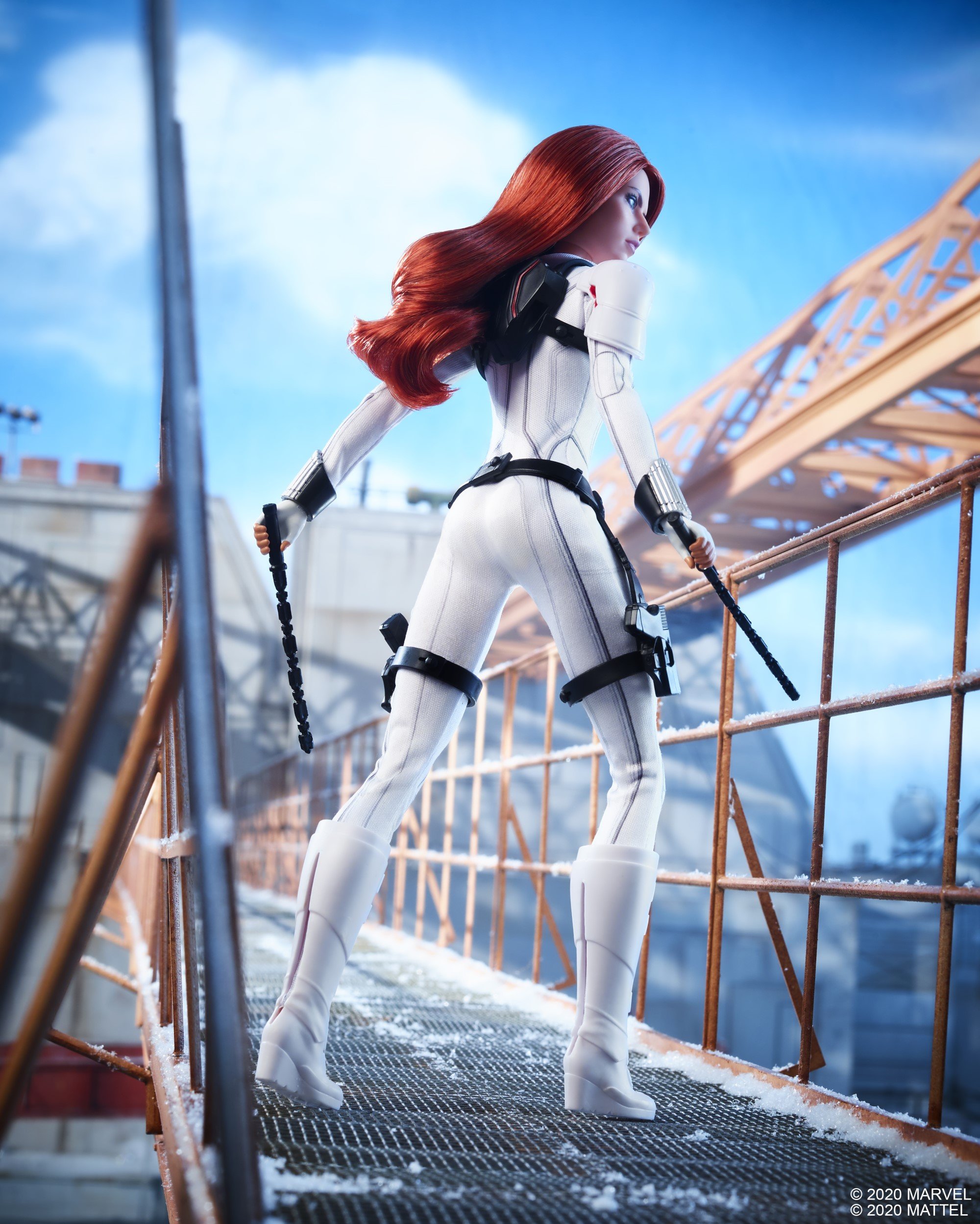 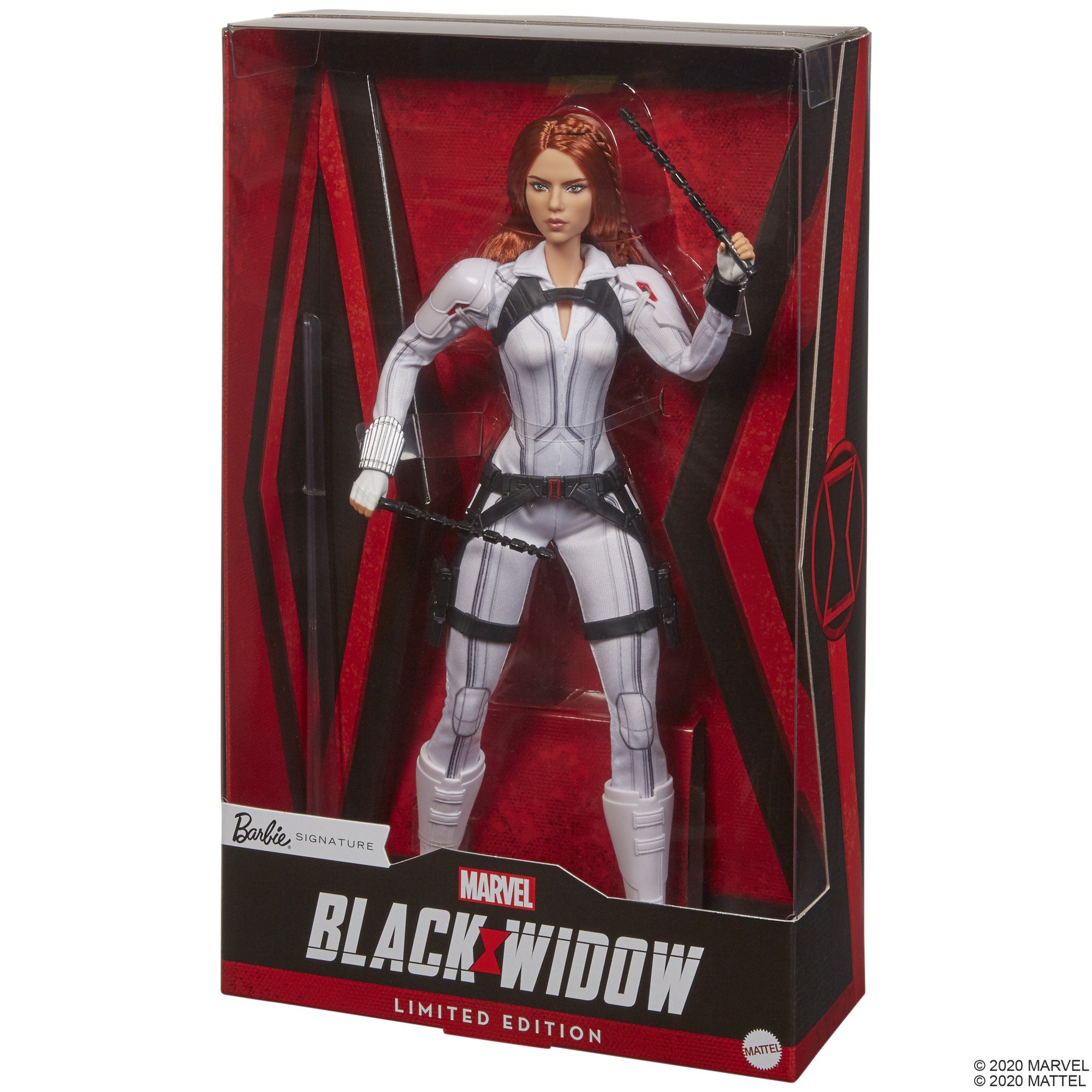 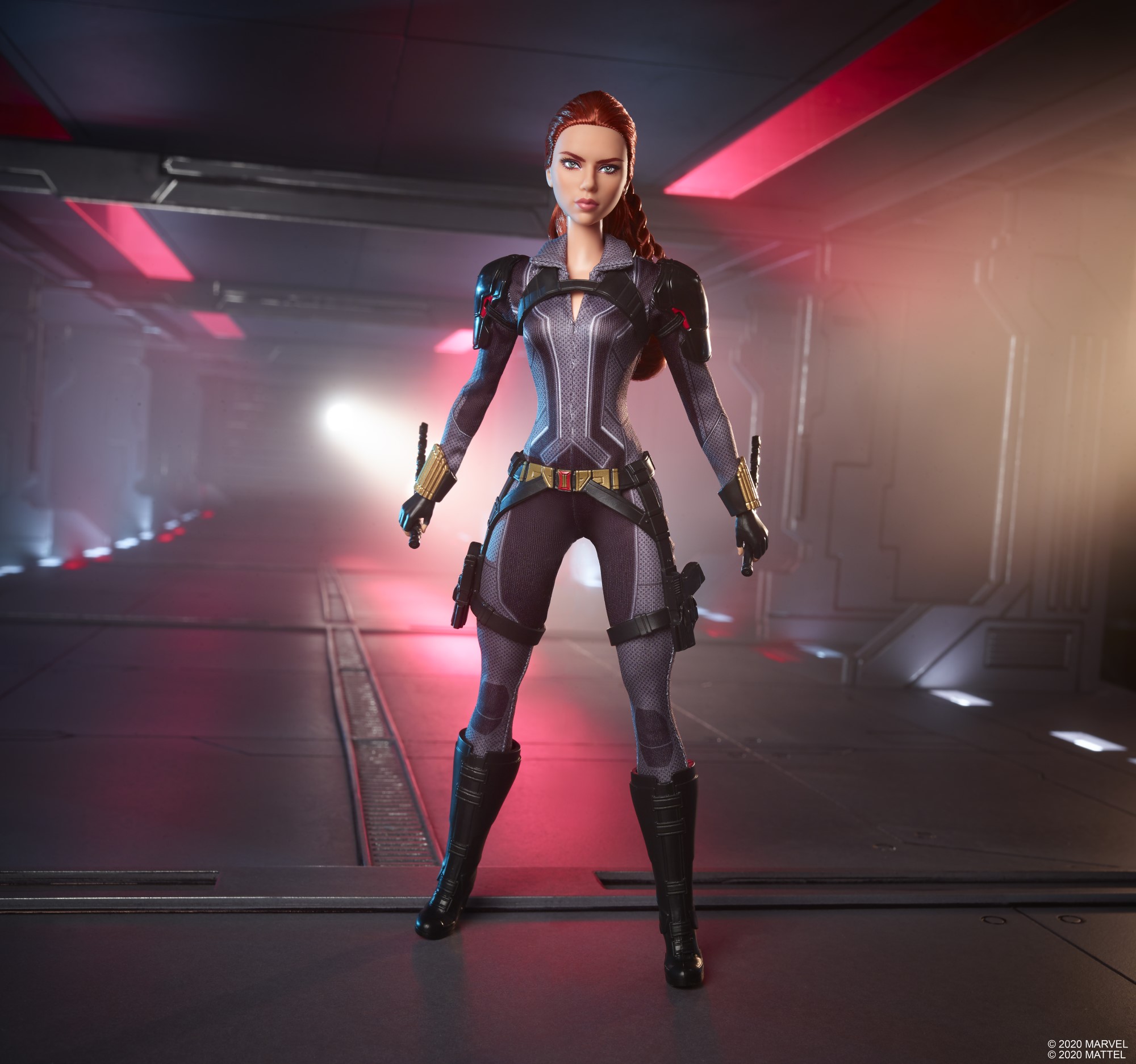 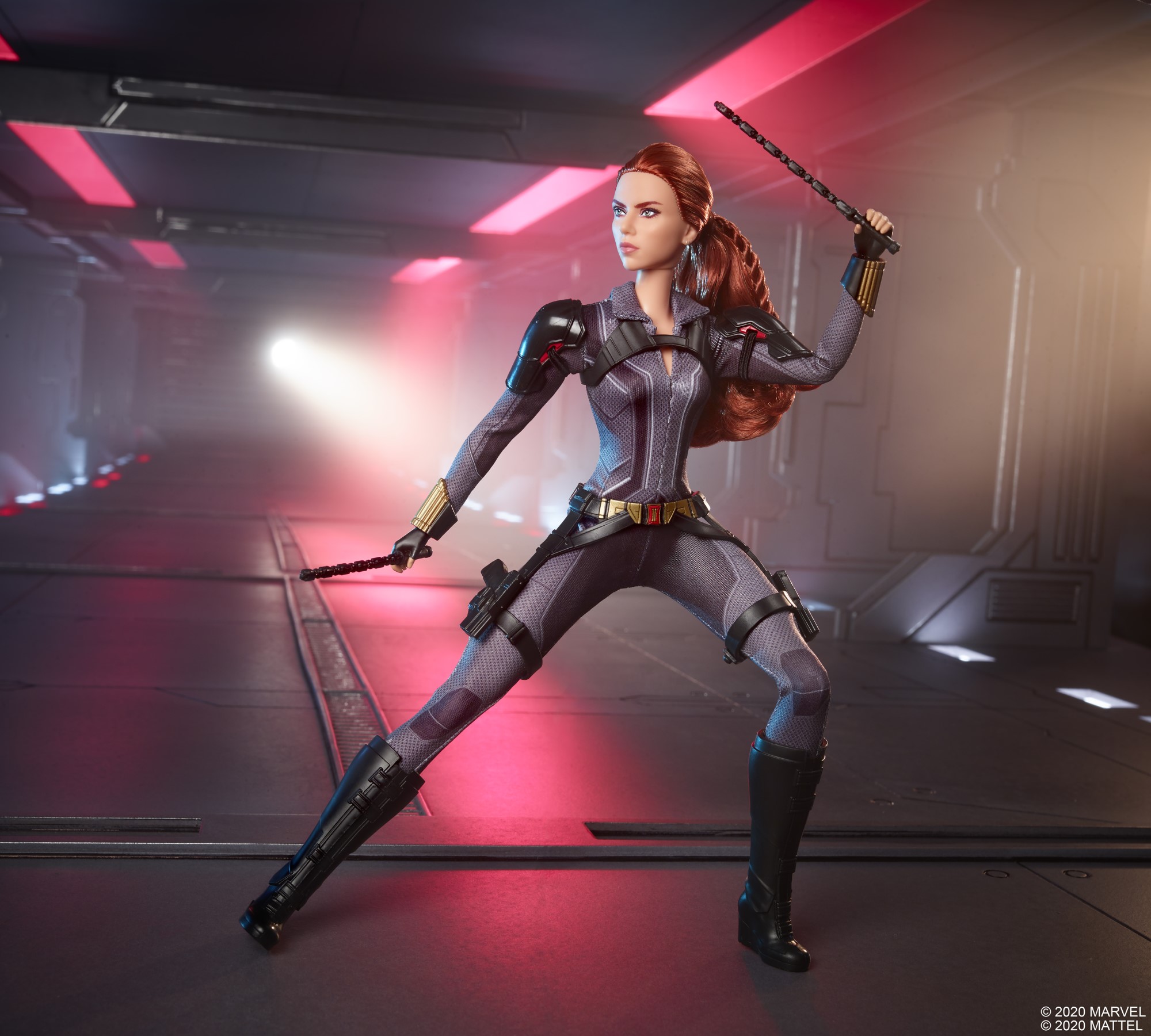 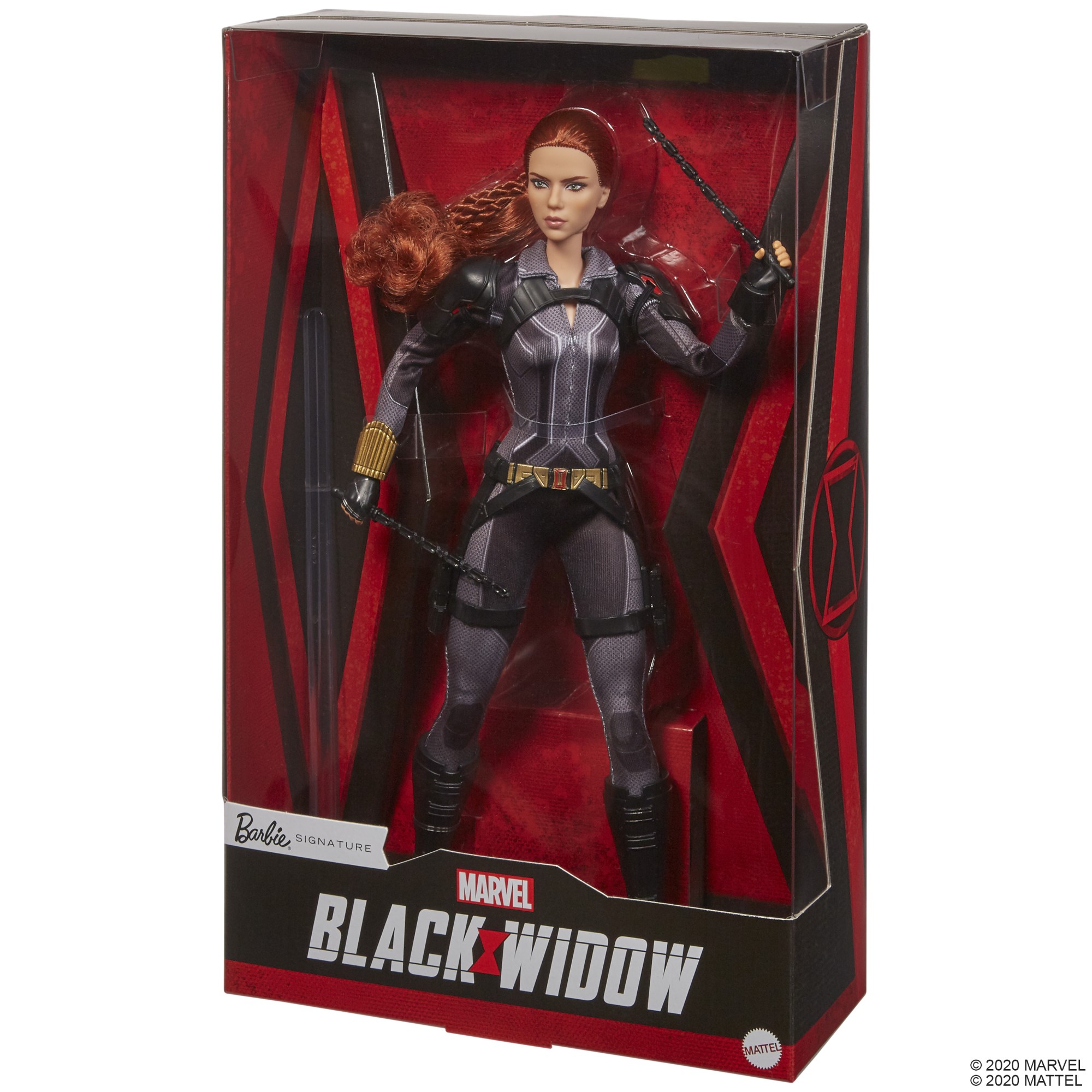 Directed by Cate Shortland and produced by Kevin Feige, Black Widow picks up after the events of 2016’s Captain America: Civil War, with Natasha Romanoff finding herself alone and forced to confront a dangerous conspiracy connected to her past. Pursued by a force that will stop at nothing to bring her down, Romanoff must deal with her history as a spy and the broken relationships left in her wake long before she became an Avenger.

The first film in Phase Four of the MCU, Black Widow also stars Florence Pugh as Yelena Belova, David Harbour as Alexei Shostakov, aka Red Guardian, and Rachel Weisz as Melina Vostokoff, among many others.

After its theatrical release was delayed twice from an original May 2020 date due to the COVID-19 pandemic, Black Widow is now scheduled to open in U.S. theaters on May 7th, 2021.