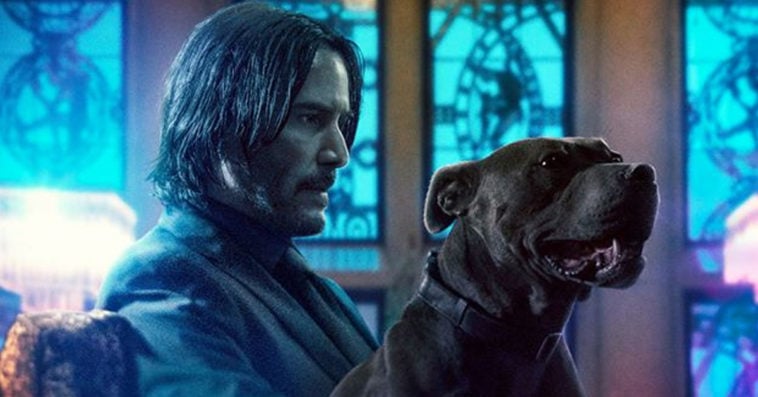 Two months after releasing the first official trailer for John Wick: Chapter 3 — Parabellum, Lionsgate has dropped a brand new trailer for the Keanu Reeves starrer to get fans even more excited for the upcoming premiere of the action thriller.

Amazingly, the new trailer doesn’t disappoint. Aside from featuring heart-stopping fight scenes that we all love, it also offers a number of new details about the movie’s plot.

For one, it looks like Winston (Ian McShane) tries to convince The Adjudicator (Asia Kate Dillon) of The High Table to remove the bounty on Wick’s (Reeves) head. But since Wick broke a cardinal Continental rule of when he assassinated Santino D’Antonio (Riccardo Scamarcio) on Continental grounds, the council of high-level crime lords has no choice but to excommunicate him from the group. “Mr. Wick broke the rules,” The Adjudicator tells Winston. “I trust you understand the repercussions if he survives.”

Despite The Adjudicator’s ominous reminder, Winston still chooses to help Wick in his quest, most likely because of the marker the hotel owner gave to the assassin at the end of the last film. For those who aren’t familiar, a marker is a small round metal object indicating the debt of a blood oath between two individuals. In the new trailer, Winston gives Wick access to his weapon stash as a response for his request for guns.

In order to get out of New York City, Wick also seeks the help of his close friend and fellow hitman Sofia (Halle Berry). Though reluctant at first, Sofia agrees to fight alongside him. “After this, we are less than even,” Sofia tells Wick, suggesting that Wick has done a big favor for her in the past.

In addition to Winston and Sofia, The Director (Anjelica Huston) herself also lends a hand to Wick but doesn’t quite get why he’s doing what he’s doing.

“All of this for what? Because of a puppy?” The Director asks the assassin.

Does this quick convo mean that Wick’s new pit bull will die in the third installment of the films series? The pit bull in question appears at the beginning of the trailer, but is not seen in the rest of the video. Will the nameless pit bull have the same fate as Wick’s beagle Daisy in the first movie?

We’ll all find out when John Wick: Chapter 3 — Parabellum hits the theaters on May 17th.