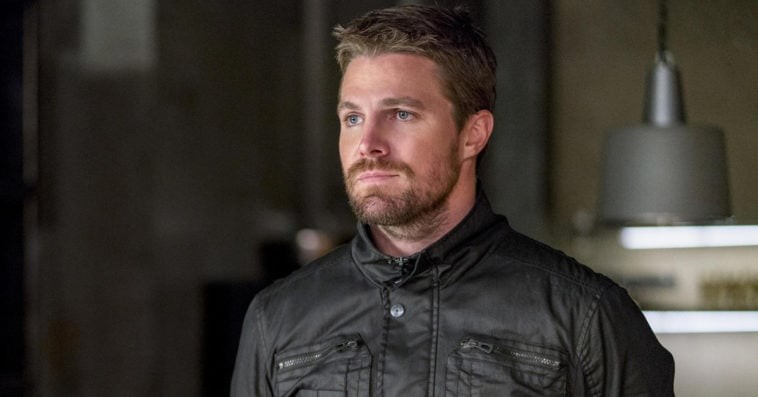 It looks like Stephen Amell is open to reprising his role as Oliver Queen after all.

On Wednesday, the Arrow alum retweeted a news report about Showtime’s revival of the serial-killer drama Dexter. While Amell didn’t say anything about the CW series or his role as Oliver Queen, the actor did write the statement, “This is why you never say never,” which for many fans seems to indicate that he’s on board with revisiting his Green Arrow role at some point in the future.

This is why you never say never. https://t.co/aEcnFpsPtl

If that’s what Amell is trying to say, then it’s definitely great news for Arrow fans. But this interpretation clashes with the actor’s previous statement about the possibility of him playing Oliver Queen again. During an Instagram Q&A with fans in March, Amell was asked if he’s open to reprising his Green Arrow role in any of the ongoing series in the Arrowverse, and the actor replied, “No, I’m done. That was good. It was a good eight years, but it was time to be done.”

Arrow’s eight-season run came to an end back in January with the titular character sacrificing his life to save the Multiverse in Crisis on Infinite Earths. Whether or not Amell picks up Oliver Queen’s bow and arrow once again sometime in the future, the actor previously tweeted that playing the billionaire playboy-turned-vigilante is an experience that he would cherish forever.

“Today’s bittersweet,” Amell wrote on Twitter hours before the series finale in January. “Arrow meant so much to me for so many years. It was a transformative journey… but it was time to let it go. I lace my boots and don the hood one last time tonight. I’ll forever cherish being an ambassador for Oliver Queen. Thank you for the honor.”

Amell will be next seen in the Starz wrestling drama, Heels. After being delayed by COVID-19, production on the eight-episode season 1 of the series is now ongoing. The cable network, however, has yet to set a premiere date for the series.