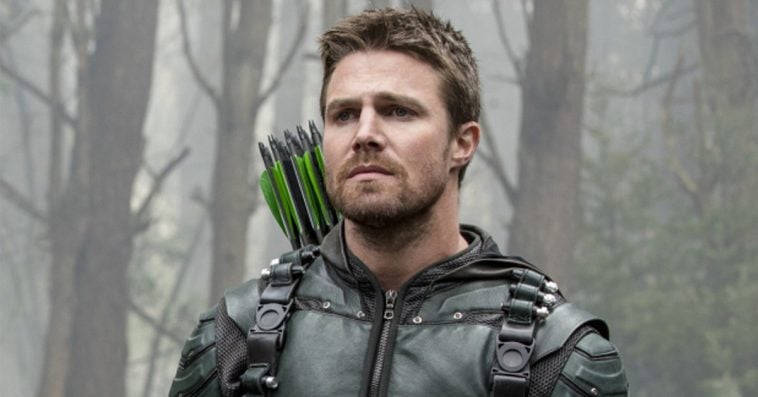 Stephen Amell is at peace with how Oliver Queen’s hero journey ended.

On Tuesday, following the death of his character in the five-part crossover Crisis on Infinite Earths, Amell took to Twitter to address his official departure from the Arrowverse. And based on his tweet, the actor seems really proud of what he had done for the media franchise since the first time he suited up as the Green Arrow in 2012.

8 seasons and an entire Universe seems like a pretty good time to step away.

As expected, fans were quick to send love to Amell, with many of them thanking him for eight incredible seasons of Arrow.

We love you! We have not yet overcome everything that has happened. You are amazing, you started it all years ago.

You will always be a legend. Brazil loves you! 😭😍

Thank you for all these wonderful years. #CrisisOnInfiniteEarths

What a legendary fucking ending thank you for all the elite episodes and fight scenes pic.twitter.com/2BZS9DPAMw

Thank you Stephen Amell for these last 8 years as the Green Arrow. You were a part of my childhood and I am very thankful for entertaining me over the years. pic.twitter.com/M2bWgYGL7k

You’ve been a pioneer, a trendsetter and a Legend (no, not that kind of Legend 😉).

We’ll all be eternally grateful to everything you have given us.

You never failed the Arrowverse… you built it. ❤️ pic.twitter.com/Gbw1wAXCyi

While a lot of fans seem to have already accepted Oliver’s fate, others aren’t ready to say goodbye yet.

Oliver died in the first hour of the crossover. Though he returned from the dead and became The Spectre, Oliver ultimately sacrificed his life once again to rebirth the universe. Fans had known about the hero’s impending death since the 2018 crossover Elseworlds where he made a deal with The Monitor (LaMonica Garrett) to ensure the safety of Barry Allen/The Flash (Grant Gustin) and Kara Danvers/Supergirl (Melissa Benoist). Oliver’s demise was then confirmed in Arrow’s Season 7 finale.

In an interview with TV Guide last August, Amell revealed that he’s actually the one who pitched Oliver’s ending in Arrow. “It’s what I want. I pitched it for a very long time. It’s what I want, but concurrently, that doesn’t mean that there aren’t surprises along the way,” Amell said at the time. “I was floored when I got the pitch for the crossover. I don’t see it coming — nobody sees it coming. It’s going to be so rad.”