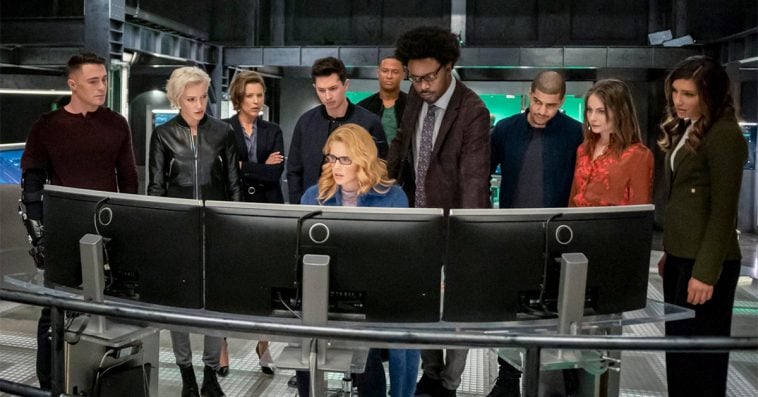 A lot of familiar faces are coming back to Star City for next week’s series finale of Arrow.

Based on the recently released first-look photos from the episode, Emily Bett Rickards returns as Felicity Smoak to attend Oliver Queen’s (Stephen Amell) funeral.  As fans can remember, Rickards left the series at the end of season 7, where her character went off into hiding with hers and Oliver’s newborn daughter, Mia. 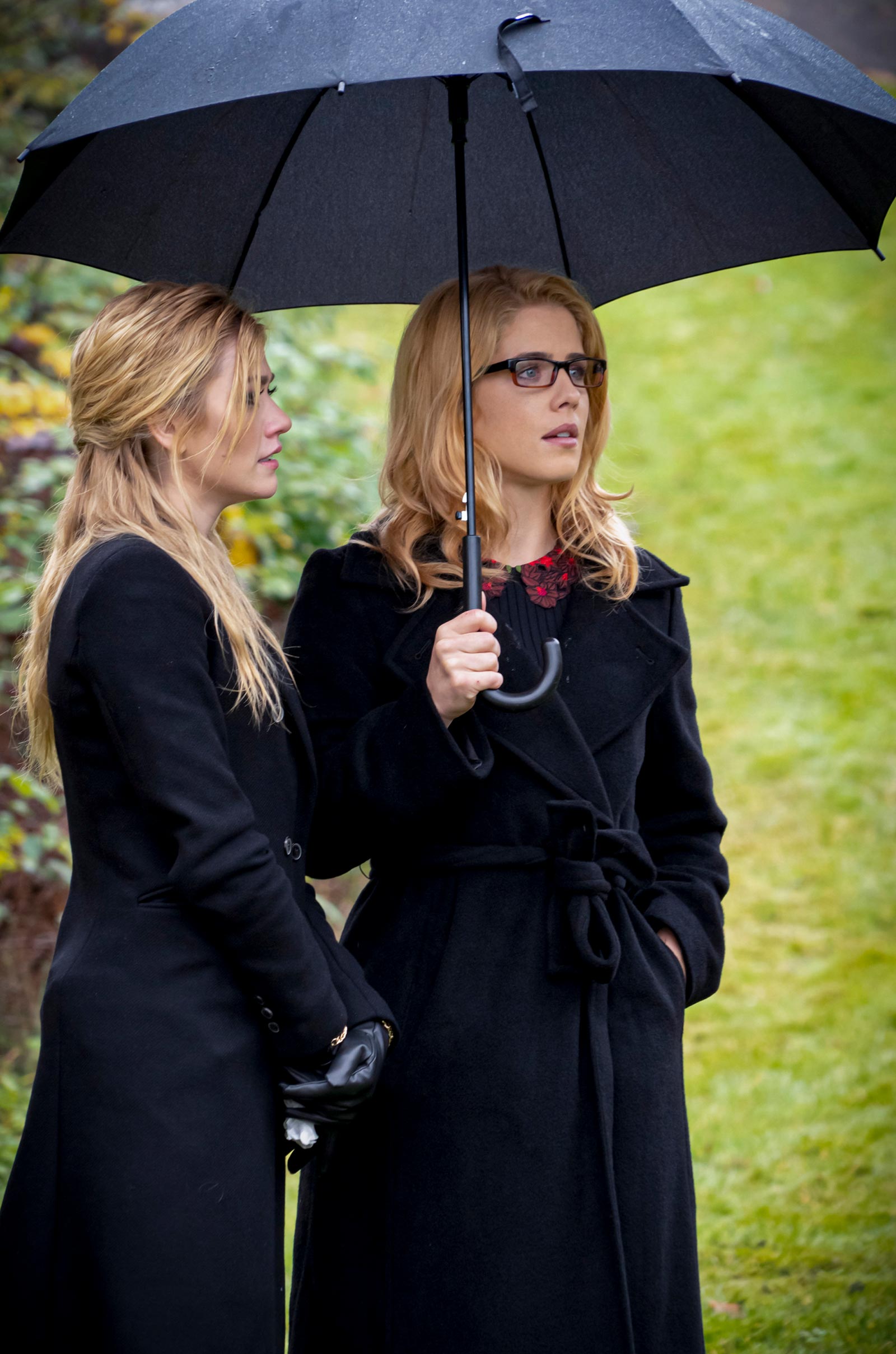 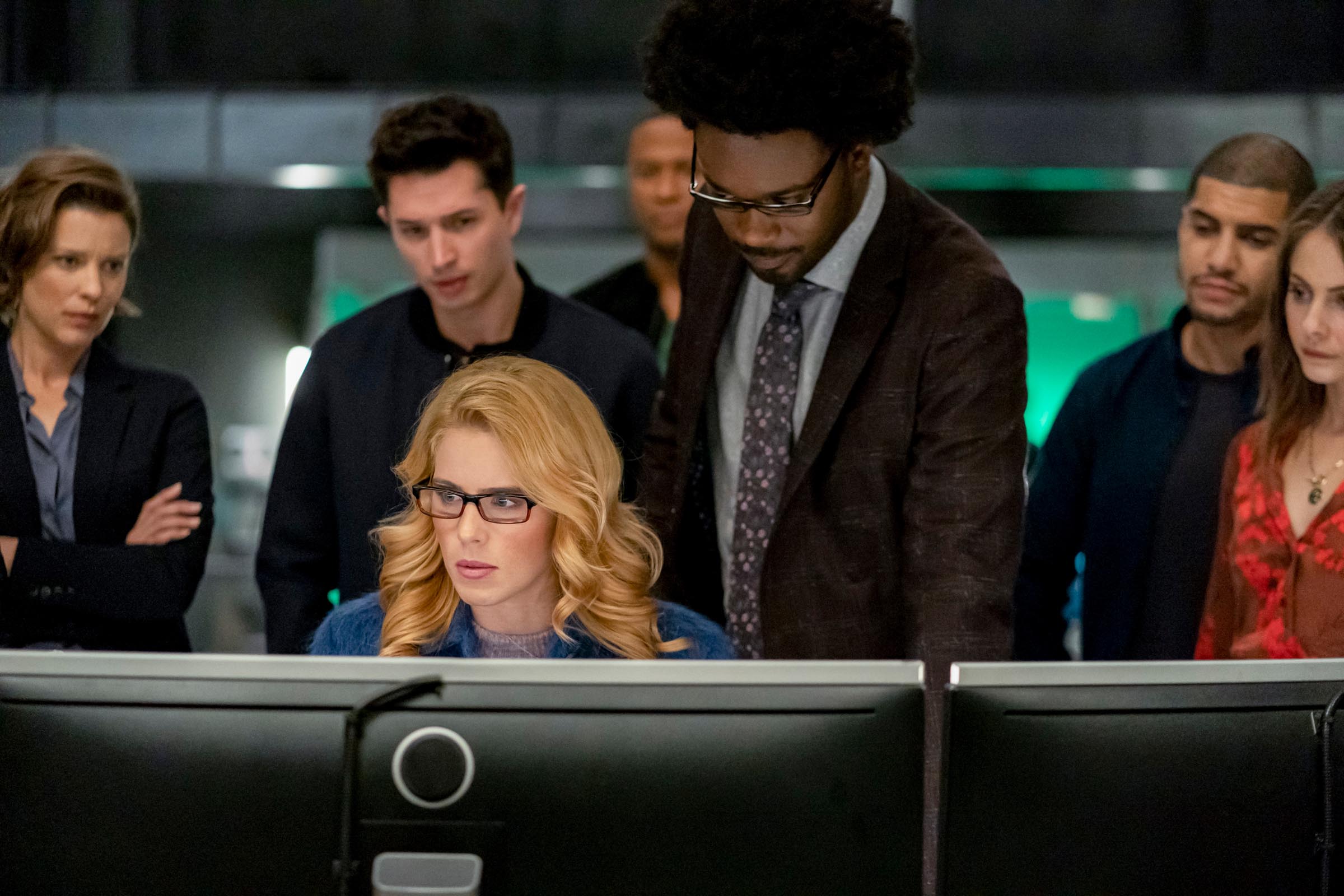 Fan-favorite Joe Dinicol also reprises his role as Rory Regan/Ragman in the finale, which also sees the return of Echo Kellum’s Curtis Holt as well as Willia Holland’s Thea Queen and Colton Haynes’ Rory Harper, who are seem poised to put their complicated recent history behind them. 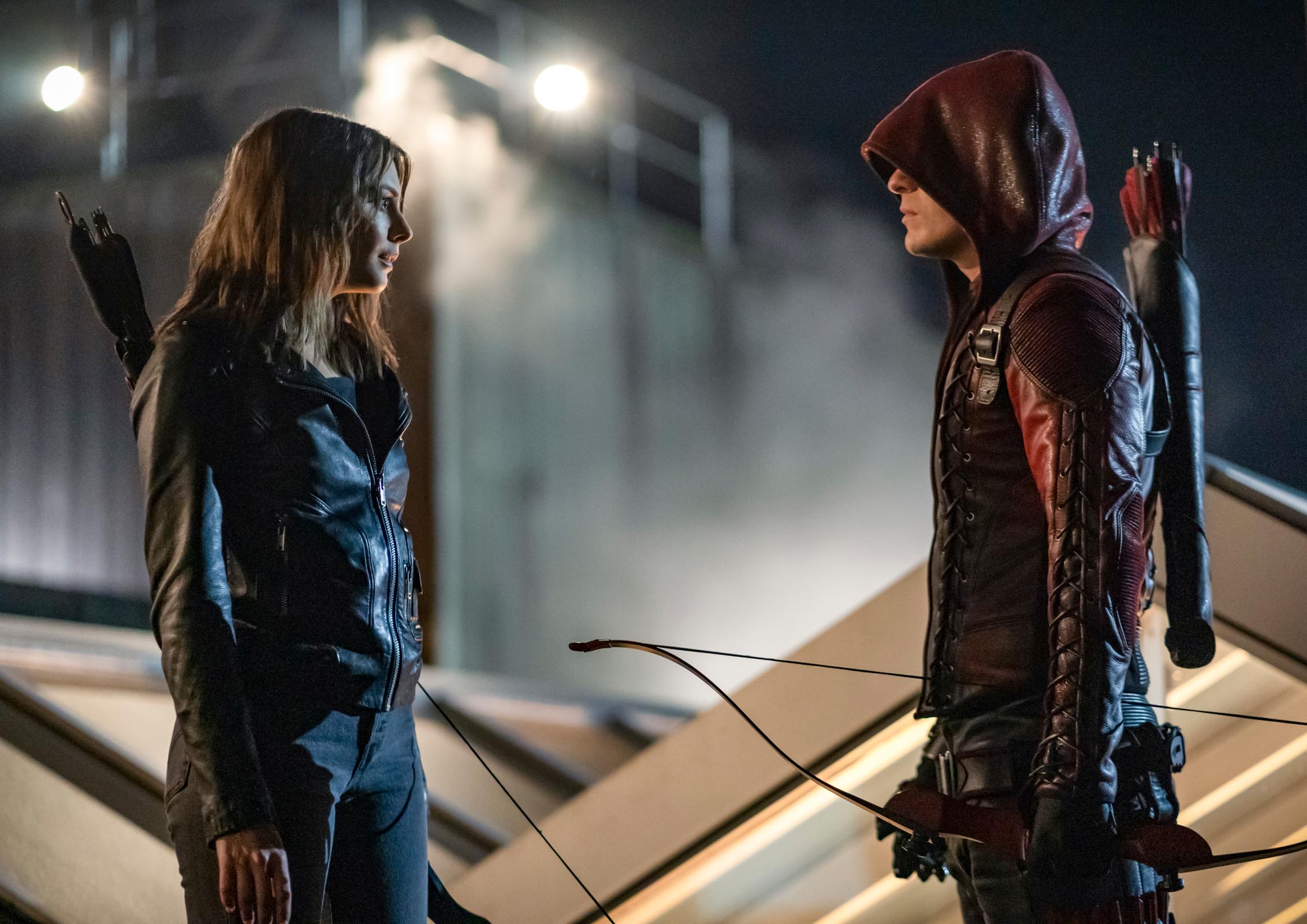 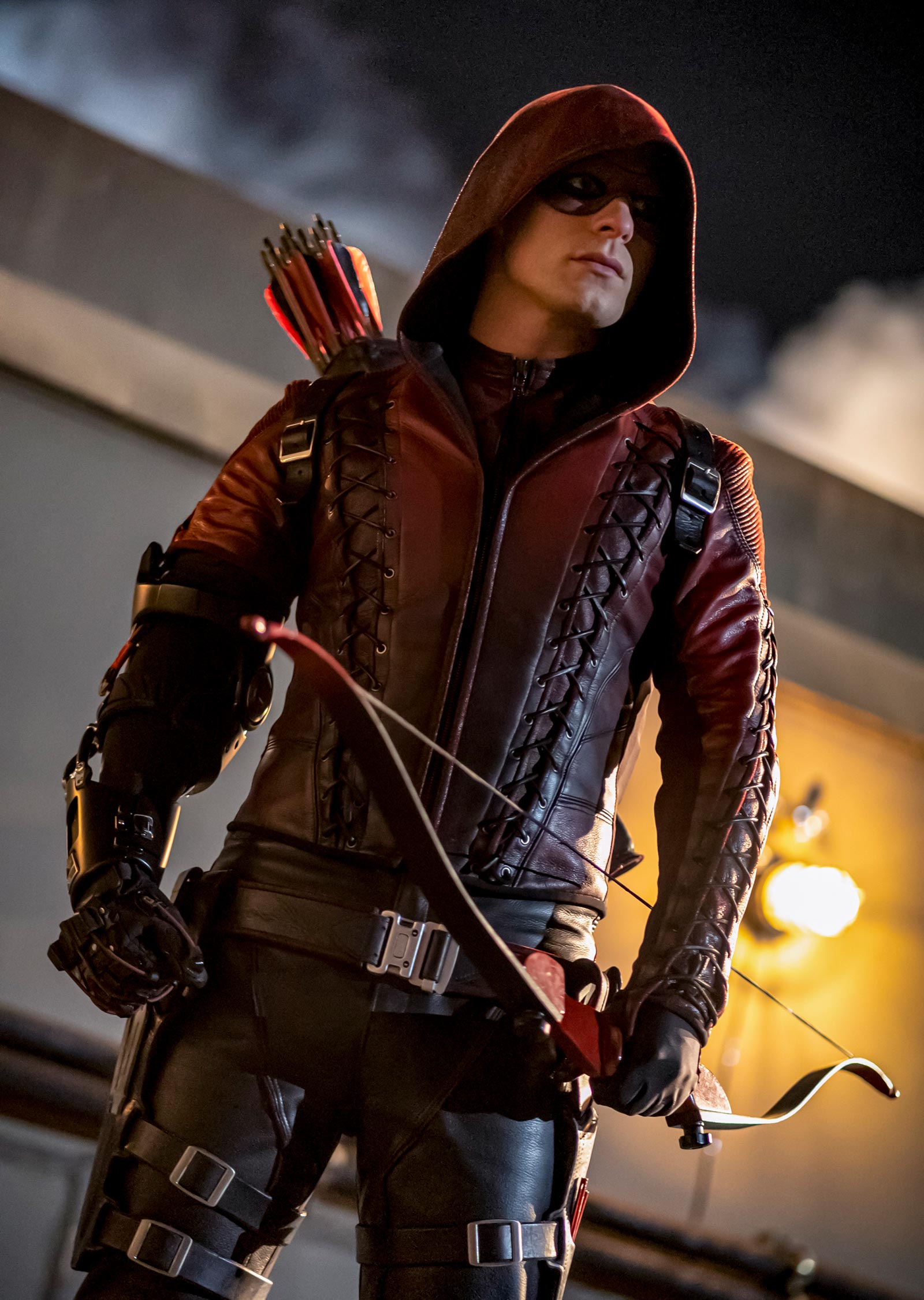 Shockingly, Moira (Susanna Thompson) and Emiko Queen (Sea Shimooka) appear to have been resurrected from the dead after the events of Crisis on Infinite Earths, as both characters are present in the funeral. 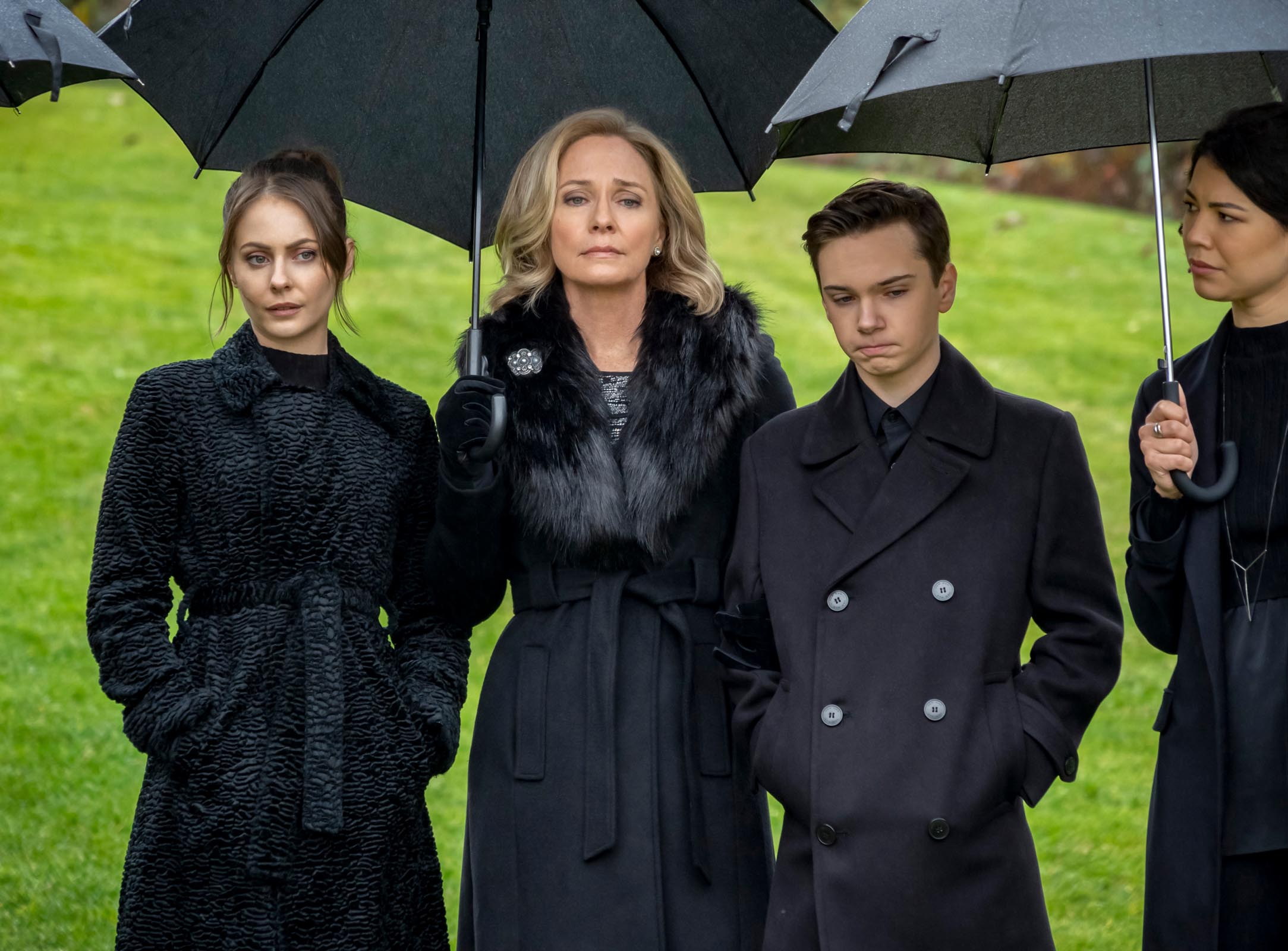 Though not seen in any of the finale photos, Paul Blackthorne, who played the late Quentin Lance, will also appear in the finale, as consulting producer Marc Guggenheim previously revealed that Quentin has  “a really, really poignant scene” with Katie Cassidy’s Laurel Lance.

The finale is also a crossover of sorts as The Flash’s Barry Allen (Grant Gustin) and Legends of Tomorrow’s Sara Lance (Caity Lotz) are both dropping by Star City. 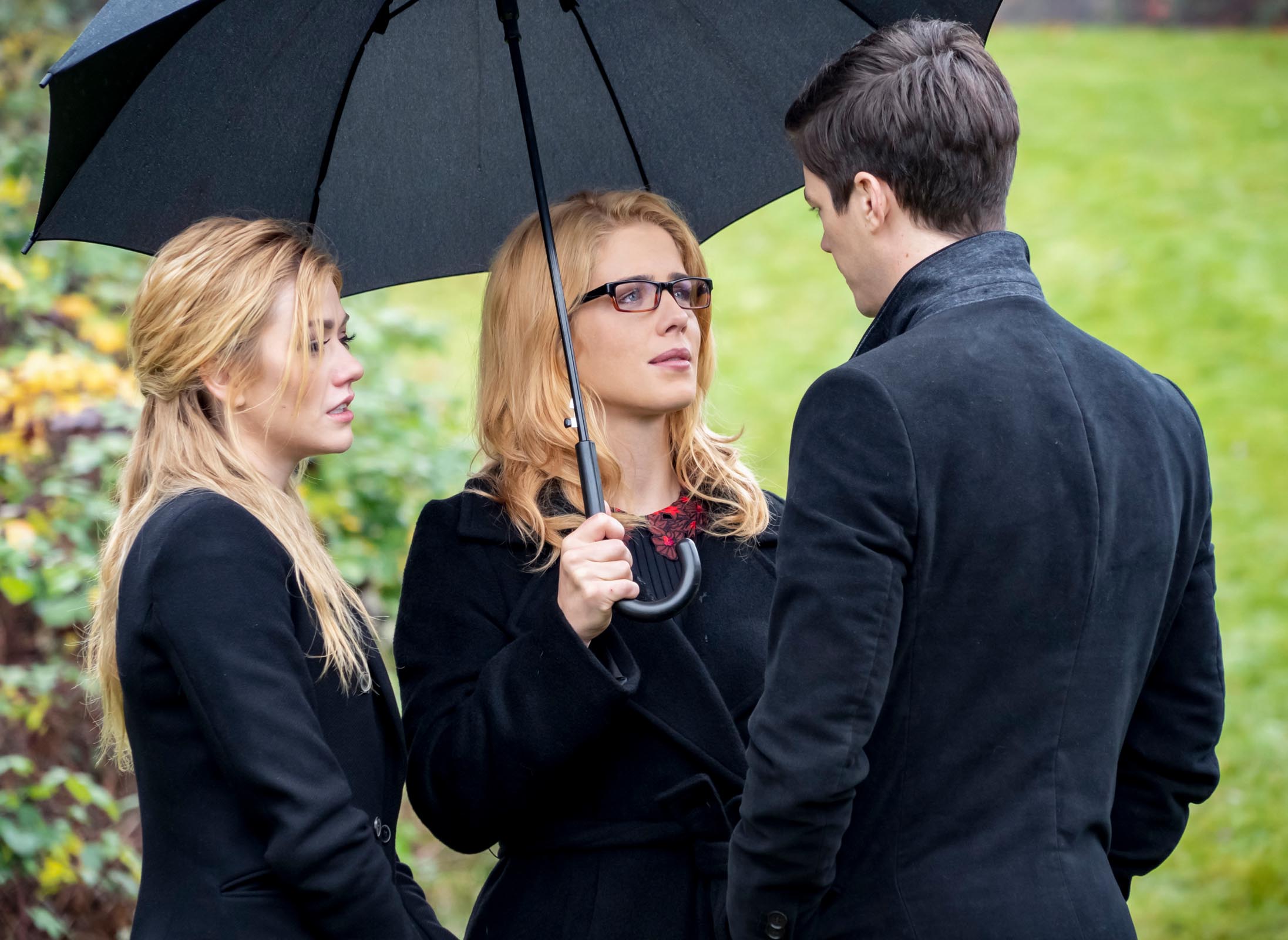 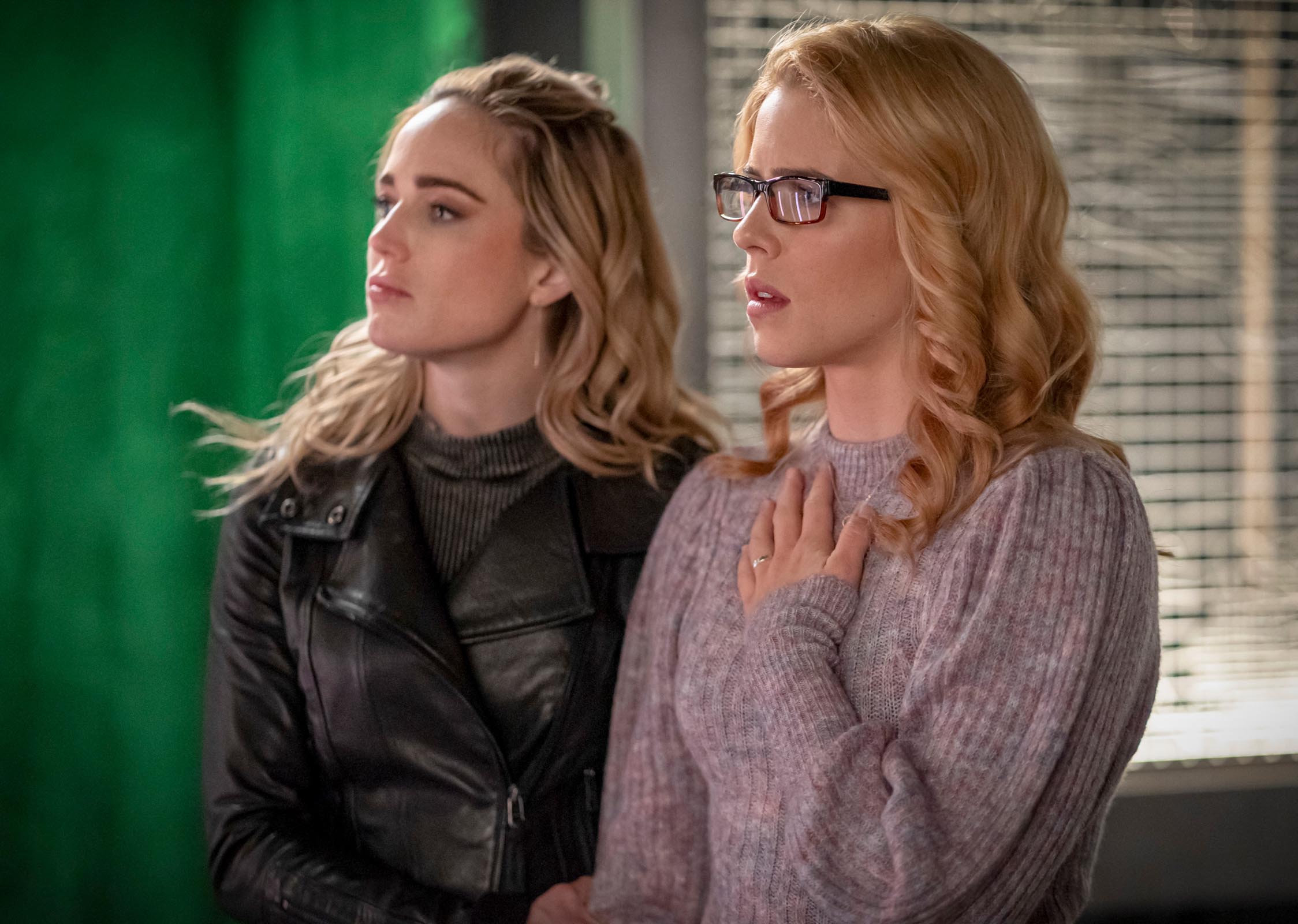 And though Oliver is nowhere to be seen in the finale photos, Amell told Collider in December that fans are going to see his character in one last “action sequence to end all action sequences.”

“It’s a sequence that, I showed it to Robbie [Amell], and he’s like ‘That was incredible!’” Stephen shared. “And I’m like, ‘That was [just] the first third of it, keep watching.’ It just goes. It’s a little superfluous, a little theatrical, just in terms of the amount of people I murder. It’s what the fans deserved.”

Directed by James Bamford from a script written by Guggenheim and Beth Schwartz, the Arrow series finale, aptly titled Fade Out, airs on Tuesday, January 28th at 9 p.m. ET on The CW.

But an hour before that, the network will air Hitting the Bullseye, a retrospective special that will serve as a prologue to the series’ swan song. It will feature interviews from the cast and executive producers Guggenheim, Schwartz, and Greg Berlanti.