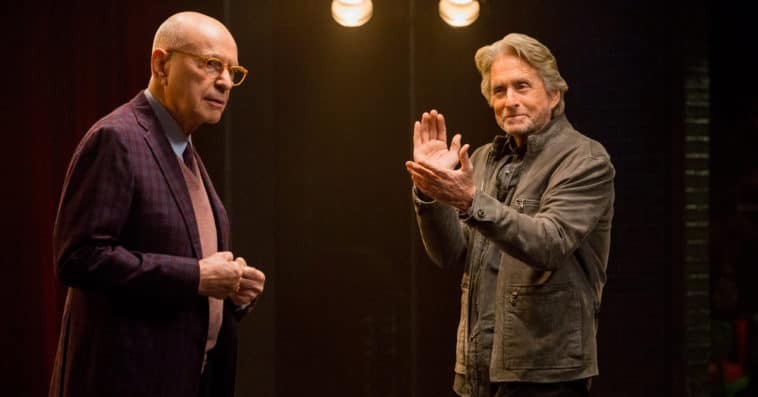 Netflix’s The Kominsky Method is coming to an end.

The comedy-drama series, starring Michael Douglas and Alan Arkin, has been renewed for season 3, which will serve as the show’s last batch of episodes. Though the episode count for the final season has yet to be revealed, it’s possible that the series’ last installment will be comprised of eight episodes, just like its freshman and sophomore runs.

Production on season 3 has no start date yet. But because Douglas, 75, and Arkin, 86, are both in the at-risk category in terms of COVID-19, cameras will likely start rolling once filming can safely resume.

Created by Chuck Lorre, the half-hour comedy centers on the adventures of Sandy Kominsky (Douglas), an aging former actor-turned-acting coach, and his agent and friend Norman Newlander (Arkin). In the show’s second season, which arrived on the streamer last October, the two continue to navigate their later years in Los Angeles with brand new challenges. Kominsky struggles with health issues and deals with his daughter’s new boyfriend, while Newlander is reunited with an old flame. Completing the show’s main cast are Sarah Baker who plays Kominsky’s daughter Mindy, and Nancy Travis who portrays Lisa, a divorcee who takes acting lessons from Kominsky.

“The Kominsky Method has been a true passion project for me and it’s been an incredible experience to see the warm response from both audiences and critics. I’m excited to wrap up the story with this final chapter,” Lorre said in a statement.

The Kominsky Method has been met with a positive critical response since its November 2018 premiere. In fact, the show’s season 1 has a critical rating of 80% on Rotten Tomatoes, while season 2 has a critical rating of 100%. In addition, the show was named as the Best Television Series – Musical or Comedy at the 2019 Golden Globe Awards, where Douglas also won the category Best Performance by an Actor in a Television Series – Musical or Comedy for his role as Kominsky.