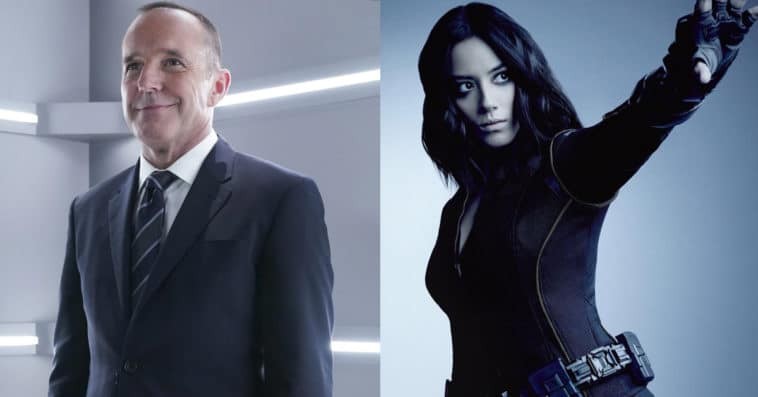 Clark Gregg’s Phil Coulson and Chloe Bennet’s Daisy Johnson, aka Quake, of the ABC series Agents of SHIELD are reportedly returning to the Marvel Cinematic Universe (MCU) for a new series on Disney+.

Casting sources and Marvel insiders confirmed to FandomWire and Popcorned Planet that Agent Coulson and Quake will both appear in the upcoming Marvel series Secret Invasion, along with new SHIELD agents.

Secret Invasion, which was officially announced in development by Marvel Studios president Kevin Feige during Disney’s 2020 Investor last December, is not a continuation of Agents of SHIELD, but a sequel to the 2019 movies Captain Marvel and Spider-Man: Far From Home.

Based on the Marvel Comics crossover event of the same name, Secret Invasion will star Samuel L. Jackson and Ben Mendelsohn, who are set to reprise their MCU roles of Nick Fury and Talos, respectively, in the new series. Plot details about the new show are being kept under wraps, but its source material follows a faction of shapeshifting Skrulls who have been infiltrating Earth for years.

At the end of the series finale of Agents of SHIELD that aired last August, Coulson LMD started to travel the globe as an independent operative, while Quake began to run her own SHIELD operations in deep space. Details on how the two characters will pop up in Secret Invasion are being kept under wraps. It’s also not clear if Agent Coulson will be brought back as an LMD or will be revived from the dead through some sort of magic. It’s also possible that the Agent Coulson that will appear in the new series is one of the many versions of the character in the multiverse.

Reports that Bennet will return as Quake in Secret Invasion first surfaced two weeks ago when Giant Freakin Robot published a story claiming that the actress was in consideration to join the cast of the series. However, at the time, Bennet denied the news, replying “I wish” to a fan who shared the Giant Freakin Robot story on Twitter.

Though Marvel has yet to officially announce Bennet’s appearance in Secret Invasion, it isn’t a secret that the actress is open to reprising her role in MCU. When asked by Playboy if she would like to be part of the possible all-female Marvel superhero movie first shared by Captain Marvel’s Brie Larson back in October 2019, Bennet said, “If they would have me, I would love to be part of that. She’s (Daisy) an Avenger in certain comic books, so I would absolutely love that. With the Marvel universe, you can never say never.”

Like Bennet, Gregg also said that he’d also be open to reprising his Agents of SHIELD role in the future. “It’s hard for me to imagine a scenario where I’d say, ‘No, I’m too busy to put on whatever the latest version of the suit is and go play Phil Coulson,’” the actor said in an interview with Variety last May. “I’m always thrilled when I see them changing timelines and exposing a multiverse in the cinematic [universe]. Because I think, ‘Well, I’ve seen scenarios where I could be around!’”

Secret Invasion doesn’t have a release window yet.