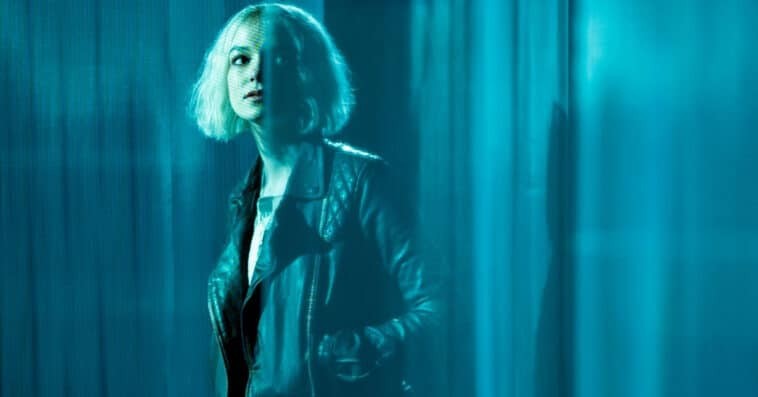 It’s been a year since the third season of Hanna premiered on Prime Video, and if you’re wondering whether there will be a Hanna season 4, we have some not-so-good news for you.

A few weeks before the third season of Hanna debuted in November 2021, series creator David Farr revealed that there will be no Hanna season 4.

“That was always the intention, to be honest,” Farr told Entertainment Weekly of Amazon’s decision not to order a fourth season. “If you look back at when I was talking about the second season, I talked about how it needed ‘the third act.’ I come from the theater originally, and I always have full act structure in my head to how a piece of drama plays out. And in this case, I felt that there was this very clear arc.”

Justifying the move to not renew the show for a fourth season, Farr pointed out that each season of the show had followed a different chapter in Hanna’s life, with the third season completing her journey into adulthood.

“You’ve got the upbringing of the child Hanna, then you’ve got the adolescent Hanna, and then act 3 is the end of her journey,” Farr said. “And each of those parts of the journey involves the discovery of different parts of herself emotionally. It also involves huge discoveries in terms of things she didn’t know and things we didn’t know, and that’s true very much this season. So that’s how I’ve always had it planned.”

While some fans were hoping for more seasons of Hanna, Farr said that concluding the series on his own terms is already a huge blessing, because not all showrunners get to do that. “I believe that television should be brave enough to have fully shaped dramas,” he said. “I think some shows, of course, are deliberately endlessly running, and that’s fine, but I think there’s a pleasure in actually having an arc that you obey and observe.”

What happened in Hanna season 3?

The third season picked up almost immediately after the end of season 2 with the titular character (Esmé Creed-Miles) embarking on her new secret mission to take down Utrax ― the sinister government organization that created her and trained her to be an assassin.

In an attempt to destroy Utrax from the inside and free herself from its grasp, Hanna teamed up with her previous nemesis, former-CIA agent Marissa Wiegler (Mireille Enos), and coerced high-ranking Utrax agent John Carmichael (Dermot Mulroney) into aiding their mission. But as Hanna moved closer to her goal, her fellow young assassins Sandy (Áine Rose Daly) and Jules (Gianna Kiehl), as well as the terrifying new foe named, Gordon Evans (Ray Liotta), started to suspect and tried to thwart her plan.

In the series finale, titled Do Not Sleep, Marissa and Hanna pretended to surrender to Pioneer in order to get to Max (Gabriel Akuwudike) and his private key. Hanna disguised herself to protect Abbas (Adam Bessa). Sandy was brought in to find and kill Hanna. Marissa (Michelle Duncan) trusted Terri (Cherrelle Skeete) to deliver Max’s private key to Ethan (Sam Swainsbury).

Hanna killed Abbas’ pursuers but Nadiya (Léann Hamo) was discovered by Sandy. Meanwhile, Jules followed Sandy to the farmhouse and killed her when she refused to change. Marissa then killed Stapleton (Chloe Pirrie) and her father but succumbed to her own wounds. The final season, which consists of six episodes, concluded with Hanna resettling in Boston.

All three seasons of the action series are well received by critics. Among the show’s three installments, season 2 has the highest critics’ score on Rotten Tomatoes. “Stronger action and better balance help Hanna’s second season slip into a deadly, diverting groove,” reads the website’s critical consensus for the show’s sophomore run.

The action drama series also received several recognitions from different award-giving bodies throughout its three-season run. In 2019, Hanna was nominated for Outstanding Cinematography for a Single-Camera Series at the Primetime Emmy Awards. In 2020 and 2021, the TV series received nominations for Outstanding Achievement in Sound Editing from the Motion Picture Sound Editors. Hanna also got three nominations at the 2021 Critics Choice Super Awards: Best Action Series, Best Actress in an Action Series for Esme Creed-Miles, and Best Actress in Action Series for Mireille Enos.

Where to watch Hanna

All seasons of the television series, including the final season, are exclusively streaming on Prime Video in the United States. The first season of the high-concept thriller is also available for purchase or rent on Google Play and Vudu.