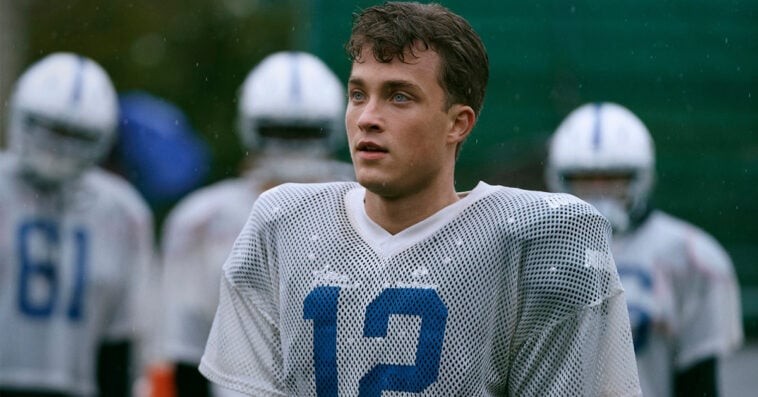 Warner Bros. TV announced last week that Jordan Elsass will not be returning for the upcoming third season of Superman & Lois due to personal reasons. There have been lots of speculations surrounding his sudden departure from the CW series since the news broke. Now, the actor is finally shedding some light on his decision to leave the superhero show after two seasons.

In a new video recorded for a fan on Cameo, Elsass, who played Jonathan Kent / Bizarro Jonathan Kent in the series, revealed that he ultimately decided not to come back to the show to protect his mental health.

“It’s been a tough few weeks, as you might imagine, with everything going on with the show,” said Elsass in the video. “It’s sad, it’s a real shame. I know that I was pumped for season 3, for sure, but what are you going to do? Anyway, mental health is definitely 100 percent priority. It’s pinnacle. It’s got to take precedence. And mine has been … the last couple of years … it’s been rough.”

Elsass also revealed that he may even be leaving the acting profession altogether. “I need some time to myself,” he continued. “I’m still debating whether I’m even going to act for a while. I may go in a different direction. I know that’s definitely going to be disappointing to some people.”

While Elsass didn’t specify the exact personal reason that led to his decision to leave the series, sources close to the production previously told Variety that it’s not a workplace-related issue.

Meanwhile, a report by Deadline suggested that Elsass’ abrupt exit from the series might have something to do with his COVID-19 vaccination status. Elsass’ vaccination status is unknown, but the news outlet noted that the actor is believed to have used an exception during filming last season. He seemed to confirm this in a quickly-deleted Instagram story he posted last February, in which he questioned the effectiveness of vaccines. Canada, where Superman & Lois films, has a policy about not allowing unvaccinated people to come into the country.

What will happen to Jonathan Kent?

As a result of Elsass’ departure from Superman & Lois, his role, Jonathan Kent, will be recast. According to Warner Bros. TV, the decision to recast Jonathan was made after Elsass did not report back to work by the deadline given to the cast to reconvene in Vancouver where the show shoots.

As for what Jonathan will be up to in season 3, regardless of who ends up playing him, showrunner Todd Helbing told TVLine in June that fans can expect the character to be more involved in the show’s superheroics.

“The fortress should be for the family,” Helbing said of the new Fortress of Solitude created at the end of the show’s season 2 finale. “So, Jonathan’s definitely going to be brought into the fold in that respect. We’ll see if he gets his own suit if he follows Nat’s (Tayler Buck) lead, and how it all unfolds. We definitely want to bring Jonathan into that superhero life more than he has been.”

Superman & Lois season 3 doesn’t have an exact release date yet. It, however, is being held for midseason and is expected to premiere in early 2023.

Elsass made his movie debut in the 2016 biographical movie Reagan: From Movie Star to President, in which he appeared as a teenage Reagan. He went on to appear in 2017’s crime drama Discreet, 2018’s romance dramedy People with Issues, and 2019’s comedy flick Sister Aimee. He will be next seen on the big screen in the historical drama Poets Never Die.

Who will replace Jordan Elsass in Superman & Lois?

It was revealed in September that Michael Bishop, one of the stars of the 2021 Disney Channel Original Movie Spin, will take over the role of Jonathan Kent from Jordan Elsass.

Hailing from Gold Coast, Queensland, Australia, Bishop played the role of DJ Maz in Spin. His other acting credits include Teddy in the 2018 Australian series Grace Beside Me, a supporting role in the 2018 Australian feature film Swinging Safari, and lead roles in a number of short films including 2019’s Shelter, 2017’s Skin Like Bark, Detention, Pet Rock, Hunter and Gatherer, and Indiana.

Bishop confirmed he’s replacing Jordan Elsass in Superman & Lois in an Instagram post you can see below: