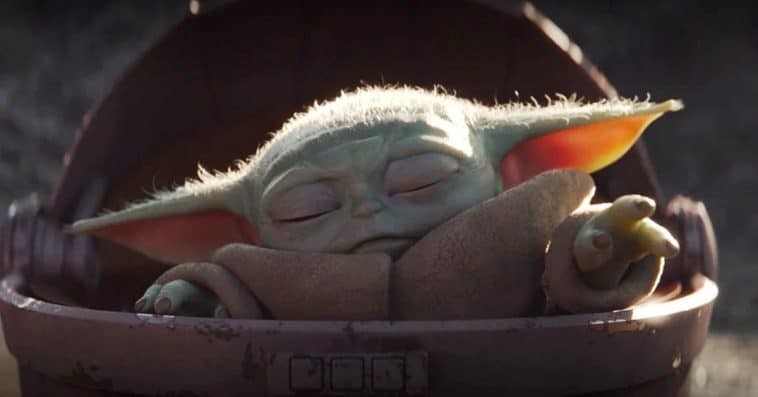 The Mandalorian premiered to favorable reviews on Disney+ last week, and though the show’s titular lone gunfighter and bounty hunter Dyn Jarren is interesting in his own way, it’s actually the character “Baby Yoda” that has won the hearts of viewers.

Though called Baby Yoda, the show’s early favorite is not the baby form of the iconic character Yoda that first appeared in the 1980 film Star Wars: Episode V – The Empire Strikes Back. As a matter of fact, the new web series is set after the death of the beloved legendary Jedi Master.

Instead, Baby Yoda is just a younger version of the same mysterious species. And though he looks so small and tiny, Baby Yoda is not even a baby, as he’s already 50 years old. That age, however, is still young, considering the real Yoda met his demise at the age of 900.

While the Jon Favreau-created series has yet to reveal Baby Yoda’s real name, one thing is for sure, and that is he’s too cute to handle.

In fact, a lot of people have been obsessing over him on Twitter since he made his first appearance on the series.

some baby yoda heart reacts I made pic.twitter.com/zXP74mVdqW

I want…. No I NEED a #BabyYoda pic.twitter.com/8VrLfptazW

And some fans are even willing to die for the character and riot should he come to any harm.

After watching both episodes of the Mandalorian I have come to the conclusion that baby Yoda is THE cutest thing in the entire galaxy and I would 100% die for him. #TheMandalorian #BabyYoda pic.twitter.com/ruleTDR0qV

Maybe it’s my uterus talking, but I would die for #BabyYoda pic.twitter.com/5UIcNw56Iy

If favreu and filoni kill baby yoda, I will burn disney+ to the ground

I would die for #babyyoda pic.twitter.com/CS08Jow1J8

Though it’s unclear if Favreau has bigger plans for Baby Yoda, the love that the character has been receiving on social media means that viewers want to see more of him on the show.

The eight-episode first season of The Mandalorian airs Fridays on Disney+.