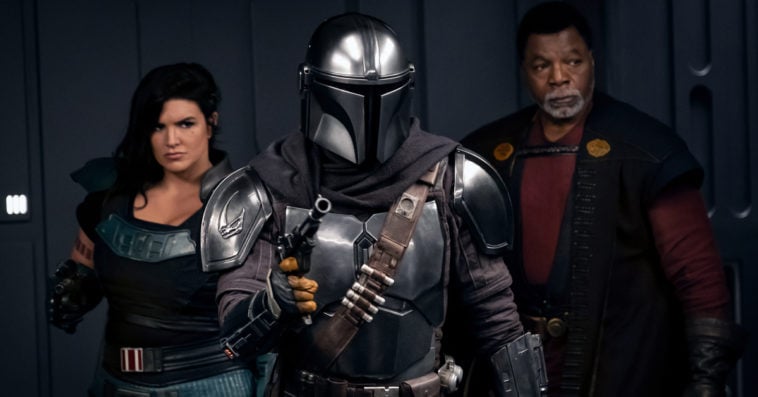 A new trailer for the highly anticipated season 2 The Mandalorian was released on Monday, and while it doesn’t offer much plot details for the show’s sophomore run, the minute-long clip seemingly confirms rumors that Star Wars characters like Sabine Wren, Bo-Katan Kryze, and Boba Fett may appear in the upcoming installment of the hit Disney+ series.

The next chapter begins. Start streaming the new season of #TheMandalorian Oct. 30 on #DisneyPlus. https://t.co/aMW0yJoENL

As seen at the beginning of the trailer, Din Djarin (Pedro Pascal), along with The Child, aka Baby Yoda, returns to Nevarro to ask Greef Karga (Carl Weathers) and Cara Dune (Gina Carano) for help in finding other Mandalorians. “I’m here on business. I need your help,” Din tells Greef and Kara. “I’ve been quested to bring this one back to his kind. If I can locate other Mandalorians, they can guide me.”

Though producers of show have yet to confirm reports that Sabine, Bo-Katan, and Boba are appearing in season 2, the initial premise for the new season ― laid out by Din in the new trailer ― reveals how the three characters introduced in previous Star Wars movies and TV series may factor into the plot of The Mandalorian season 2.

Sabine and Bo-Katan are both Mandalorian warriors, so it won’t be a surprise if either one of them or both of them will cross paths with Din in the new season. Boba, meanwhile, is technically not a Mandalorian, but because he’s recognized by many as part of the clan due to the Mandalorian armor he wears, it’s also possible that Din will encounter him at some point during his quest to find the Child’s home.

The eight-episode season 2 of The Mandalorian is set to premiere on October 30th on Disney+.