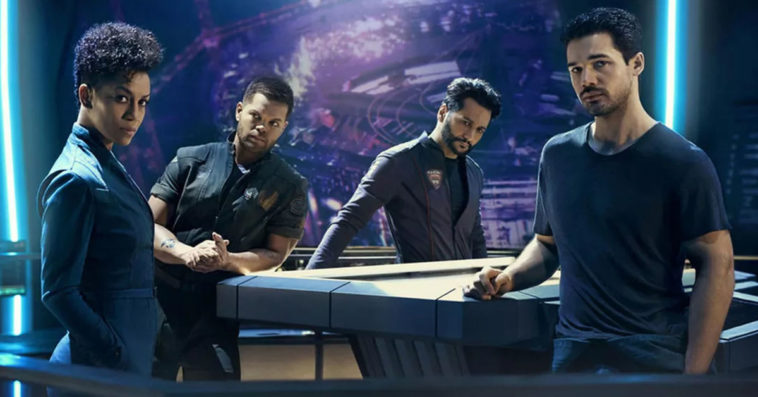 The first three seasons of The Expanse will be available to stream on Amazon Prime Video starting next month.

Seasons 1 and 2 of the sci-fi series are currently available on Prime Video in the US, but starting on February 8th, all three seasons of the show will stream on the service not only in the US but also in other 200 countries and territories. Amazon made the exciting announcement shortly after it acquired the worldwide subscription-streaming rights to the show and ahead of the series’ Season 4 premiere later this year.

Based on the novels by Daniel Abraham and Ty Franck, under the pen name James S. A. Corey, The Expanse is set hundreds of years in the future where humans have colonized the solar system with The United Nations controlling Earth and an independent military power inhabiting Mars. The critically acclaimed series opens with Earth and Mars on the verge of war over the resources found in the Asteroid Belt. With few options for survival, allies struggle to fight over the future of humanity.

The first three seasons of The Expanse were originally aired on Syfy, which canceled the series in May 2018. The show’s cancellation caused uproar among the show’s loyal viewership, which gave birth to the #SaveTheExpanse campaign on social media. That same month, Amazon CEO Jeff Bezos announced at the National Space Society’s International Space Development Conference in Los Angeles that it would pick up The Expanse for a fourth season and would continue producing it as a Prime Original series.

Bezos’ decision to save The Expanse isn’t really surprising at all. Having founded space-aeronautics and spaceflight company Blue Origin in 2000, Bezos has a clear personal passion for space exploration.

While Amazon plans to drop Season 4 of The Expanse before the year ends, the streaming service has yet to set an exact release date for the new season.