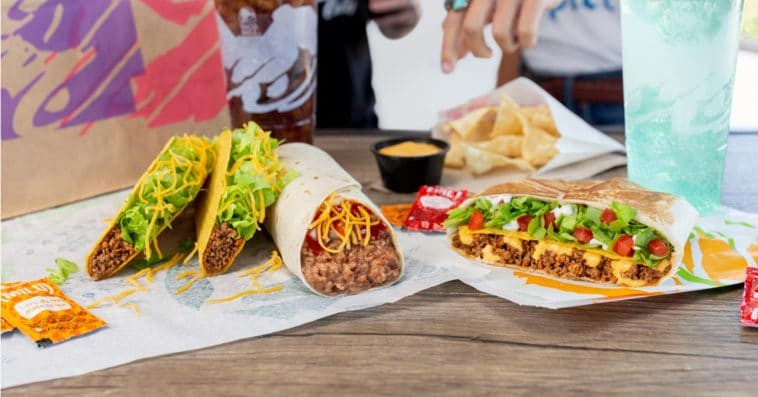 Taco Bell has teamed up with Beyond Meat to create a new plant-based protein that will be tested in its U.S. locations starting later this year.

The collaboration between the two companies was first teased last Thursday in a Twitter video announcing the March return of the chain’s potato dishes to its menu. “This year, we’re going big on our vegetarian menu. We’re going above and beyond,” said Taco Bell CEO Mark King, who appears as a potato in the video using what seems to be a TikTok green screen filter.

And now, an announcement from our CEO. pic.twitter.com/JHHJMrPEJH

Later that day, Taco Bell issued a press release officially announcing its partnership with Beyond Meat. The Yum! Brands fast food chain said it picked Beyond Meat as its alt-meat company collaborator because it’s a “category leader with a proven track record of attracting younger customers with its irresistibly delicious plant-based offerings.”

Details about the chain’s first-ever plant-based protein, including how it will be integrated into the menu, are being kept under wraps. But Liz Matthews, Taco Bell’s global chief food innovation officer, told CNBC that it’s “going to be unique” to the things that consumers have seen elsewhere.

“We’re definitely going to put our Taco Bell innovation and spin on it,” added Matthews. “Taco Bell is a brand that we don’t want to do what everyone else is doing. We want to do it in our own unique way.”

Last 2019 ― the year when McDonald’s and KFC started testing their own plant-based meat substitutes ― Taco Bell International president Julie Felss Masino told CNBC that the chain had talks with Beyond Meat and its rival Impossible Foods for potential partnership but the restaurant ultimately decided to stick to its own vegetarian options at that time.

Aside from Beyond Meat, the chain has also teamed up with other producers of plant-based meat substitutes. In 2019, Taco Bell trialed OmniPork, a plant-based pork developed by Hong Kong-based food technology company OmniFoods. The chain has also partnered with Finnish brand Gold & Green Foods for a plant-based filling called Pulled Oats, which is now available in Finland, Spain, and the U.K.