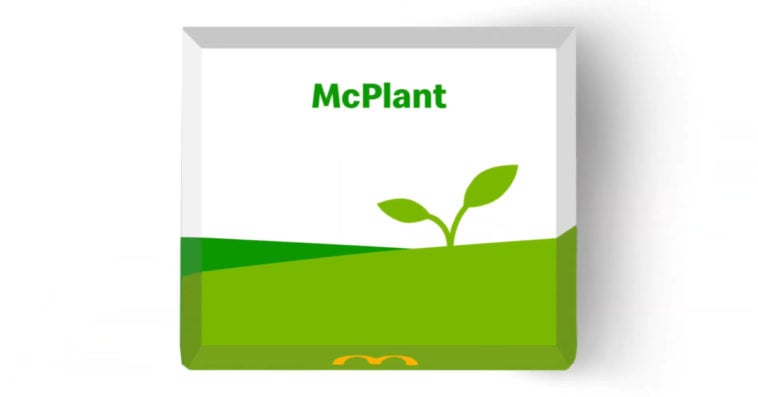 McDonald’s has announced that it will be testing a new plant-based burger called McPlant in several key markets starting next year.

In a blog post published on Monday, McDonald’s implied that McPlant is an improved version of its PLT (Plant Lettuce Tomato) Burger, which the fast-food chain began to offer in 28 locations in Ontario, Canada in September last year before quietly nixing it from the menu this past April.

“Last year, … we tested our first plant-based burger in select restaurants in Canada [and] based on what we learned and an encouraging response, we’re excited to give you a sneak preview of the McPlant – a delicious plant-based burger crafted for McDonald’s, by McDonald’s, and with the kind of craveable McDonald’s flavor our customers love,” reads a portion of McDonald’s latest blog post.

As for what McPlant tastes like, McDonald’s said their culinary team “nailed it.” Made with a juicy, plant-based patty and served on a warm, sesame seed bun with all the classic toppings, McPlant reportedly delivers the restaurant’s “iconic taste in a sink-your-teeth-in (and wipe-your-mouth) kind of sandwich.”

Though the supplier of the patty for the McPlant was not mentioned in the blog post, a spokesperson for Beyond Meat revealed in a statement to CNBC that they co-created McDonald’s newest meat-free patty. This isn’t the first time Beyond Meat has worked with the fast-food giant, as the Los Angeles-based company is also the producer of the patty for McDonald’s now-obsolete PLT Burger.

While McDonald’s has yet to name the areas where McPlant will be available next year, McDonald’s CEO Chris Kempczinski told investors that markets will choose if and when to add McPlant items to their particular country. Kempczinski pointed out that the exact pacing will be dictated by consumer demand.

The announcement of McPlant was met with mixed responses on social media. While some customers are praising the restaurant for adding a new healthier item to its menu, others are mocking the name of the new plant-based burger. Read some of the customers’ reactions below:

The Mc….plant??? That’s the one y’all decided on? Y’all really sat down in a formal meeting, weighed the options, formulated a risk and cost/benefit analysis, had focus groups, targeted marketing research and concluded on…McPlant. Okay pic.twitter.com/rGVVTZKcMe

Im sorry Im losing my mind McDonalds is coming out with a veggie burger AND THE BEST NAME THEY COULD COME UP WITH WAS THE “MCPLANT”????

Lol really phoning it in for the vegetarians.

"I dunno, Planty McPlant, whatever" https://t.co/daPxlkTDqj

the only mcplant at mcdonalds is whoever came up with that namehttps://t.co/R9Nx73DG0T