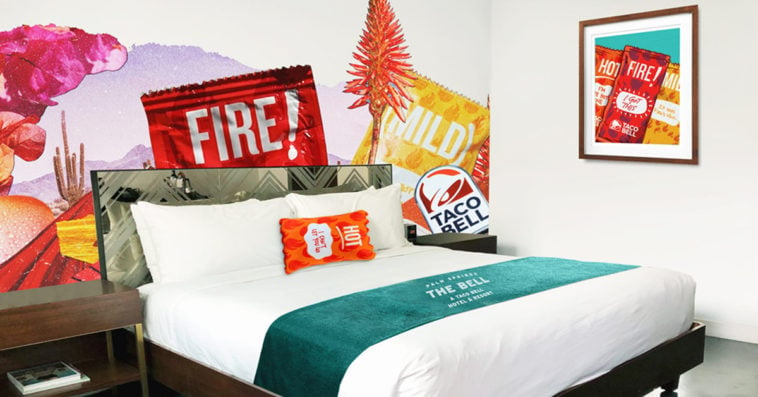 Reservations for The Bell, the first ever Taco Bell pop-up hotel, sold out in just two minutes after opening at 1 p.m. Eastern time on Thursday.

“Taco Bell fans are truly one of a kind, and today was one of the best expressions of that fandom yet,” Thalberg said. “The Bell: A Taco Bell Hotel and Resort officially sold out in just 2 minutes. We would like to extend a big ‘thank you’ for those who have come along on this journey with us and even though The Bell is sold out, we’ll have more to share on exclusive merchandise, food and more in the coming weeks so those unable to score a room can still experience the fun from home.”

As announced last week, Taco Bell is taking over more than 70 rooms of V Palm Springs hotel in Palm Springs, California and transforming it into The Bell from August 8th to 12th. Guests will stay in Taco Bell-themed rooms, wake up to a special Taco Bell breakfast delivered to their door, and float in the pool on a giant Taco Bell sauce packet-shaped raft.

Guests will also be kept entertained with Feed the Beat artists, dive-in movies, and the first-ever Freeze Lounge, which will offer frosty beverages and a chill lounge. 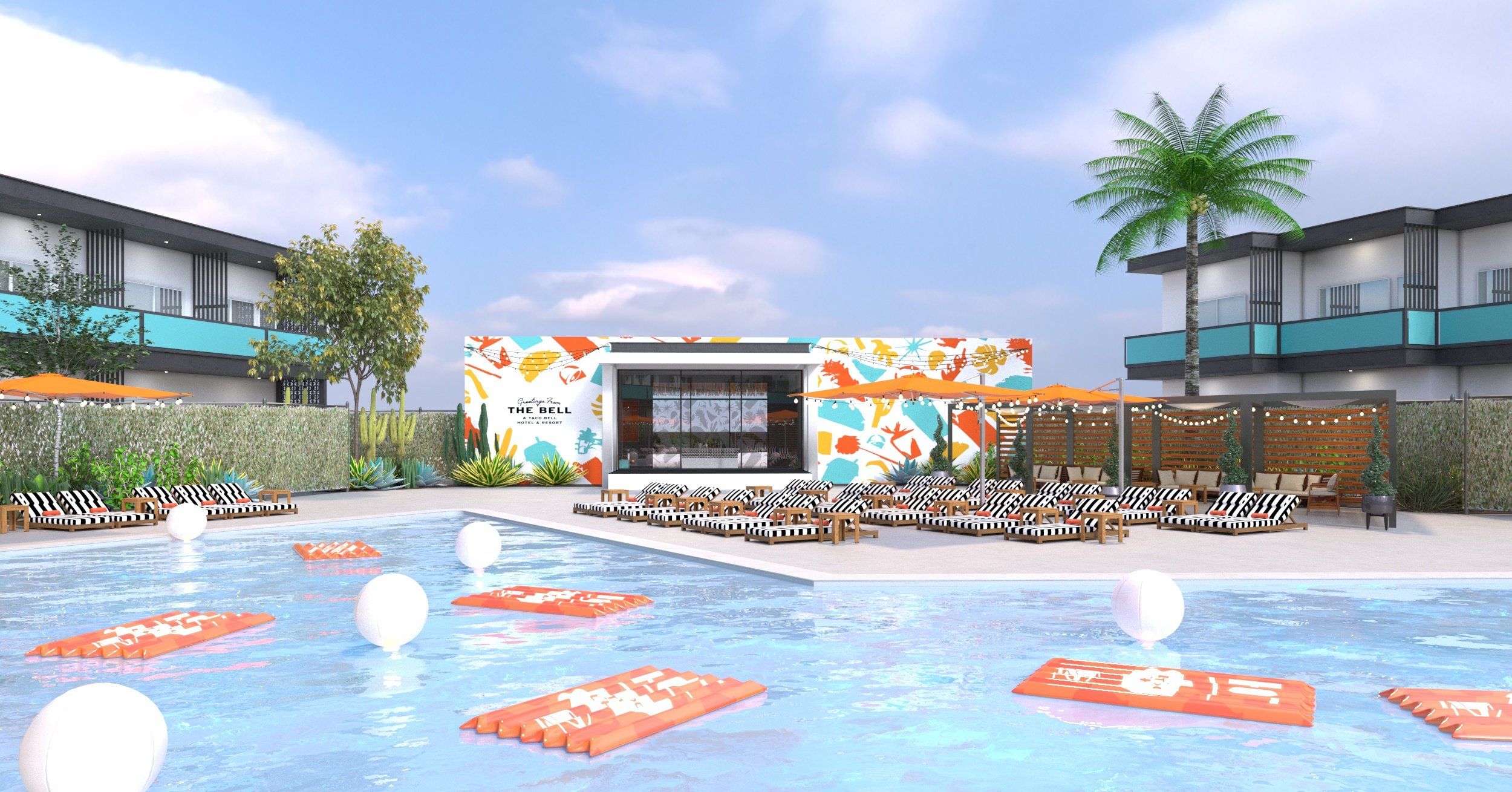 “[It’s where] taco dreams really do come true,” Jennifer Arnoldt, senior director of retail engagement and experience at Taco Bell, said of the historic event. “Anyone of our fans lucky enough to get a reservation are going to have bragging rights for the rest of their life. This really is going to be spectacular.”

The four-day event will also be loaded with food, including new and exclusive menu items made by local Taco Bell franchise owners and their teams. Though Arnoldt refused to give more details on the food menu during the event, she did say that their plan “is to delight our fans with food at every turn of the experience.”

Taco Bell has no current plans for another pop-up hotel, so The Bell could be a one-shot experience for those lucky fans who were able to book a room.