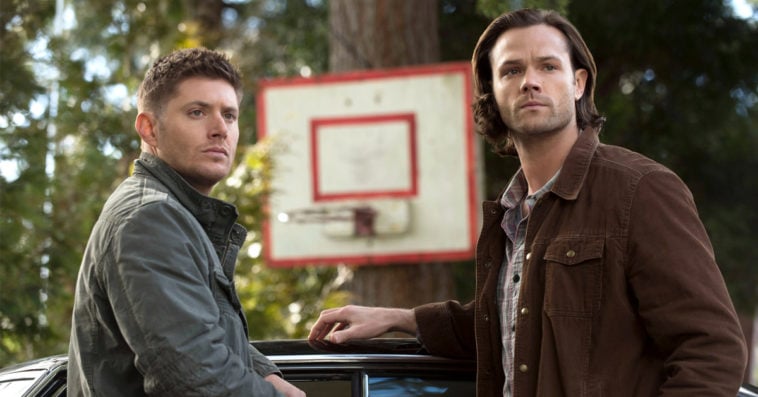 Supernatural’s 15-season run is officially coming to an end in two weeks, and to make sure that fans won’t miss the series finale on November 19th, The CW has dropped a teaser trailer previewing the very last episode of the show, along with the retrospective special, Supernatural: The Long Road Home.

Released on Wednesday, the minute-long video features never-before-seen footage from the series finale titled Carry On. Unfortunately, the scenes and shots included in the trailer don’t reveal any specific plot details for the series-ender, leaving fans in the dark about how exactly the Winchesters’ journey will wrap up. Directed by Robert Singer and written by Andrew Dab, the series finale is simply described by The CW as the Winchester brothers’ “final ride for saving people and hunting things.”

As mentioned above, the trailer also features snippets from Supernatural: The Long Road Home, including Jim Beaver (Bobby Singer) calling his time on the show an “amazing ride,” and main actors Jensen Ackles (Dean Winchester) and Jared Padalecki (Sam Winchester) sharing their thoughts about the series finally coming to a close. “You do anything for a long period of time, you kinda feel it when it comes to an end,” says Ackles. Padalecki adds that he and Ackles “and everybody here just want to say thank you.”

Without spoiling the events in the finale, Padalecki said during Paley Center’s online Supernatural panel in October that he “couldn’t be more pleased with the way it turned out,” adding that the series finale is his “favorite episode of all time.”

Ackles, meanwhile, said that the final episode is a “fantastic way for the show to wrap up.” “The more that I thought about it, the more that I mulled over all the different possibilities of what could happen, and maybe what should happen,” explained the actor. “It’s interesting to think that I kept coming back to what ended up happening.”