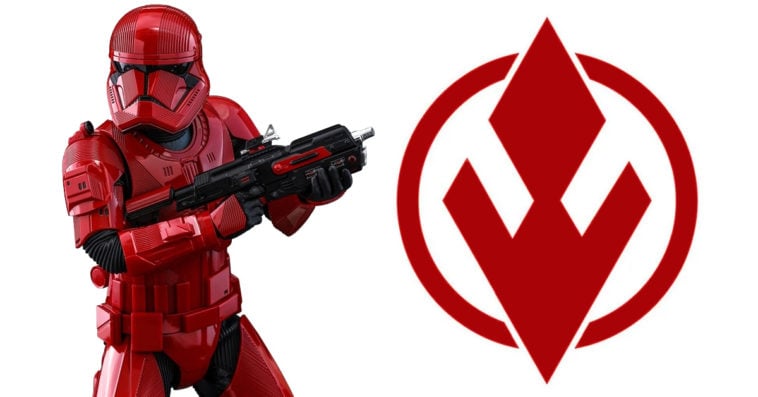 The Star Wars symbol for The Sith has gotten a major makeover.

The new Sith insignia, which will make its big-screen debut in Star Wars: The Rise of Skywalker, is seen in official sneak-peek photos of Sith Trooper-themed merchandise items for the last installment of the sequel trilogy.

This will be #StarWars official new symbol for The Sith: https://t.co/z8kUjnXj5c pic.twitter.com/Dtdc78FvGy

The symbol, which looks like a three-pronged arrowhead, is part of the designs of shirts and hoodies as well as promotional pictures for collector figures.

Though the new Sith symbol has just been made official, Screen Rant pointed out that it actually first appeared in the summer 2019 release, Star Wars: Who’s Who in the Galaxy: Character Storybook, as part of the entry on Darth Vader.

While Star Wars has yet to release an official description for the new insignia, ComicBook.com reported that the three-pronged symbol might be a reference to the idea of The Ones, also known as The Father, The Son, and The Daughter, which was first introduced in the animated series Star Wars: The Clone Wars.

ComicBook.com went on to speculate that the new Sith symbol represents the Source of the Force and its respective light and dark sides, with Kylo Ren (Adam Driver) and Rey’s (Daisy Ridley) rivalry as the trilogy’s way of referencing The Son and The Daughter.

Prior to the release of the new Sith symbol, fans are arguably most familiar with the Sith’s insignia that depicts a hexagon outer shell encasing an inner circle with six arrows pointing to the six corners of the hexagon frame. But as longtime Star Wars followers know, The Sith has had various symbols in the franchise, as each era usually has its own unique insignia.

Star Wars: The Rise of Skywalker will open in theaters on December 19th.