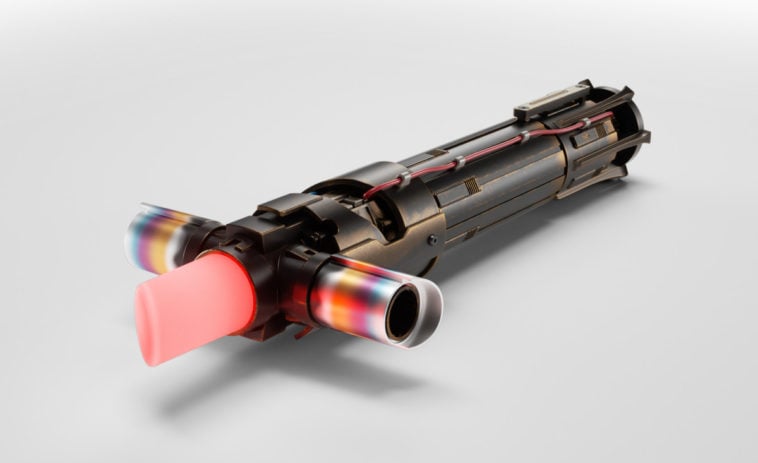 Since 2017, Lenovo and Disney have released a number of expansions and updates. In Jedi Challenges there are a number of different modes such as Strategic combat, Holochess, Lightsaber battles, and 1-on-1 duels.

Each mode is wholly different from the others. For example, in combat mode, users have to use strategically planned attacks and defenses to defeat enemies. Lightsaber battles, on the other hand, require users to use the included AR headset and Lightsaber Controller to engage in duels with Darth Vader, Kylo Ren and other far, far away villains.

In today’s announcement, the duo is releasing a free “Dark Side” update that allows players to play as Kylo Ren and other dark side figures. To commemorate the update, Lenovo is also releasing a new $99.99 Ren-inspired crossguard Lightsaber Controller.