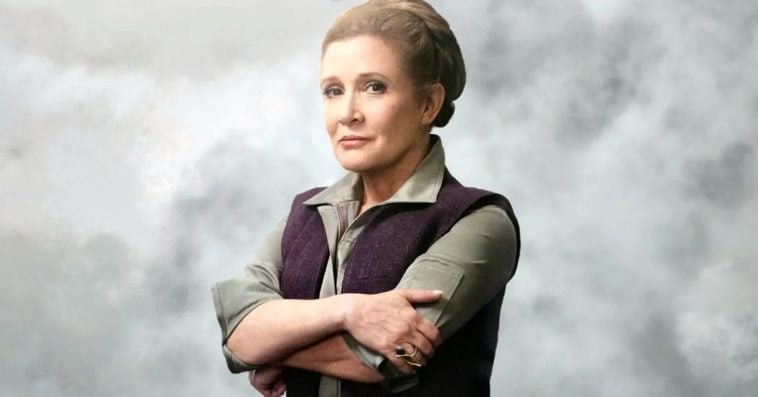 Todd Fisher, brother of the late Star Wars actress Carrie Fisher, has revealed that he recently found an after-death note written by his sister.

In an interview with Page Six, Todd said that he found the note while looking for memorabilia to include in a pop-up museum for Carrie’s Star Wars items at the TCL Chinese Theatre in Hollywood.  He was going through one of the desk drawers of their late mother, Debbie Fisher, when he got hold of a dedication page ripped from a book by the English writer Adrian Tinniswood.

“Everything Debbie cared the most about, in terms of personal letters, was in there. I’ve been through that drawer, several times,” Todd said. “[But] I’d never seen before in my life.” Todd knows that it’s written by Carrie because he’s very familiar with his sister’s penmanship. “I know Carrie’s writing inside and out. It’s unmistakable,” he said.

Though the exact context of the note is unclear, Todd thinks that “it was [either] something Carrie wrote long ago because she was doing a story on death, or it just materialized from beyond.” Whatever it is, Todd thinks Carrie “was writing as if she was dead and what it was like.”

Todd reads the note out loud for Page Six: “I am dead. How are you? I’ll see you soon … I would call and tell you what this is like, but there is no reception up here.’ Then it says, ‘Cut. New scene, new setup, new heavenly location. I have finally got the part that I have been rehearsing for all my life. God gave me the part. This is the end of the road I have been touring on all my life.’”

“It just blew my mind,” Todd said of his reaction after reading the note for the first time. “I thought, ‘Wow, why am I finding this right now?’ ”

Fisher, who is best known for her role as Princess Leia in the Star Wars franchise, died of cardiac arrest due to sleep apnea and atherosclerosis on December 27th, 2016. Despite her death, director J.J. Abrams decided to re-purpose unused footage of Princess Leia from Star Wars: The Force Awakens in order to fit Fisher into Star Wars: The Rise of Skywalker, which is now playing in theaters worldwide.