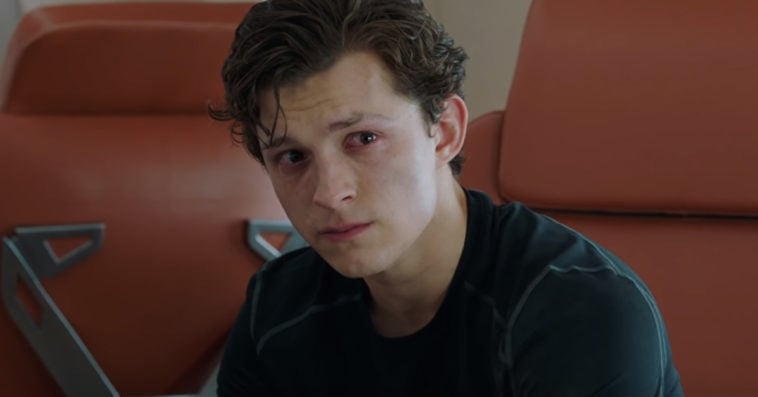 Sony Pictures Entertainment has dropped the official trailer for Spider-Man: Far From Home. But because the movie takes place after the events of Avengers: Endgame, the video comes with a little spoiler alert from the star of the movie, Tom Holland.

Unlike the official teaser trailer released last January, which starts off with a very funny scene between Peter Parker (Holland), Harold “Happy” Hogan (Jon Favreau), and May Parker (Marisa Tomei), the recently released official trailer for the upcoming film begins with a rather somber tone.

“Everywhere I go, I see his face. I just really miss him,” Peter tells Happy of his mentor Tony Stark/Iron Man (Robert Downey Jr.), who ultimately sacrificed his life for the greater good in Avengers: Endgame. Unsurprisingly, Happy feels the same way. “Yeah, I miss him, too,” says the head of security for Stark Industries to the young superhero. “[But] I don’t think Tony would have done what he did if he ain’t know that you’re not gonna be here after he was gone.”

As Peter continues to fight crimes as Spider-Man, some people start to look at him as the next Iron-Man. But Peter doesn’t seem himself that way, especially now that he seems more concerned about his romantic feelings for Michelle “MJ” Jones (Zendaya). Peter plans to confess his love for MJ during a trip in Europe, but unfortunately for him, Nick Fury (Samuel L. Jackson) shows up at his place with a bigger and more relevant issue for him to undertake.

Nick recruits Peter to help Quentin Beck/Mysterio (Jake Gyllenhaal) save his Earth from villains called Elementals. As Nick points out to Peter, “Beck is from Earth, just not ours. The Snap tore a hole in our dimension.”

Peter is initially reluctant to take the job, wondering why Nick and Maria Hill (Cobbie Smulders) contacted him instead of Thor (Chris Hemsworth) or Captain Marvel (Brie Larson). Apparently, the two Avengers are unavailable, and since Peter has already gone to space, Nick thinks he’s a suitable candidate for the task.

Though Peter ultimately agrees to help Beck, Tony’s former mentee manages to get some alone time with MJ in Europe. But when Peter finally has the courage to tell him what he feels for her, MJ surprisingly tells him that she knows that he’s Spider-Man.

Would this huge revelation take their relationship to the next level or would it start to break them apart? Find out the answer when Spider-Man: Far From Home opens in theaters on July 2nd.