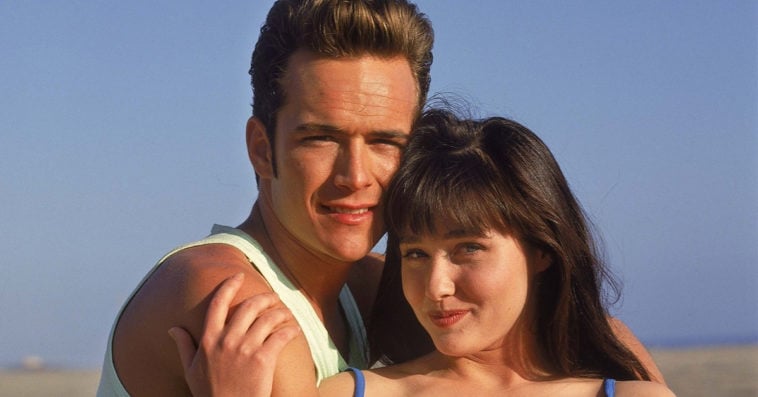 The fourth season of Riverdale will feature an appearance by Shannen Doherty as part of a tribute episode for Luke Perry.

During the show’s San Diego Comic-Con panel on Sunday, executive producer Roberto Aguirre-Sacasa confirmed that the Season 4 premiere of The CW series will serve as a tribute to Perry, who played Archie’s (KJ Apa) father on the show for three seasons until he passed away last March following a massive stroke.

Doherty, who is Perry’s close friend and former co-star in Beverly Hills, 90210, will guest star in a “special role” in the season opener, titled Chapter Fifty-Eight: In Memoriam.

Though Aguirre-Sacasa didn’t disclose any further details about Doherty’s appearance, the exec producer did reveal that he and Perry had been planning to have the actress on the show for years, noting it was “something that Luke wanted to happen since Season 1.”

“They were such good friends,” Aguirre-Sacasa said of Doherty and Perry, who played love interests on Beverly Hills, 90210. “And when we were putting together this tribute episode, we wanted to make it as special as possible, and so we asked Shannen to do a pivotal, super emotional role. She read the script and immediately said ‘yes.’ It’s very impactful.”

In a recent Instagram post, Doherty wrote that she’s “deeply honored to pay tribute to Luke on Riverdale.” The actress also described the show’s care in honoring Perry’s memory “beautiful.”

I am deeply honored to pay tribute to Luke on Riverdale. The care in which this show takes in honoring his memory is beautiful. He is missed. Today. Tomorrow. Forever.