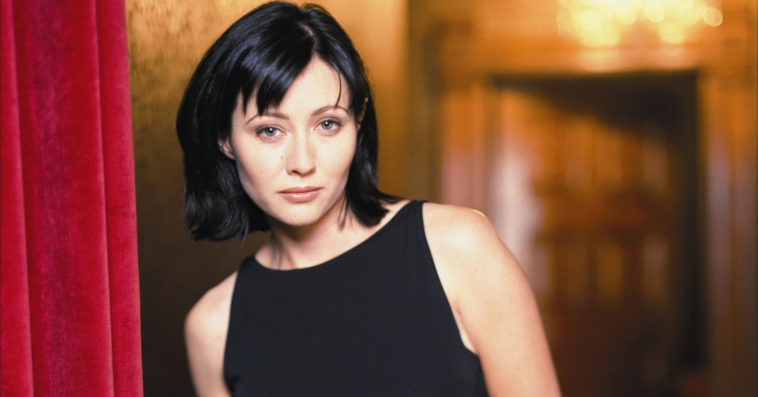 Shannen Doherty has expressed support for the Charmed reboot amid an online feud between the original and current stars of the supernatural fantasy drama.

In a recent interview with Entertainment Weekly, Doherty ― who played Prue Halliwell in the first three seasons of the original Charmed series ― revealed why she’s backing the reboot starring Sarah Jeffery, Melonie Diaz, and Madeleine Mantock.

“What’s old is new,” said Doherty. “And I think it’s wonderful a new generation can connect with three strong, powerful women, not to mention the many jobs the show provides.”

Doherty’s latest comment about the reboot comes in the wake of renewed tensions between Jeffery and Rose McGowan and Holly Marie Combs, who both starred in the original Charmed series. Last Monday, Jeffery hit back at McGowan and Combs in response to a video, in which McGowan said the reboot “sucks” while Combs laughed in the background.

It really doesn’t sit right with me that white women from the OG charmed consistently put down a new #Charmed with a POC cast.. you hate to see it… pic.twitter.com/wSINjs66Ie

“You know, I saw this

earlier and I refrained from saying anything,” tweeted Jeffery, who portrays Maggie Vera, in the reboot. “I thought, better to just let them shout into the abyss. But I do want to say, I find it sad and quite frankly pathetic to see grown women behaving this way.”

She added: “I truly hope they find happiness elsewhere, and not in the form of putting down other WOC. I would be embarrassed to behave this way. Peace and love to y’all.”

McGowan, who played Paige Matthews in the original series, responded to Jeffery via Instagram Story. In her lengthy post, McGowan wrote that her comments about the reboot had “absolutely nothing to do with race,” adding that she’s actually “beyond glad any WOC has a well-paying job.” McGowan also made it clear that her “quibble is about execs and producers and WB network trading on years of my work and name in such a cynical and obvious way ― a money grab to cash in on the Charmed name.”

McGowan explained further: “This is not my ego trashing the reboot, this is a criticism of creators with little to no imagination making bank off of years of us busting our ass to create a legacy that you [Jeffery] are actually profiting off of as well.

Combs, meanwhile, took to Twitter to fire back at Jeffery, calling her tweets “some bulls—.” “Typing derogatory accusations of a person’s character despite overwhelming evidence to the contrary because of a difference in opinions about a TV show is just plain wrong. And also, personal gain honey,” wrote Combs, who portrayed Piper Halliwell in the original.

This isn’t the first time Doherty has expressed support for the reboot. Back in 2008, the actress called out some fans that booed the reboot when the show was mentioned during a panel at Comic Con Paris. “I have seen a lot of people be very mean and very negative and cruel to the new show and the new cast,” the actress said when the booing for the reboot started. “I want to remind everybody that these are three girls who just want to act. They got a huge opportunity, and I would implore everybody to be a little bit kinder.”

Charmed season 3 is scheduled to premiere on The CW in January 2021.