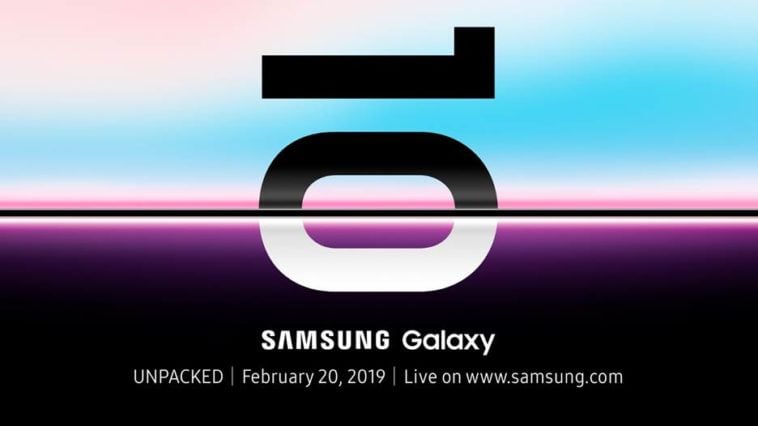 Samsung has released its invitation to this year’s Unpacked event in San Francisco, and the blogosphere is already abuzz with massive speculation.

Before we dive into a bit of speculation of our own, let’s discuss the facts.

We know the event is scheduled for 11 a.m. on Wednesday, February 20th at the Bill Graham Civic Auditorium. We also know that Samsung has a slew of devices set to be released in 2019, including the 10th anniversary Galaxy S, a separate 5G device, and its highly anticipated foldable smartphone.

Lastly, we know that industry titans like Samsung and Apple have witnessed a decline in smartphone sales as newcomers like Huawei and Honor continue to out-innovate. Feeling the pressure, we have reason to believe Samsung is working on a number of mold-shattering innovations of its own.

What we don’t know is exactly what Samsung plans to unveil.

According to the invite, the number “10” is set to play a major role, leading many to assume a Galaxy S10 unveil. However, given the nature in which the designer has laid out the flyer, with the “0” split along a hinge, others believe we may finally receive a more in-depth look into the company’s long-awaited foldable phone.

Still, others say Samsung is planning to totally surprise the market by unveiling both.

Typically speaking, companies tend to separate flagship unveils in order to stop the momentum of one product from crushing the other. Undoubtedly, an S10 announcement would suffer due to the media frizzy caused by revealing a foldable phone at the same event.

We’re still several weeks away, so perhaps Samsung will drop a few more breadcrumbs between now and then.