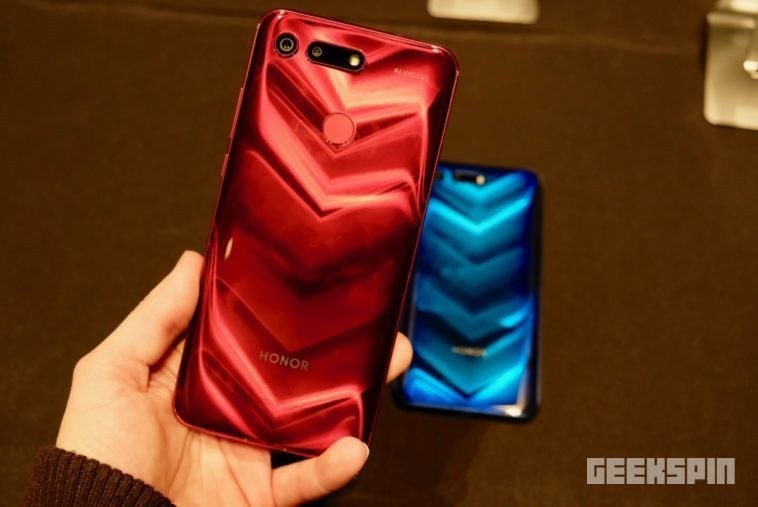 As Apple continues to struggle with its iPhone sales, Shenzhen-based Honor is steadily carving out a spot among the industry leaders. This week, the rising smartphone maker unveiled its latest flagship dubbed the View20 to an American audience at CES.

Fully loaded with industry-leading, AI-centric tech – including three cameras, a notch-less display, the Kirin 980 chipset, and Mali-G76 GPU, the View20 is easily one of the most ground-breaking phones in recent years.

Of all the innovations, Honor seems most excited about the phone’s AI-based multi-camera setup. Featuring a number of artificial intelligence tools aimed at capturing better photos, the View20 has both a 48MP and a 3D rear-facing camera, as well as an additional 25MP selfie camera.

On the rear, the 48MP sensor is highlighted by the company’s Ultra Clarity AI technology. Marketed as a “Super” camera, this 48MP sensor boasts many capabilities, however, its ability to smartly combine multiple images into one sounds the most promising.

When it comes to the 3D TOF camera, the company says its proprietary suite of AI / 3D modeling algorithms allows for a number of previously impossible applications, from motion sensing games to real-time body slimming photo/video recording.

Then there’s the front-facing 25MP camera, one of the world’s first hole-punch selfie cams. In order to make the notch-less, all-screen display a reality, Honor says it went as far as developing a “proprietary display bonding material” that stops the 6.4″ screen from interfering with the camera’s sensitive sensor.

Behind the screen, at the heart of it all is HiSilicon’s 7nm Kirin 980 chipset, which is touted as 75% better than the previous iteration.

Away from the View20, Honor is also set to release a redesigned Honor 8X. While most of the innards remain untouched, the all-new phantom blue exterior has been redesigned to feature a smoothly textured aurora glass body.

The Chinese company says the new 8X has been designed to honor (no pun) the success of the line which has sold over six million units since its September release.

At present, Honor has not released pricing information nor a potential US release date. Industry sources say we can expect the phone to be priced somewhere in the range of $500 – $600.