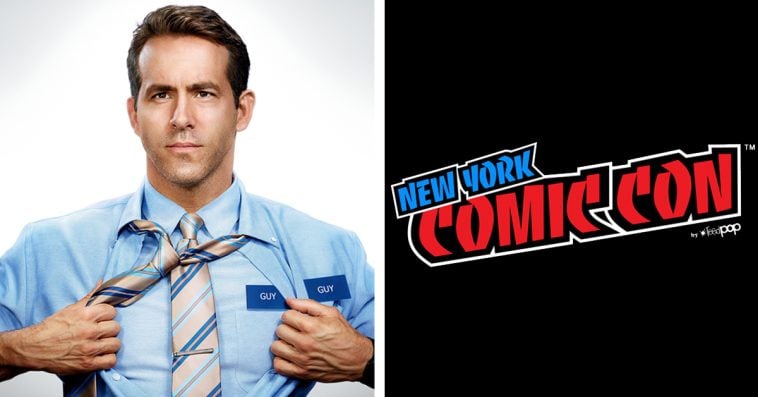 Written by Matt Lieberman, Free Guy centers on a teller named Guy (Reynolds) who works at a bank that always gets robbed. Guy soon discovers that he’s not real, but just a non-playable background character in a violent open-world video game called Free City. When Guy finds out that the Grand Theft Auto-like video game is about to be discontinued, he steps up and tries to save his world.

Levy sees Free Guy “as a superhero origin story without the cape and tights and the IP.” “If you were living in a video game and could master the system, your powers would be limitless,” the filmmaker said during the panel.

Reynolds, meanwhile, said that Free Guy is similar to the 1979 Peter Sellers-led dramedy film Being There in terms of how both films present the idea that kindness in a cynical world can be a novelty. “It spoke to the moment in some way,” the Deadpool star said of the film, noting that it can seem like everyone’s a background character with regards to current events in the world right now.

Comer’s real-world character is named Milly, while her video game avatar is called Molotov Girl. “When we first meet Milly, she’s quite defeated by the world, and her avatar, Molotov [Girl], is quite empowered,” the Killing Eve actress said during the panel. “They move differently. There’s also an accent filter in the game, so they speak quite differently, which you’ll hear. … We create [the] avatars of how we might want to behave.”

Jodie Comer plays two different characters – her avatar in the game (left) and Millie (not 💯 on spelling) on the right. #NYCC19 pic.twitter.com/dvWgsPmPM4

In the real world, Keery plays Keys, Milly’s best friend. Details about Keys’ video game avatar are scarce. But based on the photo below, it could be a policeman with a mustache, while Ambudkar’s video game avatar character could be a pink sheriff bunny with bulging chest and six-pack abs.

The only thing you need to see today is @UTKtheINC in a bunny suit and @joe_keery with a mustache 😄 #NYCC pic.twitter.com/N8Hi9KjRxG

Though not present during the panel, Taika Waititi appeared in a video that was played during the event. The Thor: Ragnarok director portrays the video game publisher and the main antagonist of the movie.

Taika Waititi (yes, he’s in this too!) plays the video game publisher (he’s essentially the movie’s villain). Here’s a photo of him they showed us #NYCC19 pic.twitter.com/PsIIifnww1

Two clips from the film were also shown to the audience. The first footage features Guy and Molotov Girl in what seems to be a hi-tech weaponry and vehicle room. “I don’t believe in those things — stealing, killing people. That’s just not me,” Guy says when told how to level up inside the game.

READ  The 100 wraps filming on its series finale

The second footage shows a discussion between Milly and Keys as they realize that their code is transforming game characters into artificial intelligence — including Guy.

The panel ended with a look at an early trailer for the movie, which will be released to the public soon.

Free Guy, which will include cameos from renowned professional gamers like Ninja, Laser Beam and Jacksepticeye, is set for a July 3rd, 2020 release.