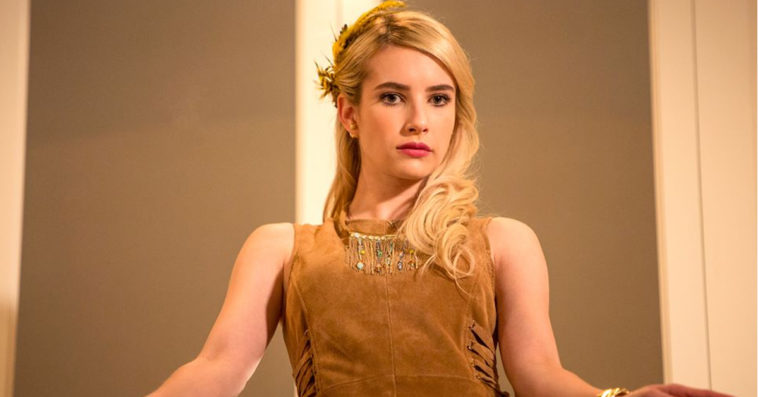 Sorry, Scream Queens fans, but the campy comedy horror series won’t be coming back to your screen anytime soon.

Fox Entertainment CEO Charlie Collier told reporters on Wednesday at the Television Critics Association (TCA) winter press tour in Pasadena, California that “there are no plans right now on Scream Queens.” That, however, doesn’t necessarily mean that we have seen the last of Chanel, Hester, and the rest of the gang. As Collier pointed out, Fox takes Scream Queens creator Ryan Murphy “seriously when he wants to build something,” so it seems that Scream Queens will make a return once Murphy comes up with an interesting idea for a sequel.

Rumors about a potential Scream Queens revival surfaced earlier this week when Murphy himself took to Instagram to share that a lot of people have been asking him to revive the series, which ran for two seasons from 2015 to 2016.

“So many people recently have been asking me about rebooting or continuing SCREAM QUEENS (RIP, taken too soon),” Murphy wrote. “Emma [Roberts], Billie [Lourd], Lea [Michele] and I have mused on it, but question: should it be a six episode limited? A catch up movie? Who should I bring back? Would love your thoughts. So many questions….”

The first season of Scream Queens starred Roberts as Chanel Oberlin, the leader of Wallace University’s Kappa Kappa Tau sorority whose members were targeted by a pair of vengeful serial killers. The cast of the freshman run also included Lourd and Abigail Breslin as Chanel #3 and Chanel #5, respectively. Keke Palmer and Skyler Samuels appeared as pledges, Jamie Lee Curtis as the college’s dean, and Michele as one of the said killers, Hester.

READ  Has Another Life been canceled or renewed by Netflix for Season 2?

Rebooting itself in the second season, Scream Queens relocated most of its original characters to a hospital where they were once again terrorized by a group of vengeful serial killers. Though the sophomore run introduced new characters portrayed by John Stamos, Taylor Lautner, Kirstie Alley and Brooke Shields, the show was still ultimately cancelled in 2017.

In the final moment of the Season 2 finale, the Red Devil from Season 1 made a shocking return — a cliffhanger of that could be resolved should Murphy decide to revive the show.

In addition to Scream Queens, it’s also unclear whether there’s going to be another iteration of 24 on Fox. At the previous TCA, Fox TV group chairman and CEOs Gary Newman and Dana Walden teased the possibility of more 24, but Collier wasn’t ready to announce anything last Wednesday.  He, however, made it clear that Fox has “so much admiration” for 24 showrunner Howard Gordon.