Unless you’ve been stuck under a rock, we’d wager that you’ve seen at least one clip of James Corden’s super popular Carpool Karaoke segment. You know… those YouTube videos with billions of views, featuring A-list guests like Justin Bieber, Adele, Ed Sheeran, Ariana Grande, and even former first lady Michelle Obama. Anywho, CBS has partnered with a company called Singing Machines to produce a Carpool Karaoke Mic for fans. 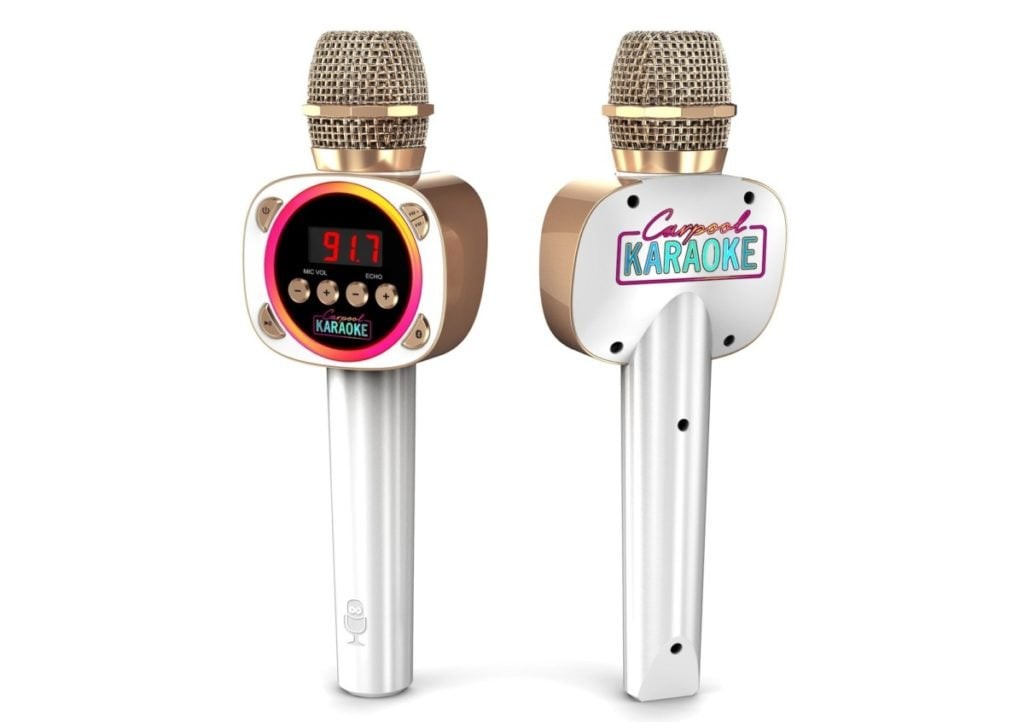 Using the mix of Bluetooth and other spooky wireless magic, the microphone connects to your car’s speaker system as well as your smartphone to allow you and you’re friends to throw a Carpool Karaoke party anytime the mood calls.

Furthermore, since your phone is connected, you can use your favorite music app (Spotify, Pandora, YouTube, etc.) to stream any song you please.

Singing Machines will debut the Carpool Karaoke Mic to the public during this weekend’s New York Toy Fair.

The mic is expected to hit retailers this summer with a sticker price of just $50.