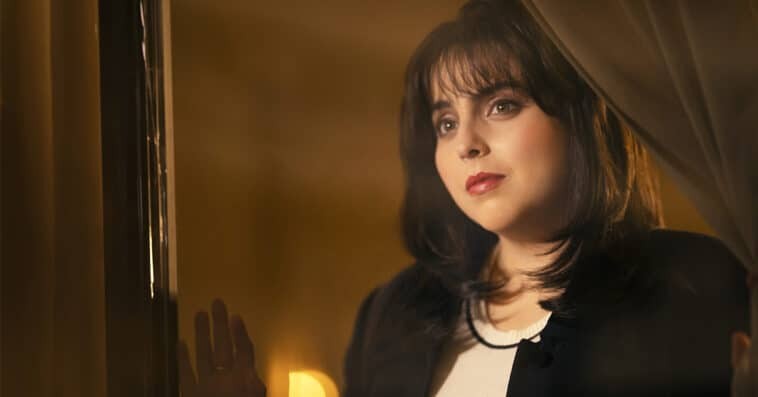 Beginning today, March 7th, fans can stream the third season of the true-crime anthology series on Hulu. The first two seasons of American Crime Story, which were exclusively streaming on Netflix until the end of February, are also available to stream on Hulu starting today. Though American Crime Story has yet to be officially renewed for a fourth season, all potential future seasons of the series will also stream on Hulu after their linear debuts on FX.

To stream the first three seasons of American Crime Story, sign up for Hulu here. Basic Hulu subscriptions are $7 per month, while its ad-free counterpart costs $13 per month.

What is American Crime Story season 3 about?

Based on the book A Vast Conspiracy: The Real Story of the Sex Scandal That Nearly Brought Down a President by Jeffrey Toobin, American Crime Story season 3 portrays the infamous Clinton–Lewinsky scandal.

The series received generally favorable reviews from critics, and FX Entertainment President Eric Schrier expects it to be an awards season favorite. “American Crime Story: Impeachment was great, we loved it. We think [executive producers] Ryan [Murphy] and Sarah Burgess and Brad and the whole team did a great job. Sarah Paulson was excellent in it, as were Clive Owen and Beanie Feldstein,” Schrier told Deadline in February. “We have high hopes for it come awards season. We are really proud of it.”

Other Ryan Murphy FX franchises that are available to stream Hulu

While the 10-season library of American Horror Story has been available to stream on Hulu for quite some time now, the streaming rights to the horror anthology series were previously shared by Hulu, Netflix, and Amazon Prime Video for the last couple of years. Future seasons of American Horror Story, which has been renewed through season 13, will continue stream on Hulu after their linear debuts on FX.

“We are thrilled that these captivating and trailblazing series from Ryan Murphy have come to Hulu,” said Joe Earley, President of Hulu, in a statement. “American Crime Story, American Horror Story, and Pose all resonate deeply with audiences in their own ways, and continue to set the standard for riveting, character-driven, inclusive storytelling. Alongside our partners at FX and 20th Television, we are proud to offer these prestigious and thought-provoking titles to our subscribers.”