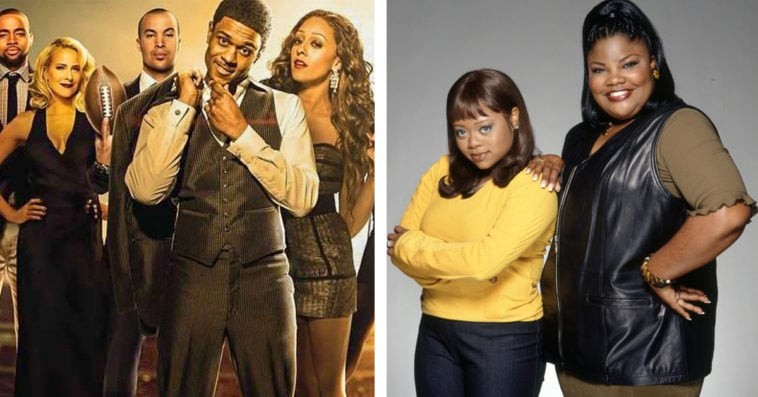 Seven iconic Black TV series are coming to Netflix in the next three months.

Netflix’s Strong Back Lead Twitter account announced on Wednesday that comedy shows Moesha, The Game (seasons 1-3), Sister Sister, Girlfriends, The Parkers, Half & Half, and One on One are all arriving on the streaming service this fall.

The announcement came with a video of the various cast members from the seven shows, including Shar Jackson and Sheryl Lee Ralph from Moesha; Tracee Ellis Ross and Jill Marie Jones from Girlfriends; Tamera Mowry-Housley and Jackée Harry from Sister, Sister; Brittany Daniel and Pooch Hall from The Game; Essence Atkins and Rachel True from Half & Half; Flex Alexander and Robert Ri’chard from One on One; and Jenna Van Oy and Coby Bell from The Parkers; just to name a few.

“We are beyond humbled and honored at how much the fans continue to ride hard for these shows years later, and how they made a huge impact on the culture,” the actors said in the video. “These shows changed the face of television as we know it. And it helps for Black creators both in front and behind the camera, and has provided us with being able to be in the homes of people worldwide.”

Time to pop bottles??
The following classic shows are coming to @Netflix (US)

To celebrate, here's a message from your faves: pic.twitter.com/zohNPEo0rz

For those who are not familiar with the shows, below are brief descriptions for each of the series, including their respective Netflix debut dates:

Starring R&B singer Brandy Norwood in the title role, the series centers on the life an upper-middle class African-American family through the eyes of a teenage girl named Moesha. Created by Ralph Farquhar, Sara V. Finney, and Vida Spears, the show ran for six seasons on UPN from 1996 to 2001.

A spinoff of UPN sitcom Girlfriends, The Game tells the story of a group of women who all have relationships with professional football players. Starring Tia Mowry-Hardrict, Pooch Hall, Wendy Racquel Robinson, Brittany Daniel, Hosea Chanchez, and Cody Bell, the comedy drama aired on The CW from 2009 to 2009 for its first three seasons, and on BET from 2011 to 2015 for its last six seasons.

Starring identical twins Tia and Tamera Mowry, the sitcom tells the story of twins Tia Landry and Tamera Campbell who were separated at birth and accidentally found each other 14 years later. Created by Kim Bass, Gary Gilbert, and Fred Shafferman, the series aired its first two seasons on ABC from 1994 to 1995, and its last four seasons on The CW from 1996 to 1999.

A spin-off of Moesha, The Parkers focuses on the mother-daughter relationship of Nikki (Mo’Nique) and Kim Parker (Countess Vaughn). The sitcom aired for five seasons on UPN from 1999 to 2004.

Set in San Francisco, Half & Half stars Rachel True and Essence Atkins as estranged paternal half-sisters Mona and Dee Dee who start to develop a close relationship with each other. Created by Jeffrey Klarik, the sitcom ran for four seasons on UPN from 2002 to 2006.

Created by Eunetta T. Boone, One on One stars Flex Alexander as a single sportscaster who becomes a full-time dad when his teenaged daughter Breanna (Kyla Pratt) moves in with him after his ex-wife decides to accept a job out of the country. The sitcom ran for five seasons on UPN from 2001 to 2006.