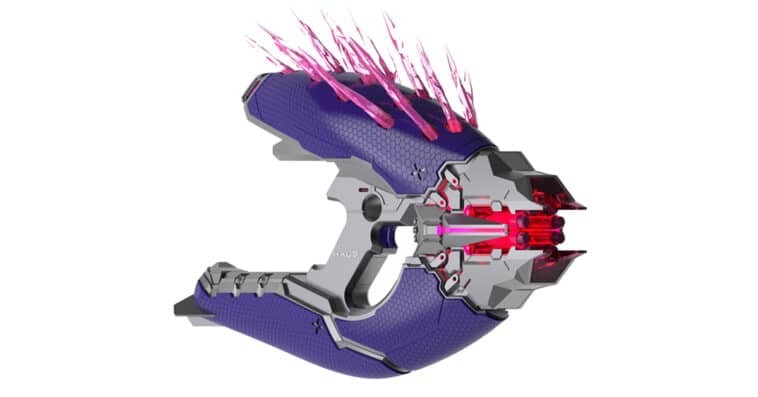 Hasbro has expanded its Nerf LMTD collection with an all-new blaster based on the Needler, an iconic weapon from the popular video game franchise Halo.

Officially called Nerf LMTD Halo Needler, the blaster captures the look and feel of the titular firearm mostly used by Covenant foot soldiers in the Xbox video game series. Co-developed with the Halo team at video game studio 343 Industries, the blaster recreates the in-game weapon’s distinctive design with flexible needles that light up when the handle is gripped. 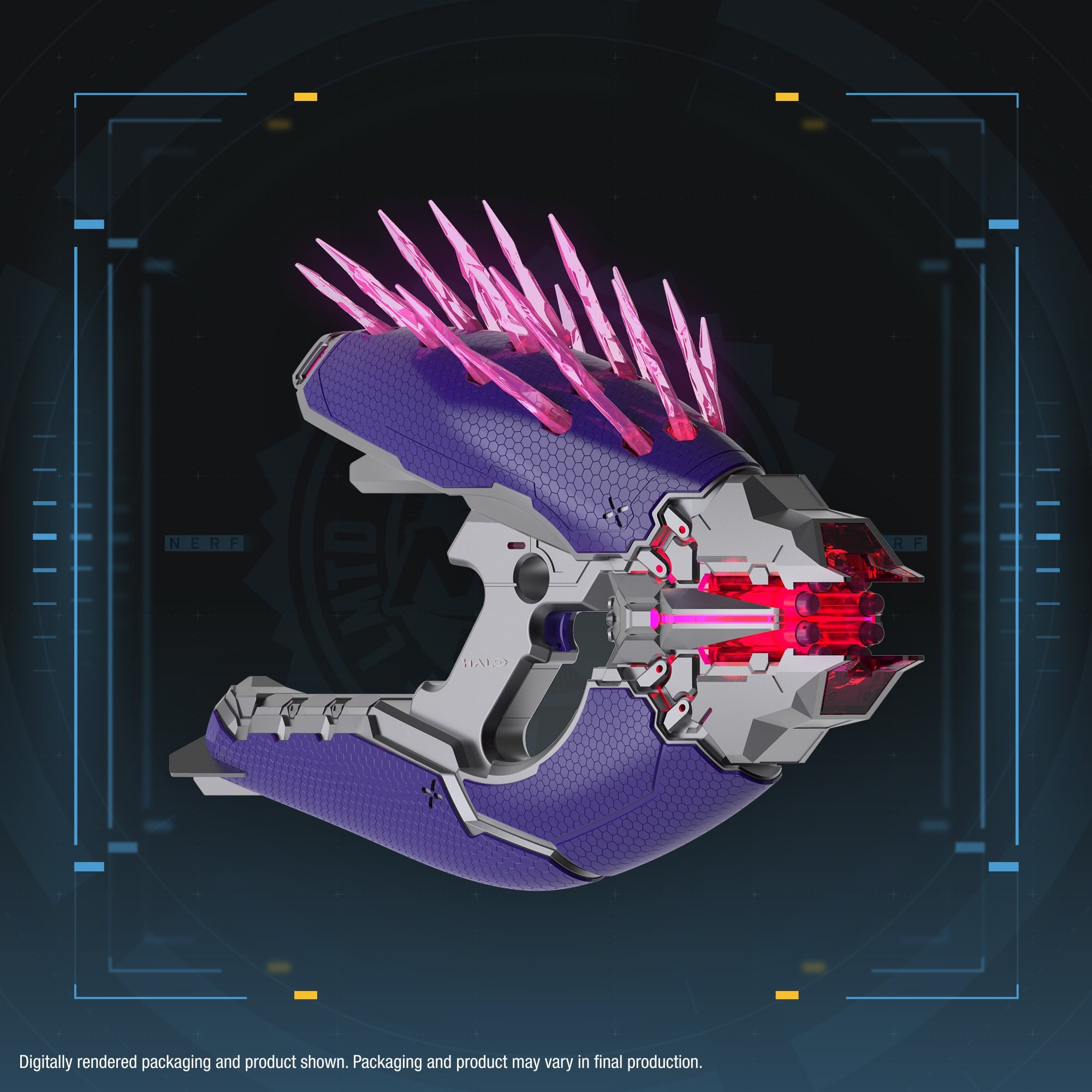 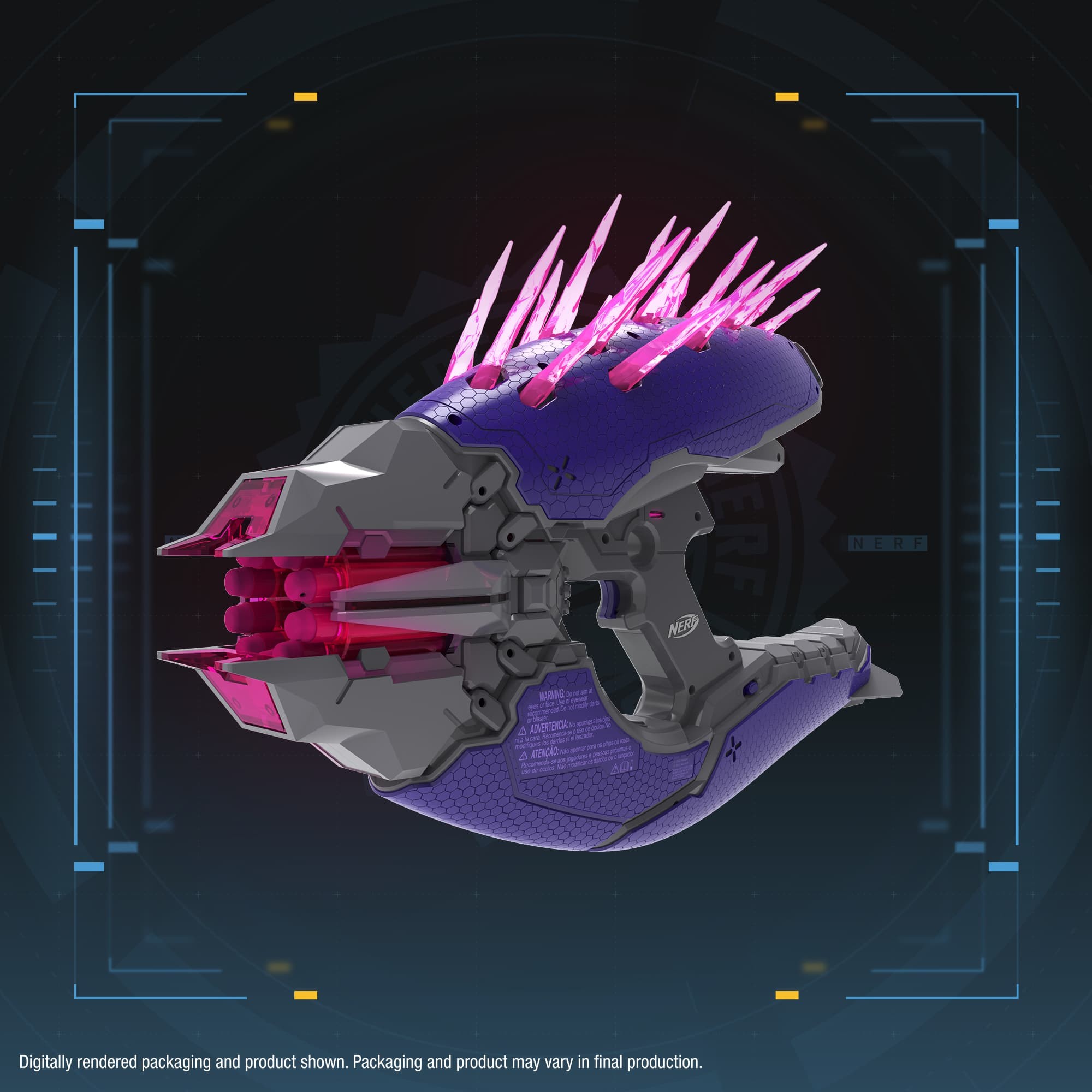 In addition to the flexible needles on the top plate, other accent areas also light up on the blaster, giving the highly collectible replica an exciting visual presentation. The blaster even has a display mode that allows fans to activate all its light-up features and showcase it on the included stand.

But the Nerf LMTD Halo Needler isn’t just for display. This fully motorized blaster comes with 10 pink-colored Nerf Elite darts and unleashes 10 darts in a row from its rotating, 10-dart drum. For easy dart loading, users simply need to flip open the blaster’s shield to access the drum. 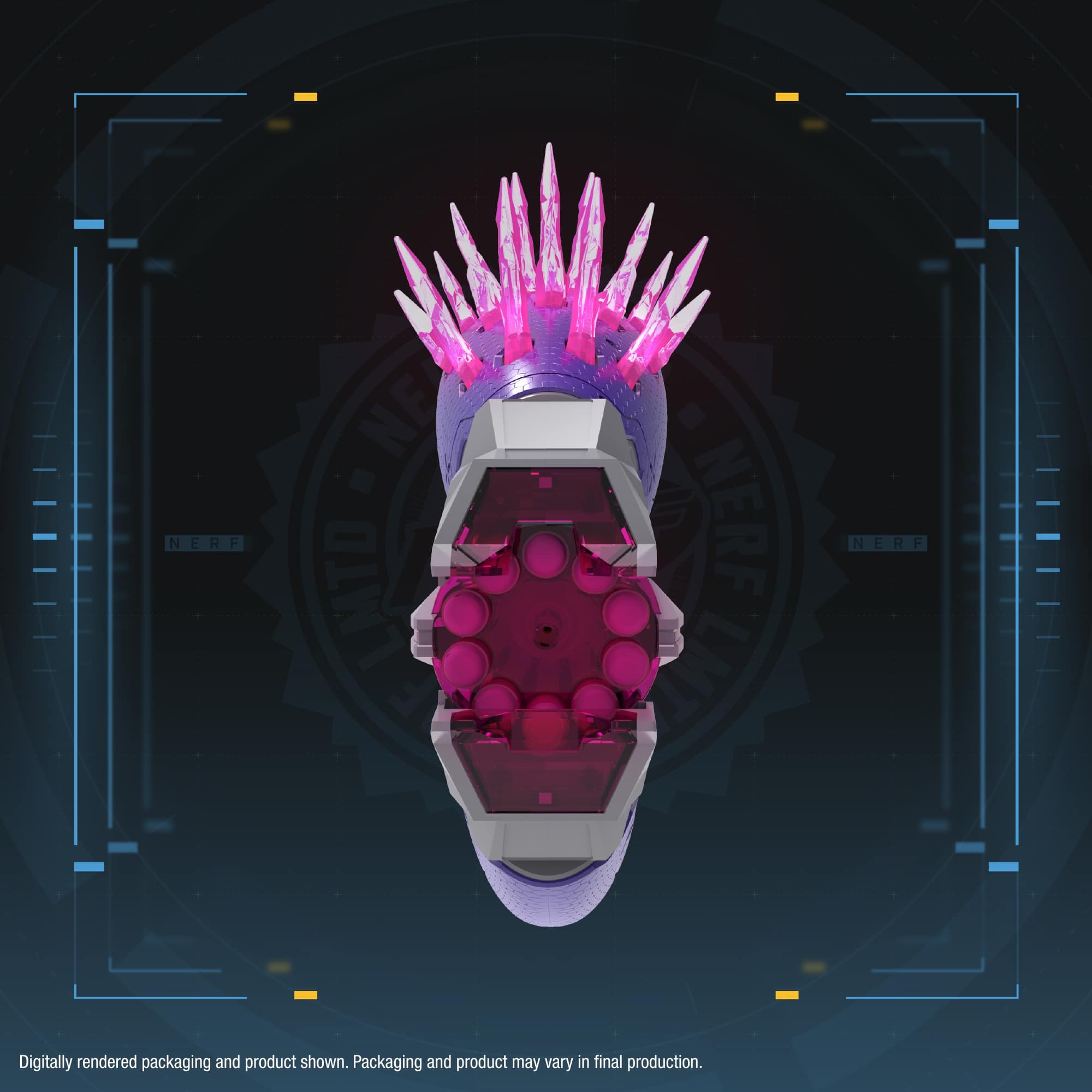 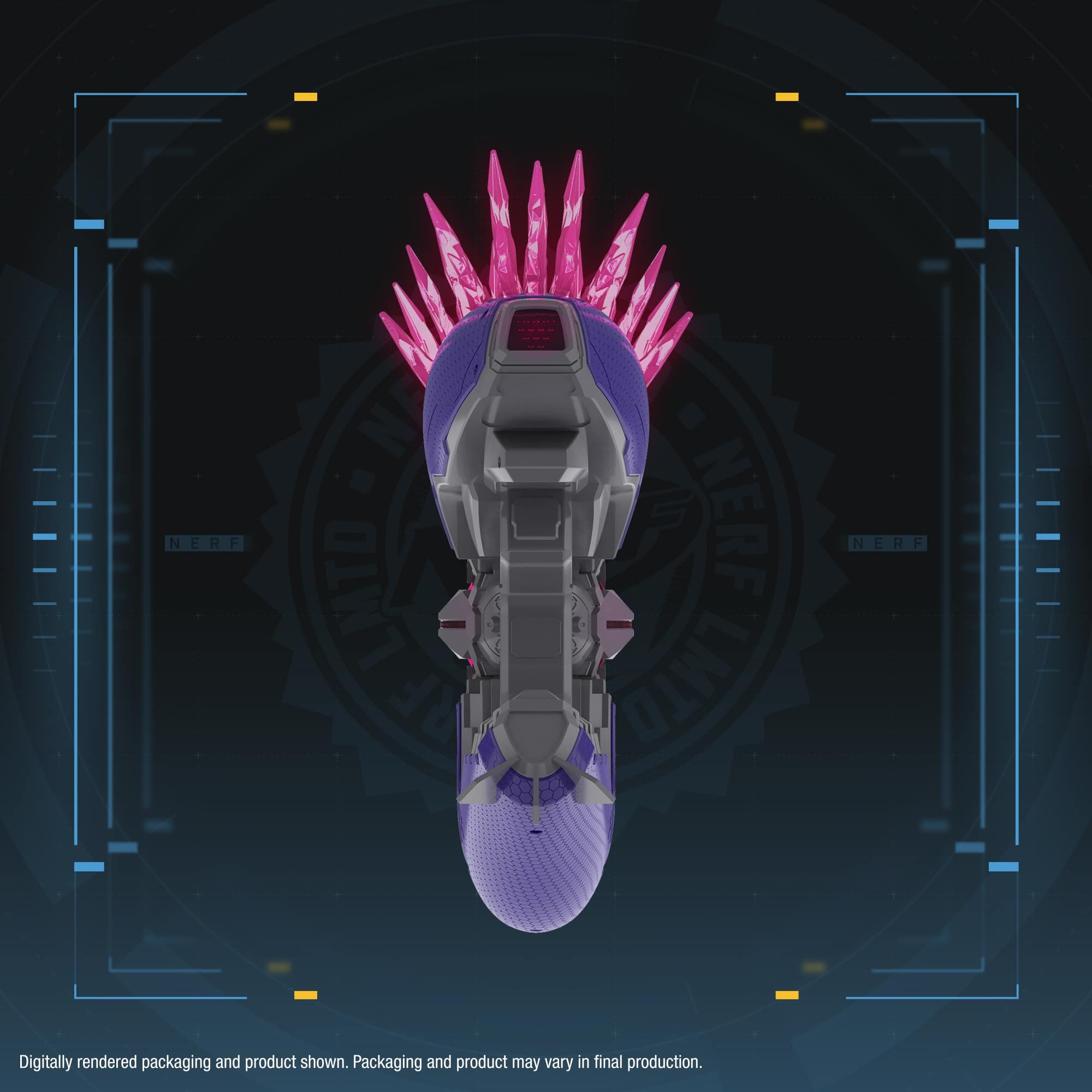 The blaster comes fully assembled in premium packaging inspired by game elements from Halo Infinite, the upcoming sixth main entry of the Halo series and the sixteenth Halo game overall. The military, sci-fi-themed packaging is perfect to showcase next to the Needler blaster on the display stand.

Also included in the blaster is a card with a code that unlocks in-game content in Halo Infinite. 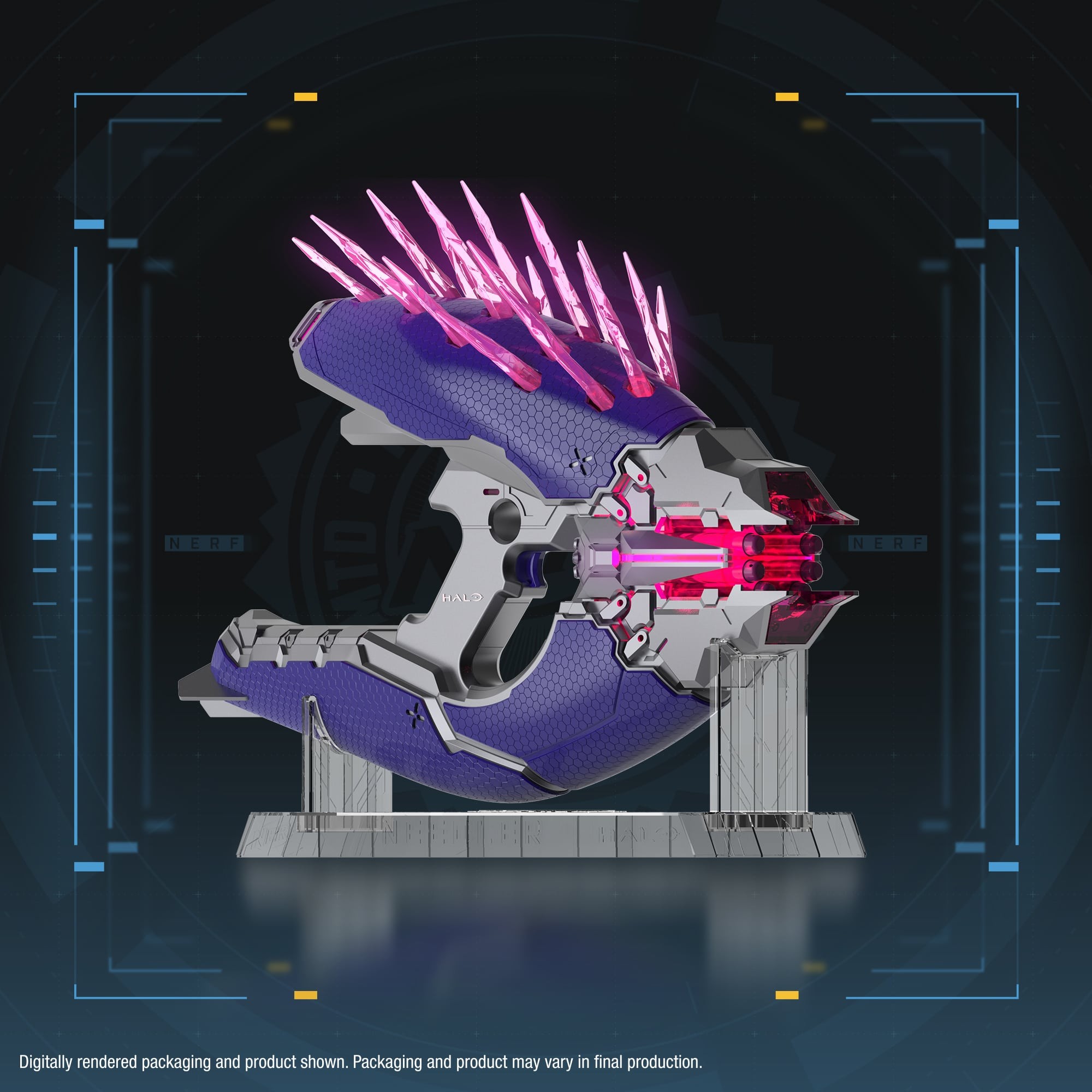 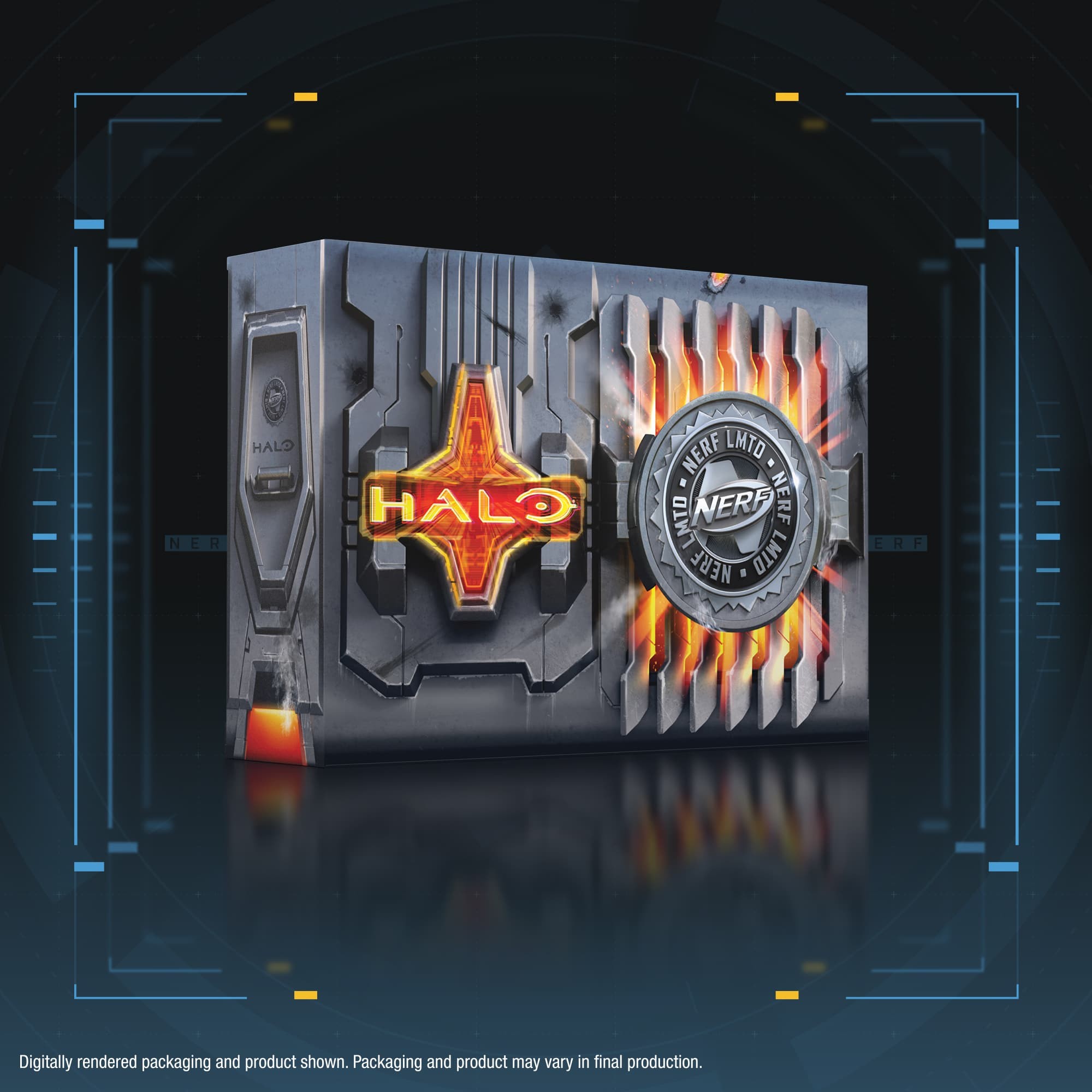 Priced at $99.99, the Nerf LMTD Halo Needler is now available for preorder at Entertainment Earth, with shipping slated for December 2022.

Halo Infinite, meanwhile, is scheduled for release on December 8th.