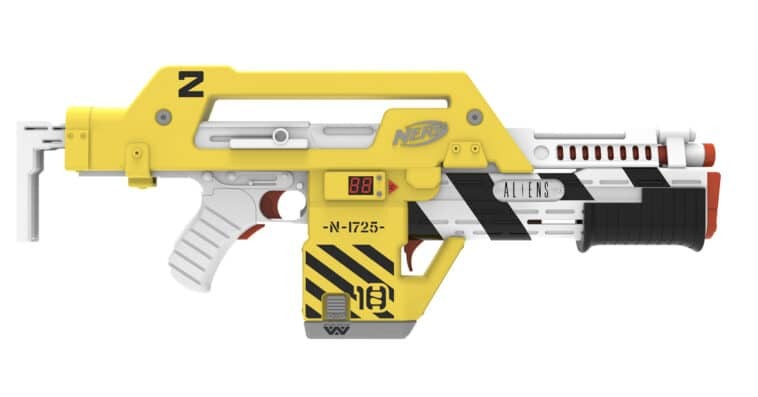 The 1986 sci-fi movie Aliens turned 35 last month, and to mark this milestone, Hasbro has revealed a Nerf blaster inspired by the iconic James Cameron film.

Called Nerf LMTD Aliens M41-A Pulse Blaster, the toy gun is based on the equipment of the Colonial Marine Corps in the movie. Complete with film-accurate coloring and details, the blaster comes with over and under barrels for dual blasting.

Players can unleash Elite darts rapidly in a row with the toy gun’s fully-motorized, fly-wheel mechanism on top. And if the job requires more power, players can utilize the pump-action Mega darts barrel on the bottom. 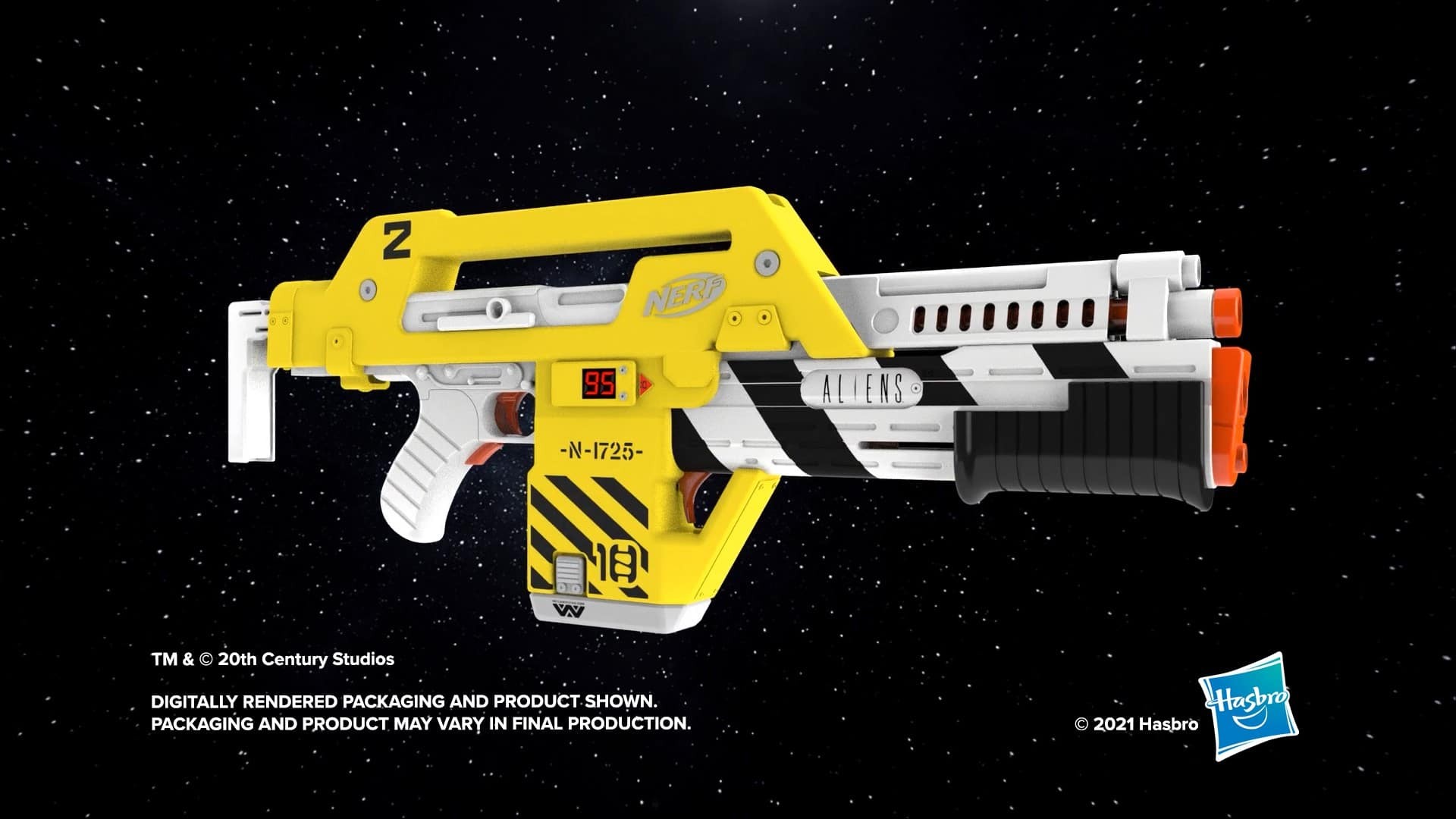 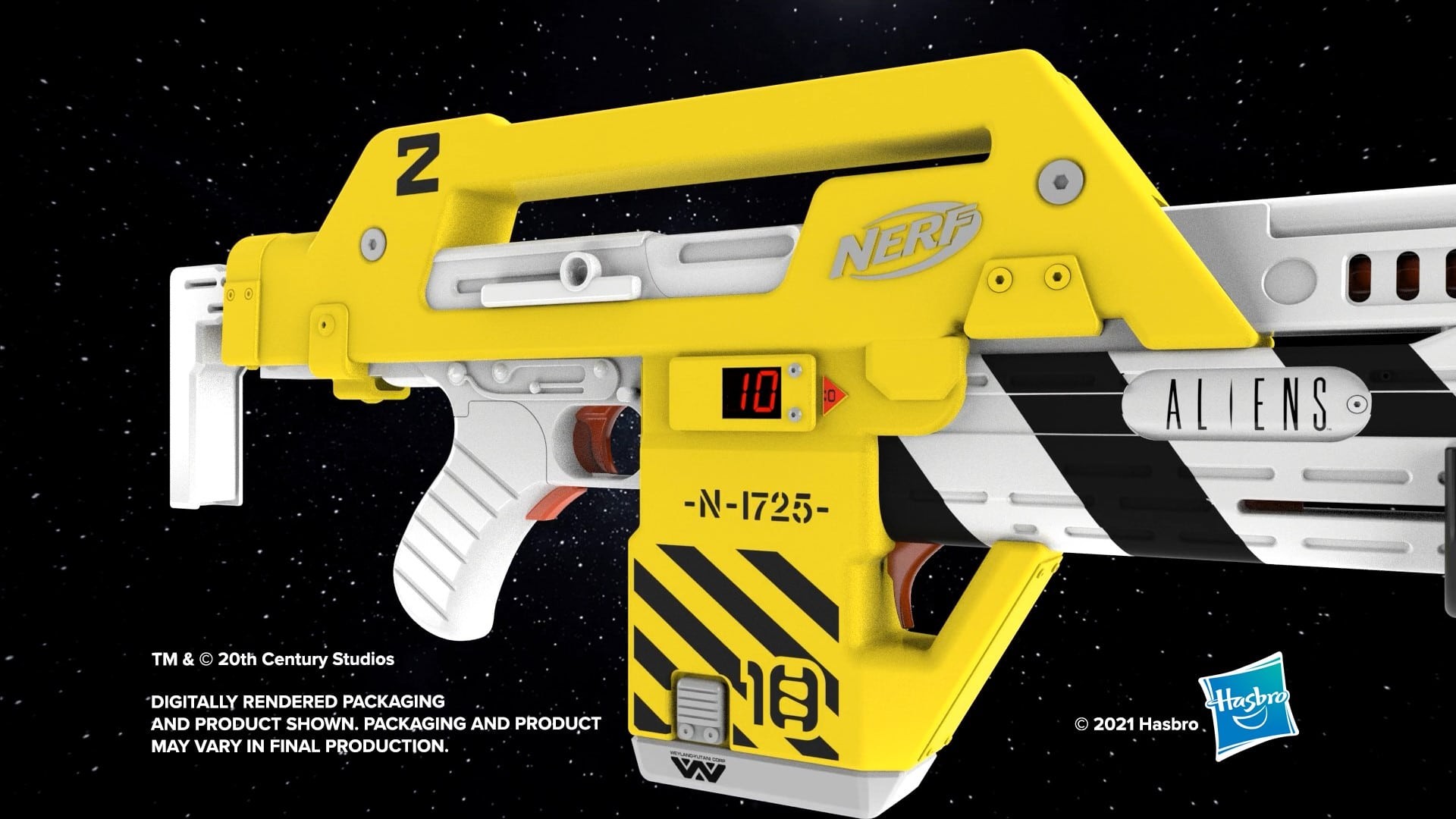 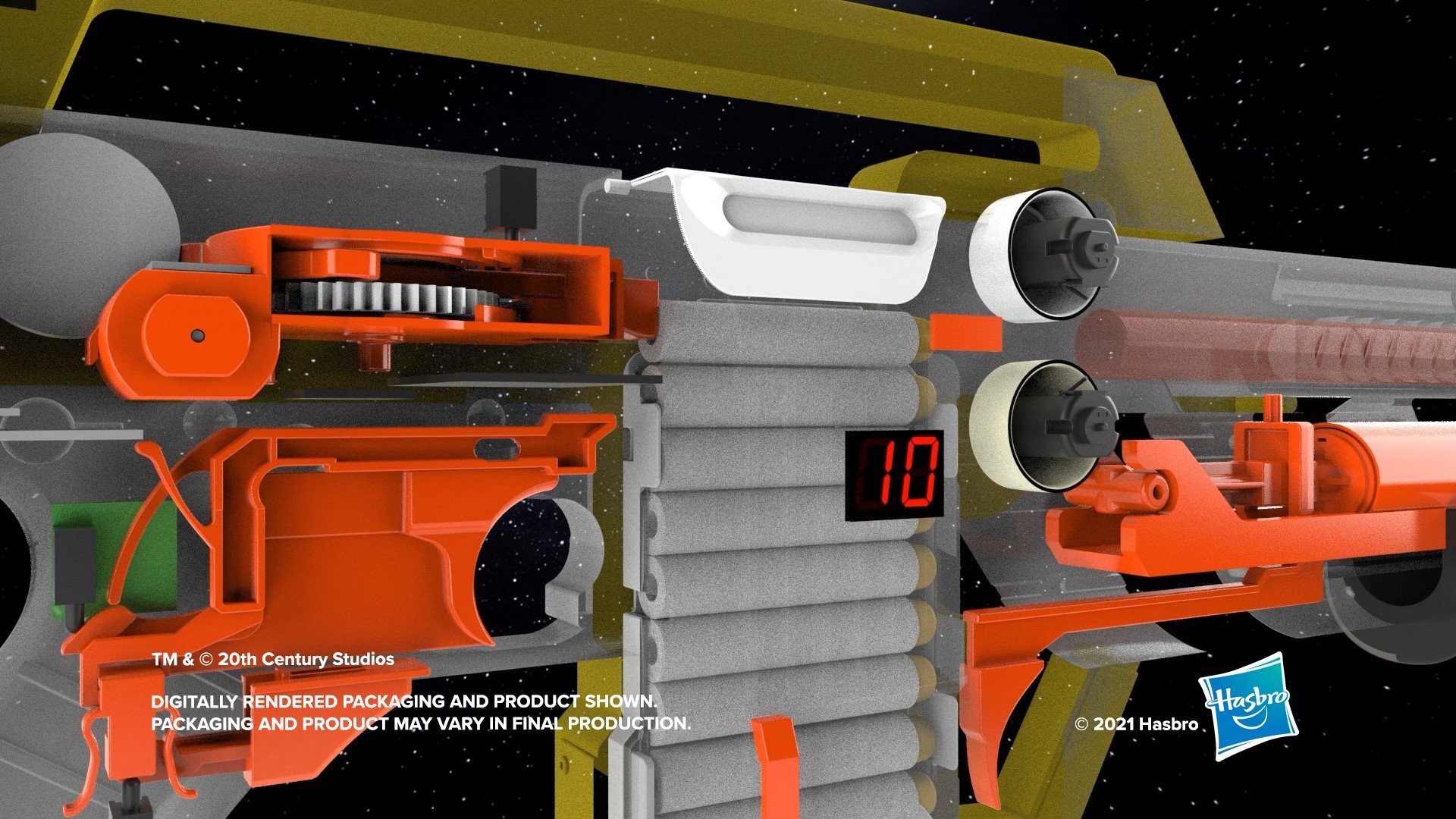 Like other M41-A Pulse blasters, the toy gun features a dart-counter that matches the iconic red 7-segment display from the film. After players set it to their preference (up to 99), the display will count down with every blast. For a more immersive pretend play, the Nerf LMTD Aliens M41-A Pulse Blaster also features film-accurate blasting sounds with every squeeze of the trigger.

Measuring 28 inches long, the blaster comes fully assembled in premium packaging, ready for display. The packaging, which is adorned by collector details like embossing and dull and gloss finishing, includes two storage compartments to hold both Elite and Mega darts. 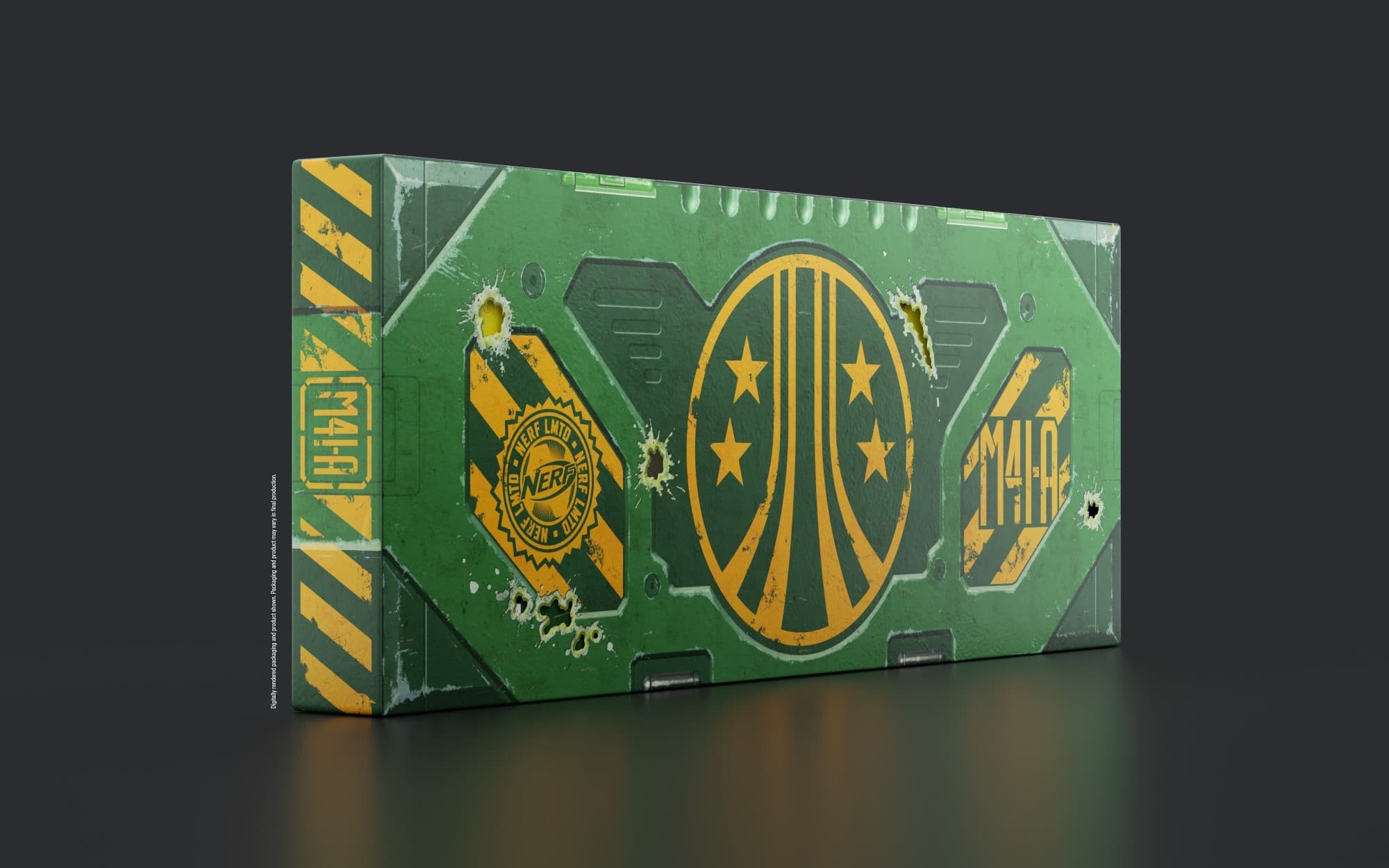 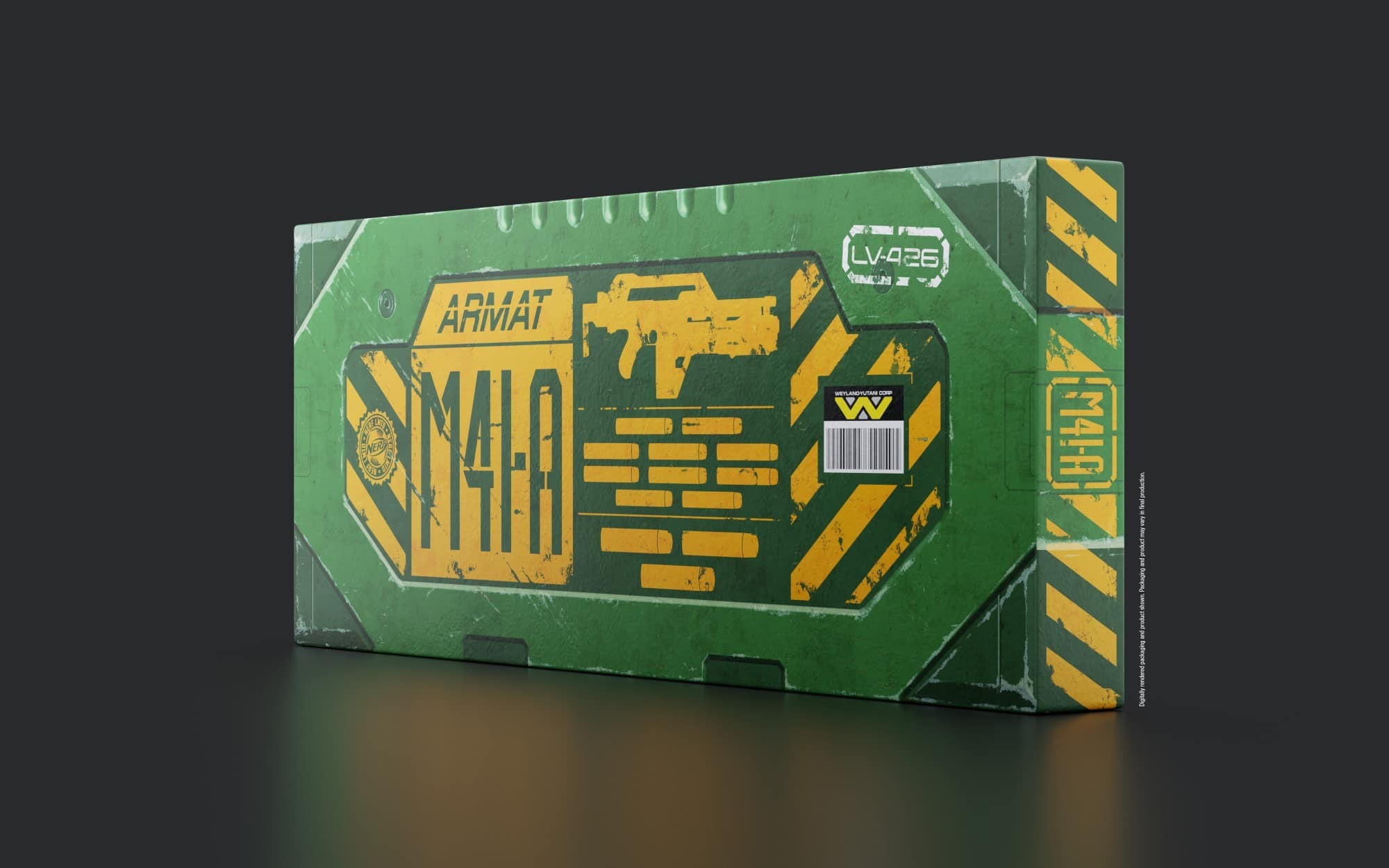 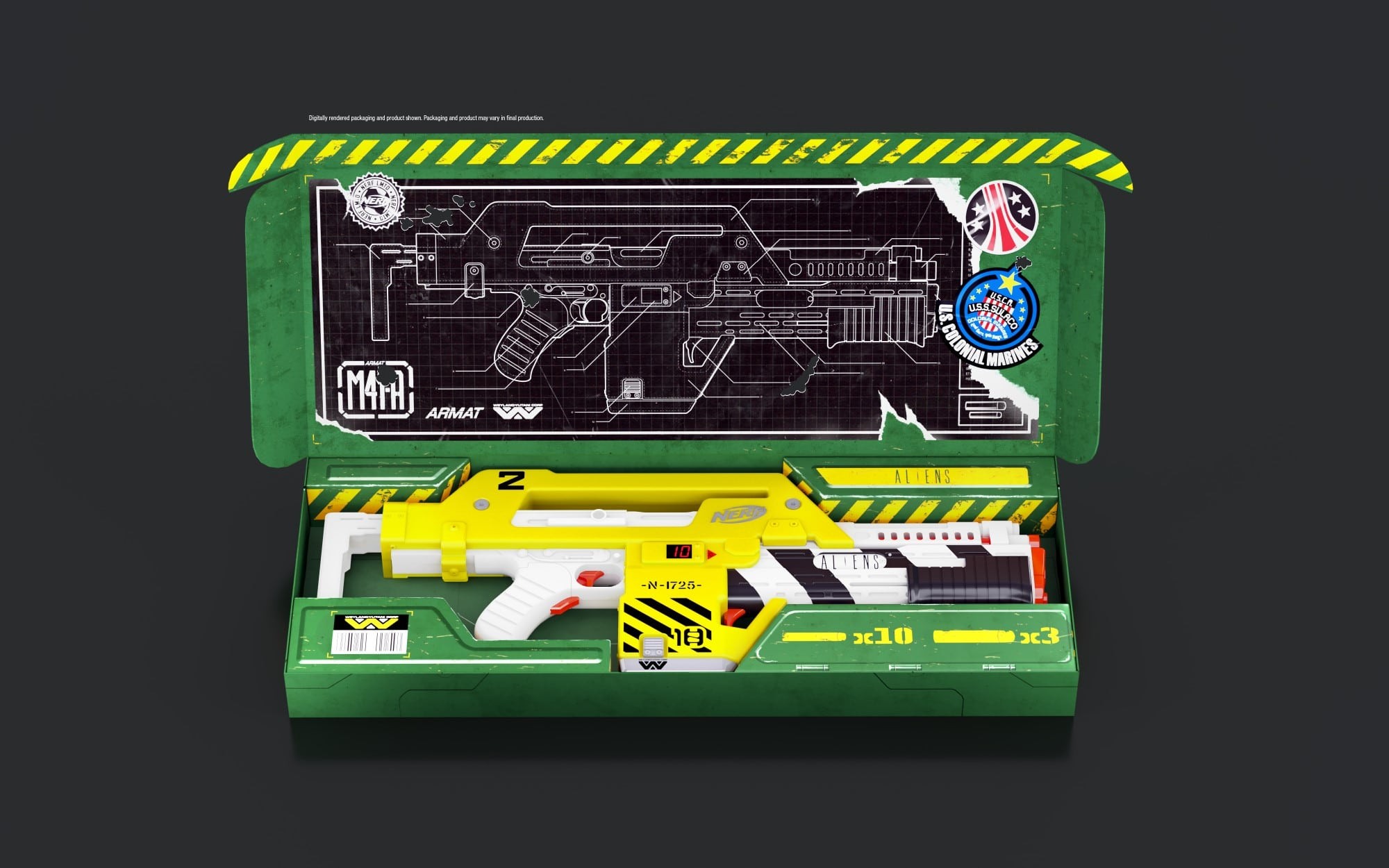 Powered by 4 1.5v C alkaline batteries (not included), the Nerf LMTD Aliens M41-A Pulse Blaster comes with 10 Elite darts and 3 Mega darts. The toy gun is now available for preorder for $94.99 at GameStop, with shipping slated for October 1st.