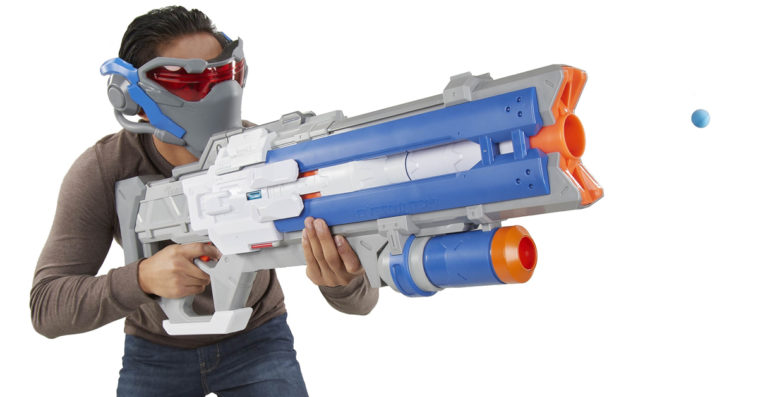 Fans can finally take on the role of Soldier: 76 in a real-life Overwatch battle with this cool Nerf blaster replica of the hero’s signature heavy pulse rifle from the popular video game.

The latest addition to Hasbro’s Nerf Rival Overwatch toy line, the Soldier: 76 blaster is a fully motorized blaster that can fire 30 high-impact Nerf rounds at a velocity of 90 feet per second. When in use, the blaster’s electronic lights are activated and recoil action kicks in.

In addition to the 30 Nerf rounds, this huge toy gun also comes with a wearable full-mask targeting visor that allows users to look like Soldier: 76 as well. This blaster requires six 5v D alkaline batteries, which are not included in the package. 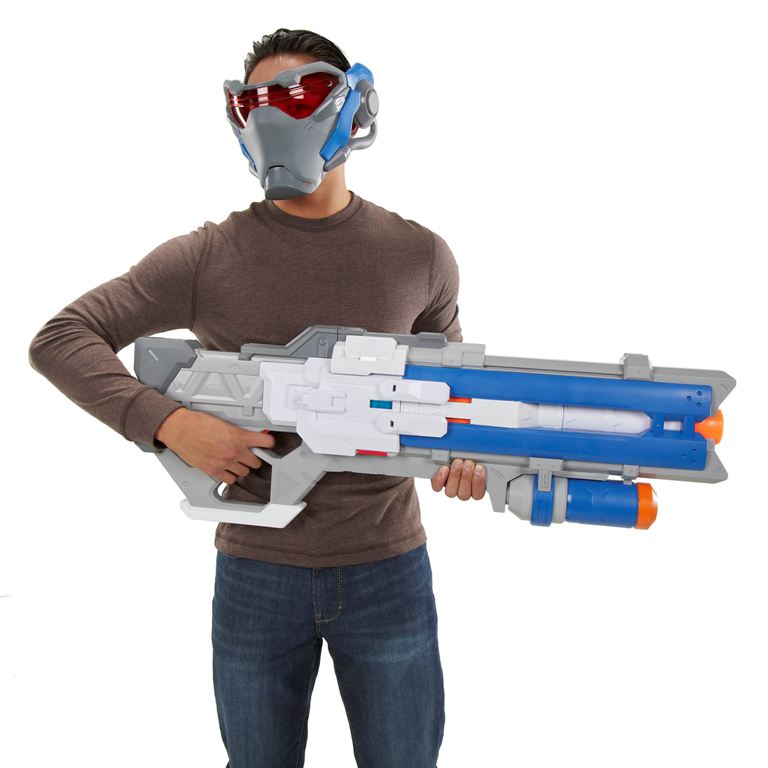 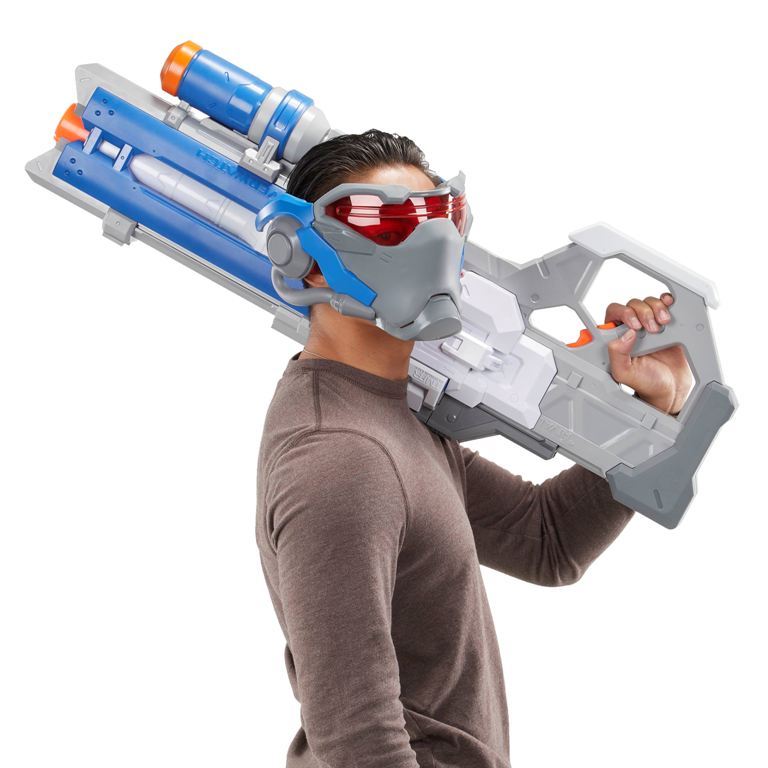 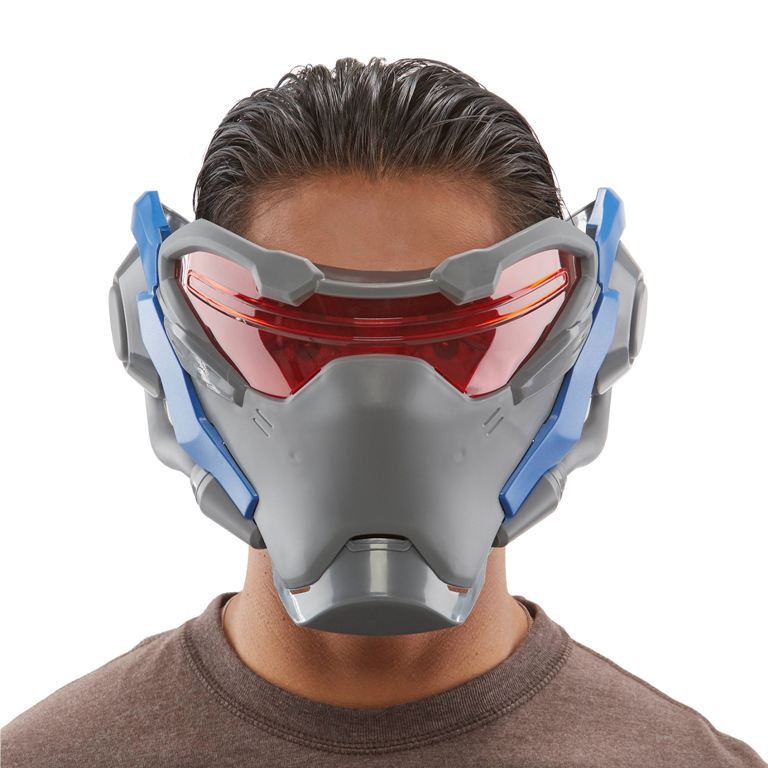 The Soldier: 76 blaster and targeting visor bundle will be sold exclusively at GameStop in the fall, but is now available for pre-order for $129.99.

Besides the Nerf Rival Overwatch Soldier: 76 blaster and targeting visor, Hasbro has also recently unveiled the 6-inch Reinhardt action figure with the Bundeswehr skin. The action figure includes six accessories, including an enormous shield and an equally gigantic hammer. 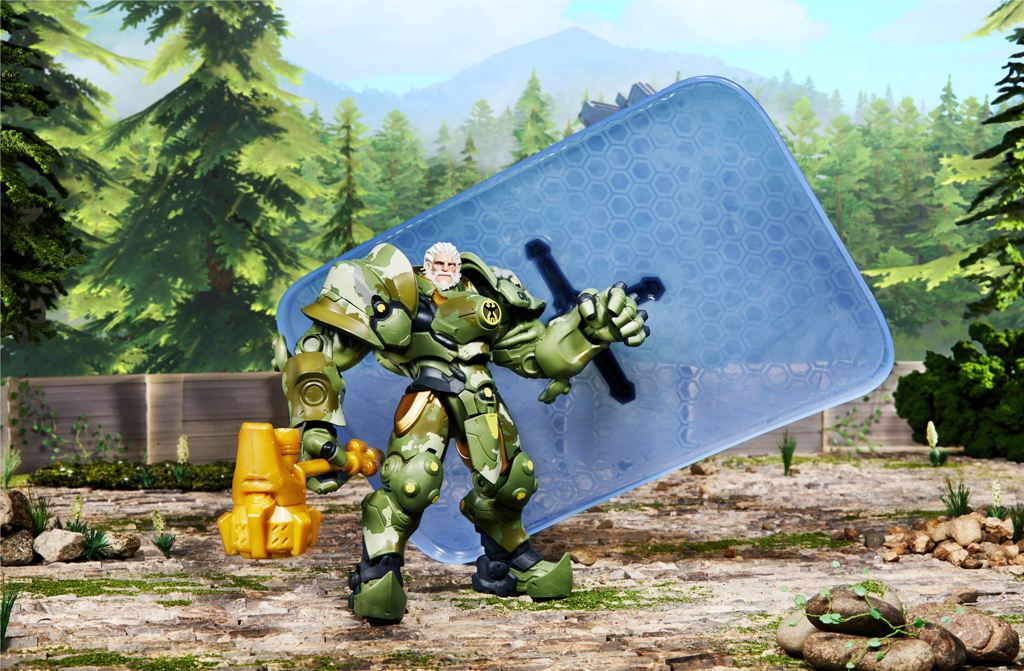 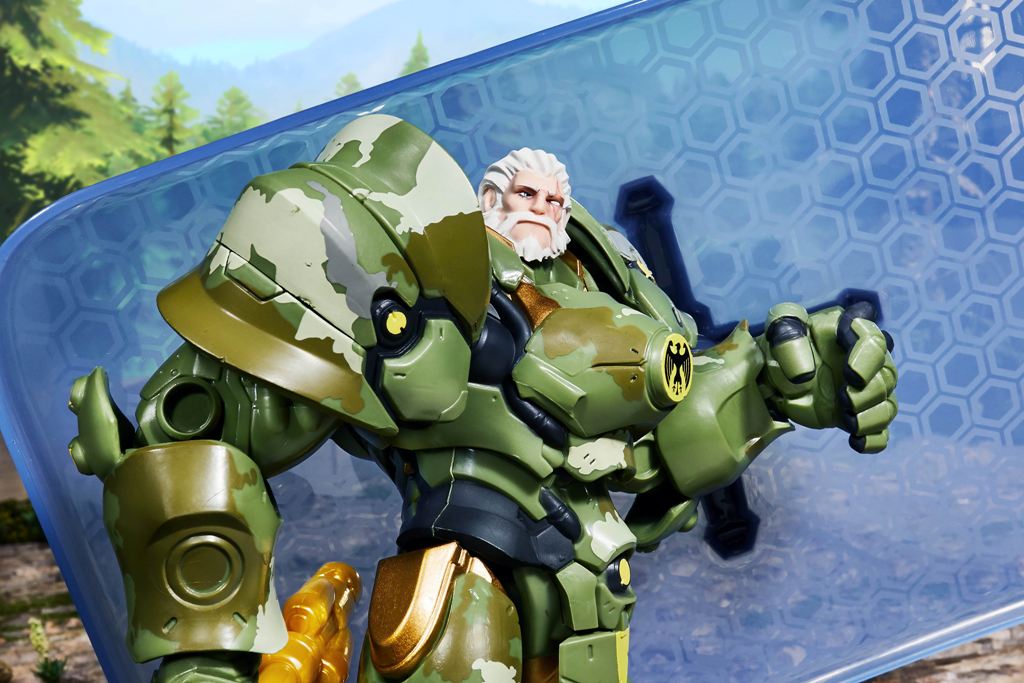 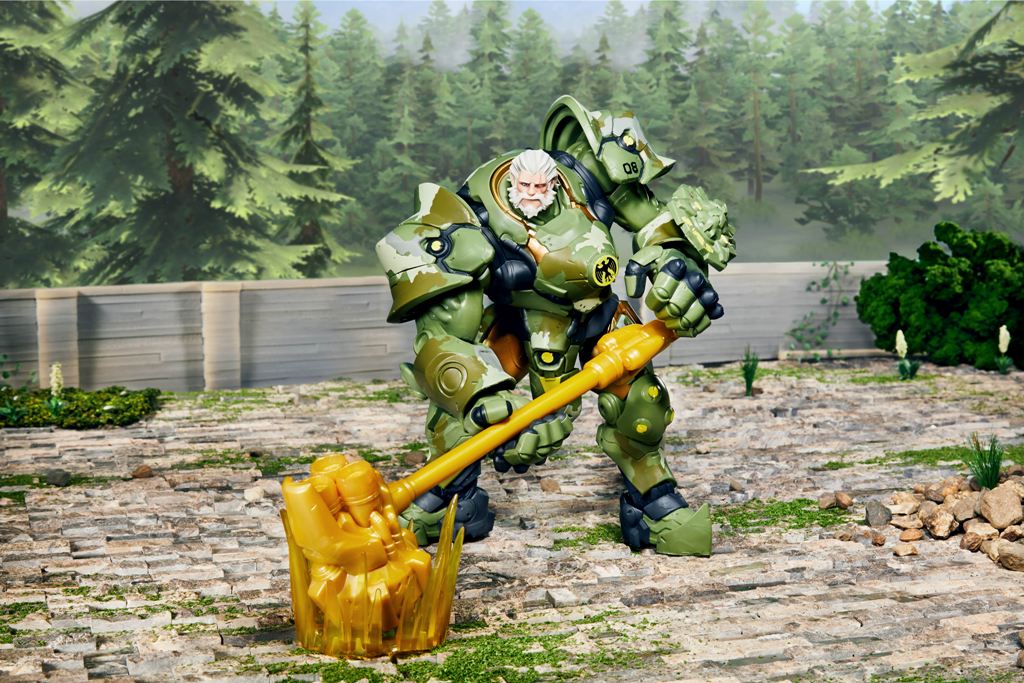