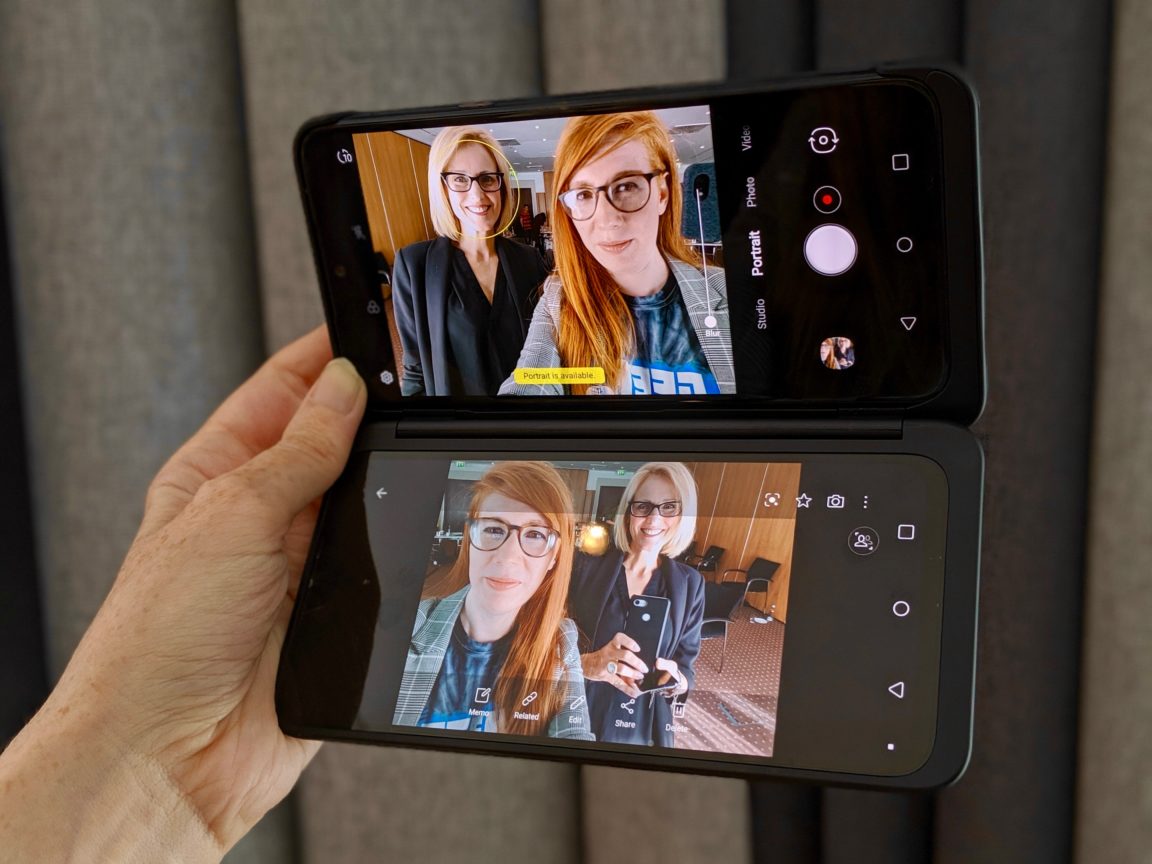 Back at MWC in Barcelona last March, LG introduced their LG Dual Screen accessory designed for the LG V50 ThinQ. The Dual Screen accessory transformed the V50 into a full-fledged dual-screen smartphone. Granted, it’s not quite as slick as the likes of the Galaxy Fold or Huawei Mate X, but it’s very compelling for its price point. Priced at just $199, it’s still the most affordable foldable / dual-screen smartphone that was released in 2019.

The new LG Dual Screen further deviates from its predecessor in the way that it connects to the LG G8X via USB-C. Also new to the LG Dual Screen is a 2.1” OLED cover display for displaying notifications and the time.

When it comes to software, LG has implemented tweaks to better take advantage of the dual displays. For starters, you can now extend Chrome onto the two displays. They’ve also preloaded the Whale web browser onto the device, which is specially optimized for the dual-screen format and allows you to browse to web sites side-by-side. It’s features like these that transform the LG Dual Screen into a multi-taskers dream.

They’ve also preloaded a custom gamepad controller onto the LG G8X ThinQ. The game controller pad can be easily tweaked – that includes being able to remove and resize controller buttons.

Other neat features like Dual Mirror mode allows you to take a selfie while looking at the second display. But perhaps the wackiest new feature that the LG G8X ThinQ comes with is the new ASMR Recording mode. This mode turns up the sensitivity on the phone’s mic by 10dcb – so that you can more easily record ASMR videos. SIGHHHHHHHHH. What is the world coming too?

The LG G8X itself is a typical premium smartphone. It packs in a 6.4-inch OLED display with a notch and an in-screen fingerprint reader. It’s powered by a Qualcomm Snapdragon 855 chipset.

LG is rolling out their new LG UX 9.0 with the LG G8X ThinQ. LG UX 9.0 offers a cleaner UI with completely redesigned graphics that very much resembles iOS. 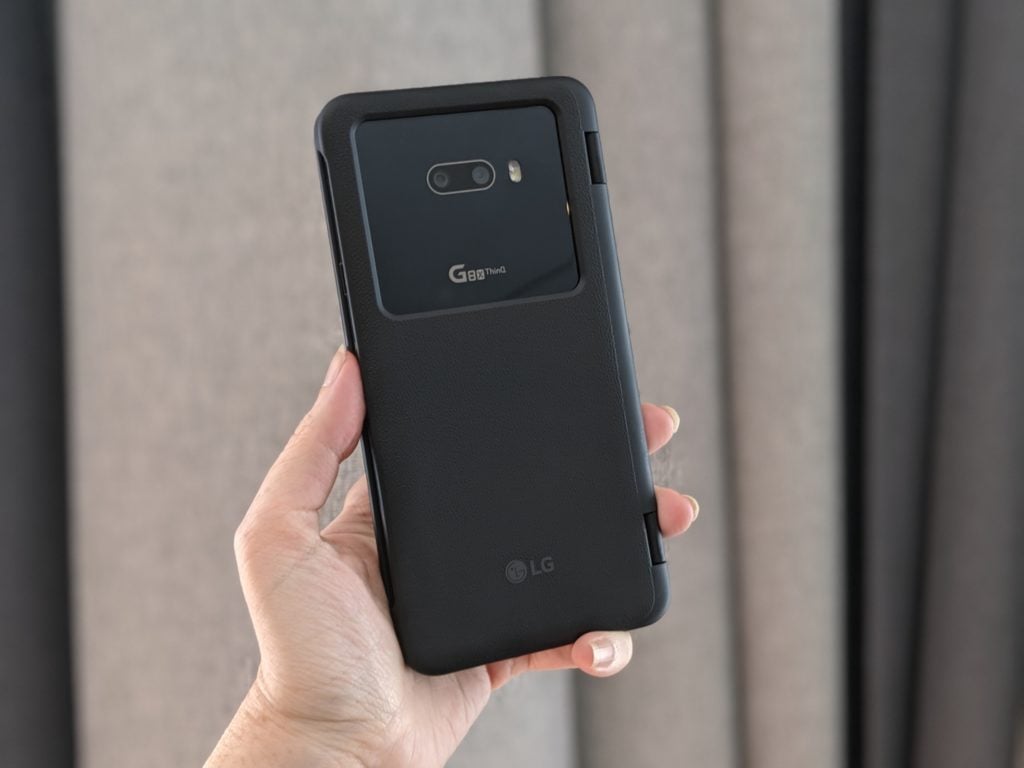 We didn’t get to play with a final version of the new LG Dual Screen, but the prototype unit we briefly got a hands-on with worked pretty flawlessly.

LG says that the LG Dual Screen will be bundled for free with the LG G8X ThinQ. We’ll update this story as soon as have pricing and availability.