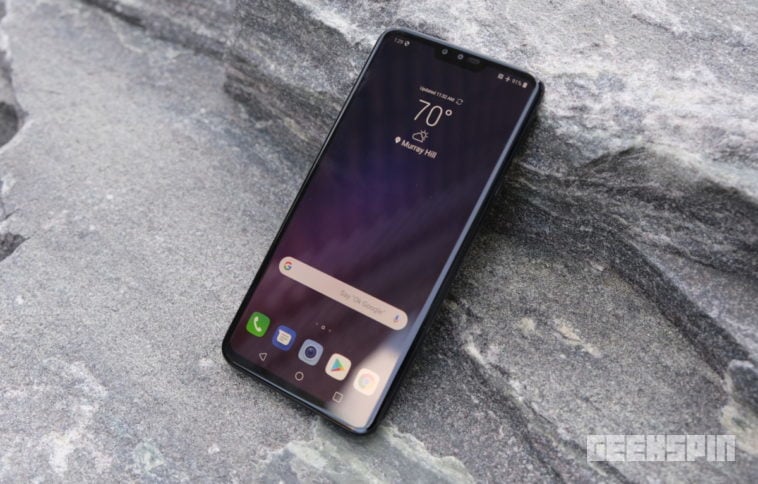 LG is jumping into the 5G race at Mobile World Congress, with their first ever 5G phone, the LG V50 ThinQ 5G.

It has only been a couple of months since the LG V40 ThinQ was released, so this might come as a surprise, but in reality, the V50 ThinQ is pretty much just a V40 that is 5G ready.

But that in itself is what is most impressive about the LG V50 ThinQ 5G – that it’s literally the same size as the V40 ThinQ. Many folks in the mobile industry have been expecting to see first-gen 5G handsets that are bulkier than their 4G counterparts, so the fact that the LG V40 and V50 are practically identical in size comes as a pleasant surprise.

With that said, the V50 ThinQ 5G isn’t an exact copy of the V40. LG says that the device has been enhanced in several ways. For starters, it’s going to come running on a Snapdragon 855 chipset which offers a significant performance bump over the 845 that is found in the LG V40. In addition, the V50 has received a battery bump to 4,000 mAh because 5G speeds are more battery hungry. They have also increased the size of the heat pipe by 40% to help keep the phone running cool under 5G conditions. Other than that, you can expect the same 5 camera system, boombox speakers and specs that can be found in the V40.

Globally, there will be a V50 ThinQ available which has a second screen option when you purchase an optional Dual Screen accessory case.

LG will be showing off 5G demos with the LG V50 ThinQ at their booth this week at MWC.