Huawei is debuting their first foldable phone, and from our quick first impressions with the new Mate X, this foldable phone seems to be a heck of a lot more impressive than the Samsung Galaxy Fold. Not that the Galaxy Fold is a slouch by any means, but the Huawei Mate X looks like it just might steal the show this week at Mobile World Congress in Barcelona. 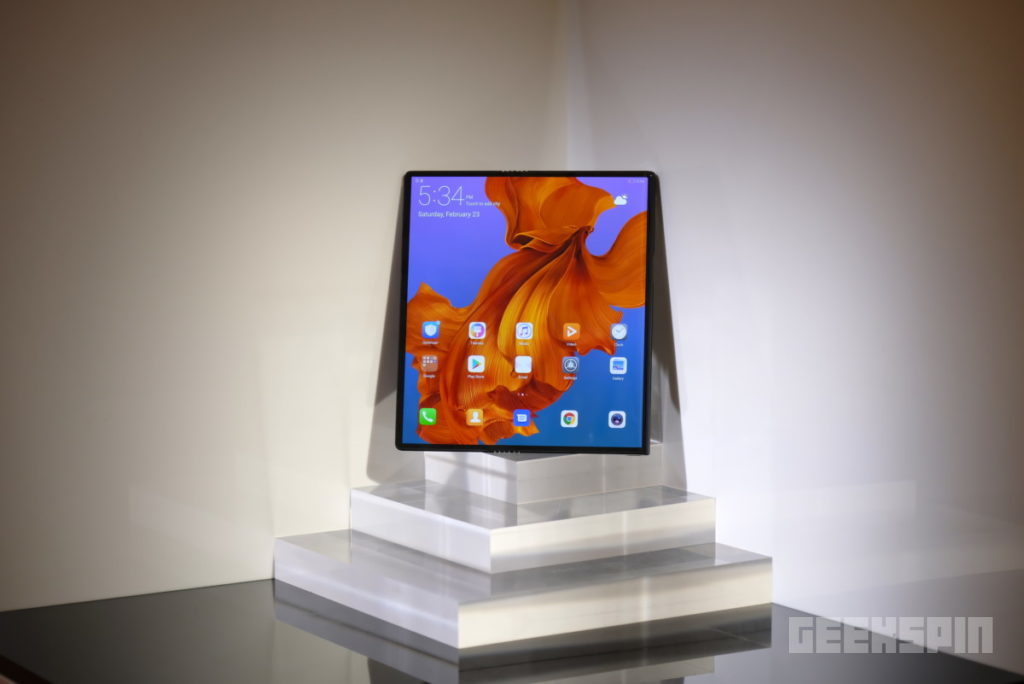 The Huawei Mate X features a sophisticated “falcon wing hinge design” with an outside curvature. When unfolded, you get an 8-inch uninterrupted FullView display with an 8:7.1 aspect ratio and a 2480×2200 resolution. But when using it folded as your daily driver, the Mate X rocks a 6.6” display with a 1.95:9 aspect ratio and a 2480×1148 resolution.

Size does matter, especially when it comes to foldable phones. Fortunately, the Mate X is just 5.4mm thin when unfolded, and just 11mm thick when folded flat. In comparison, the Samsung Galaxy Fold measures 6.9mm when unfolded, and it’s 17mm thick when folded. For an additional size reference, measuring 5.9mm thick, the new iPad Pro is a bit thicker than the unfolded Mate X too. 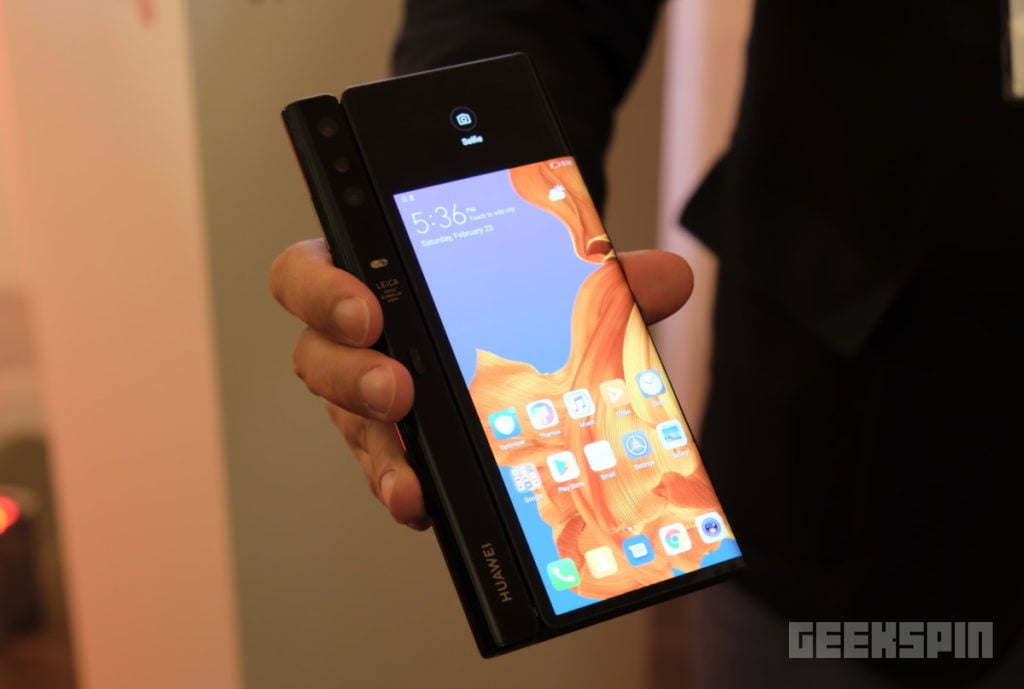 The Mate X does, however, feature an ergonomic grip that is thicker than 5.4mm. The grip is used to help hold the device comfortably. The grip is also where the Mate X houses its USB-C port and Leica cameras.

Huawei says that the Mate X is the world’s fastest 5G phone. To that effect, the Mate X uses the world’s 1st 7nm 5G chipset, courtesy of the Kirin 980 chipset running alongside their Balong 5000 modem. The Balong 5000 supports download speeds up to 4.6Gbps – that is about 10x the speed of what you typically see with 4G. In a real-world scenario, a 1GB movie can be downloaded in 3 seconds. Of course, it’s up to the carriers to make this all a reality.

The new Huawei Mate X has been co-engineered with Leica, so we have high hopes for its optics. But what we’re especially excited about is its mirror shooting feature that lets you see your portrait in real time with mirror shooting. In other words, as someone is taking your photo, you’ll be able to see exactly what they are seeing because the Mate X will be mirroring it on both sides of the display. Brilliant.

On the battery front, the Mate X packs in a 4,500 mAh battery. It also comes with a 55-watt SuperCharge which is able to charge the phone to 85% in just 30 minutes. Other features include a 2-in-1 power button that doubles as a fingerprint reader.

The phone will come in an “interstellar blue color.” Unfortunately, we’re already bummed because the Huawei Mate X will likely never make it stateside. In any case, we’ll update this story as we obtain more details about the device.