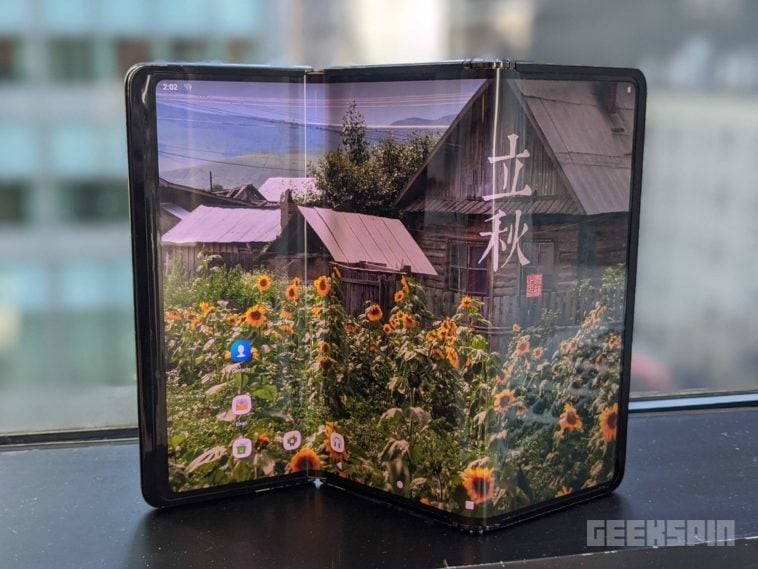 It looks like another folding phone is coming and this time it’s from OnePlus and the company is working with Google to make it possible. And even more interesting, it may be adopting a new folding form factor compared to what’s available on the market today.

At this year’s MWC in Barcelona, OnePlus unveiled its new Oxygen 13 OS based on the upcoming Android 13 release this fall. Gary Chen, OnePlus software lead, mentioned that the company has been working closely with Google for its next major update and it’ll be available once Android 13 launches.

Additionally, Oxygen 13 will also be adopting features from the upcoming Android 12L which is a major hint to the upcoming folding device from the company.

And as mentioned earlier, OnePlus may be presenting an all-new device altogether. As reported by LetsGoDigital, a patent from the company, titled Mobile Terminal, contains a design for a tri-fold with three display elements in place. According to the patent, the hinge onboard the device will also allow the displays to fold in different directions.

This isn’t the first time we’ve seen a tri-fold folding phone. Back in 2020, TCL was showing off a tri-folding phone concept, however, it has yet to come to market.