We first heard of the new razr with 5G from a leak that came out a couple of months ago but today Motorola is officially unveiling the device. When the moto razr first re-entered the market last year, loyal fans were undoubtedly excited to see this 90s icon brought back to life. But the first version of Motorola’s iconic folding phone came with problems and design issues that left most users quite underwhelmed with the device. Motorola took this as a learning opportunity and, after listening to consumer feedback, has now released a “new”, second-gen razr for 2020, with updated features, an improved polished 3D glass and aluminum design which is lighter, along with a smaller tapered chin, and of course, 5G. 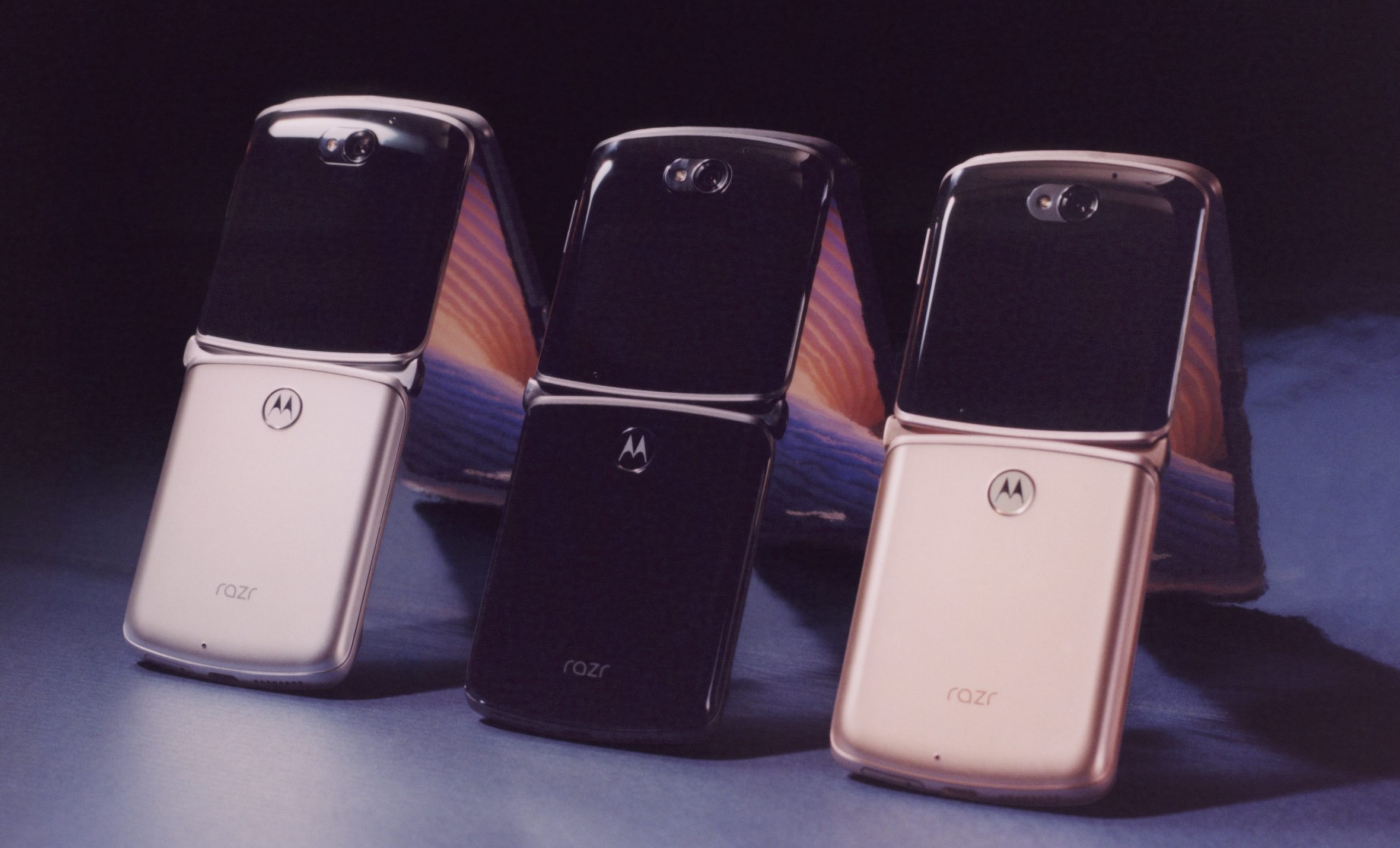 The phone is currently the only one on the market that offers a zero-gap closure on a foldable device that not only contributes to its compact form factor but also doubles as protection for the internal 6.2-inch display. Listening to the feedback of previous razr owners, Motorola also made sure that the phone and its hinge are durable by having them undergo a number of tests including rigorous flip cycling, drop tests, temperature tests, and other high-stress tests. The hinge has proved to withstand up to 200,000 flips which Motorola estimates would take a power user 5 years to reach. The device is also now water repellant.

In addition to improving hardware design, Motorola has also improved on a number of key software features. The improved external Quick View (800×600 resolution) display on the outside of the phone now offers features that aren’t available to other flip phones on the market.

While remaining closed, the Quick View display on the front of the phone is able to make video calls, send messages, and access selected apps. A navigation bar now sits at the bottom of the screen that allows Android 10-like gesture navigation. Swiping the screen different directions will access different phone functions such as camera, app tray, shortcuts, and contacts. 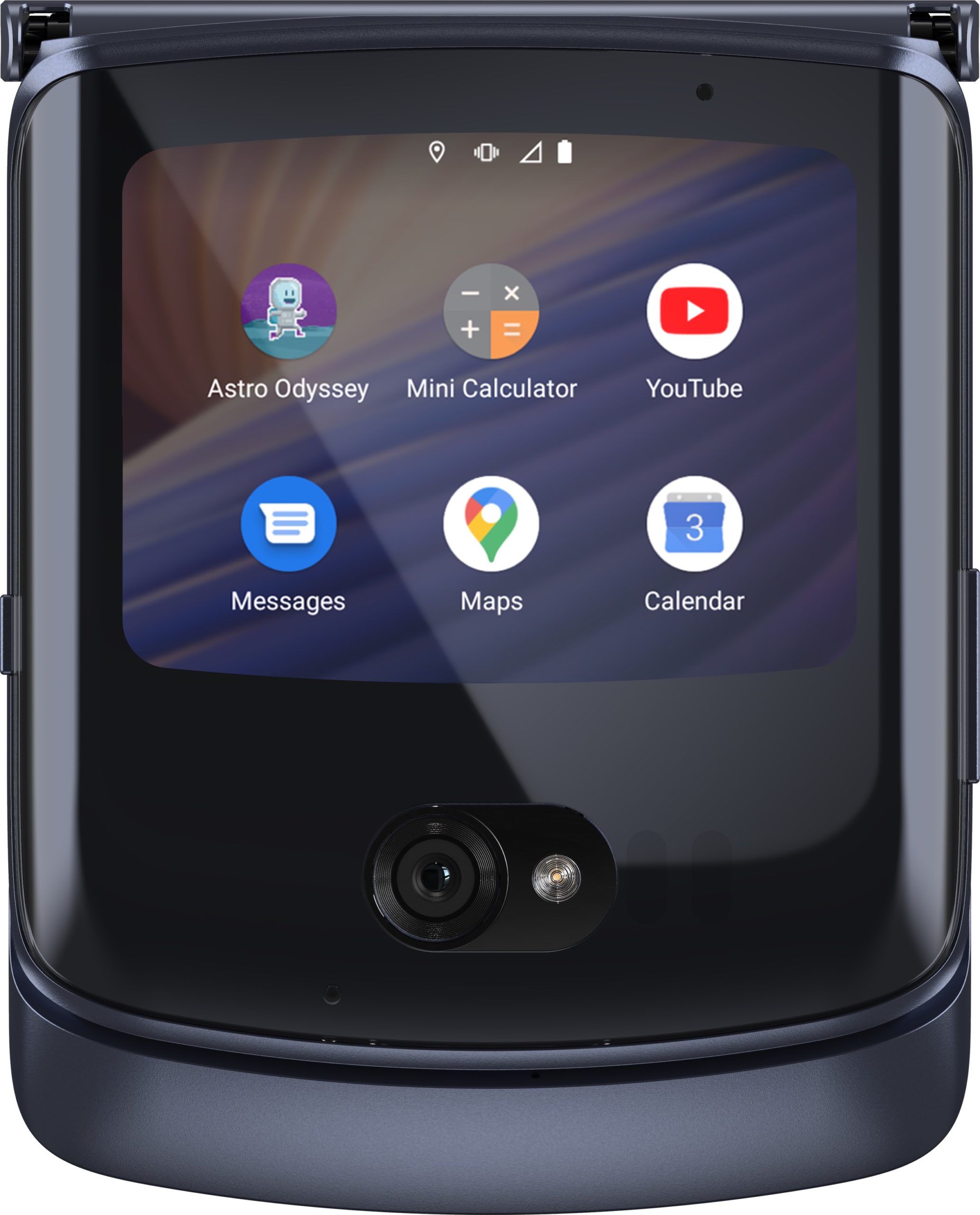 You can also quickly reply to messages with a Quick View’s full keyboard, speech-to-text, or smart reply. Additionally, you can also access up to 8 apps without having to open your phone. Motorola has 8 preselected apps that have been optimized for the Quick View screen but also allows users to pick their own favorite apps to display.

When it comes to optics, the razr is equipped with a 48-megapixel camera with Quad Pixel technology, optical image stabilization, and laser autofocus. This camera setup also works for selfies which makes it a device with one of the most advanced selfie cameras on the market when the phone is closed. Additional features for selfies include Group Selfie, Portrait Mode, and Spot Color.

When taking photos with the phone open, users can display a moving image on the Quick View screen with Camera Cartoon to help keep subjects focused on the camera lens. The external display also offers Instant Review and External Preview. Additionally, the new razr also has a 20-megapixel front camera for video calls or for taking selfies the usual way.

With the rise of 5G comes the rise of many 5G phones. The new razr is now equipped with four 5G antennas with two of them housed inside the updated chin. 5G connectivity is made possible through the device’s Snapdragon 765G processor matched with 8GB of RAM and 256GB of built-in storage. For battery, it houses a 2800mAh which is a bit larger than the battery capacity of its predecessor. Motorola says to expect about a full day of battery life on a single charge.

Lastly, the new razr ships with My UX, Motorola’s take on Android. Motorola says that My UX will include familiar experiences inspired by the stock Android experience its users know and love but that it will also come with enhanced features unique to the brand. These include deep personalization and customization of wallpapers, layout, and even font, Moto Display, Moto Actions, Moto Gametime, and more. 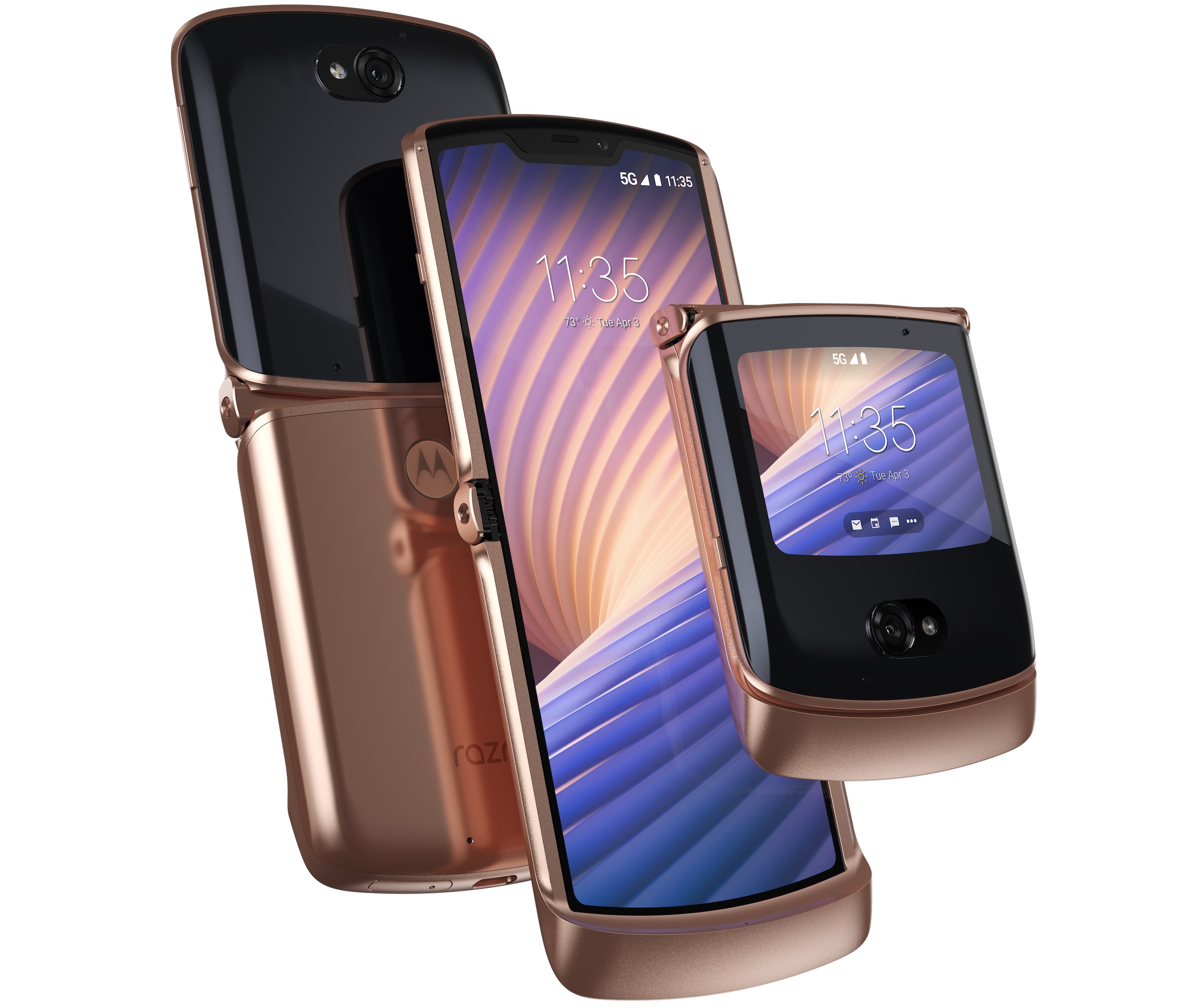 Unlike last year’s razr which was a Verizon exclusive, the new moto razr is going to be available from AT&T, T-Mobile and universally unlocked at Best Buy, Amazon and BH Photo. It will retail for $1399 and offers support for a single sim + esim.