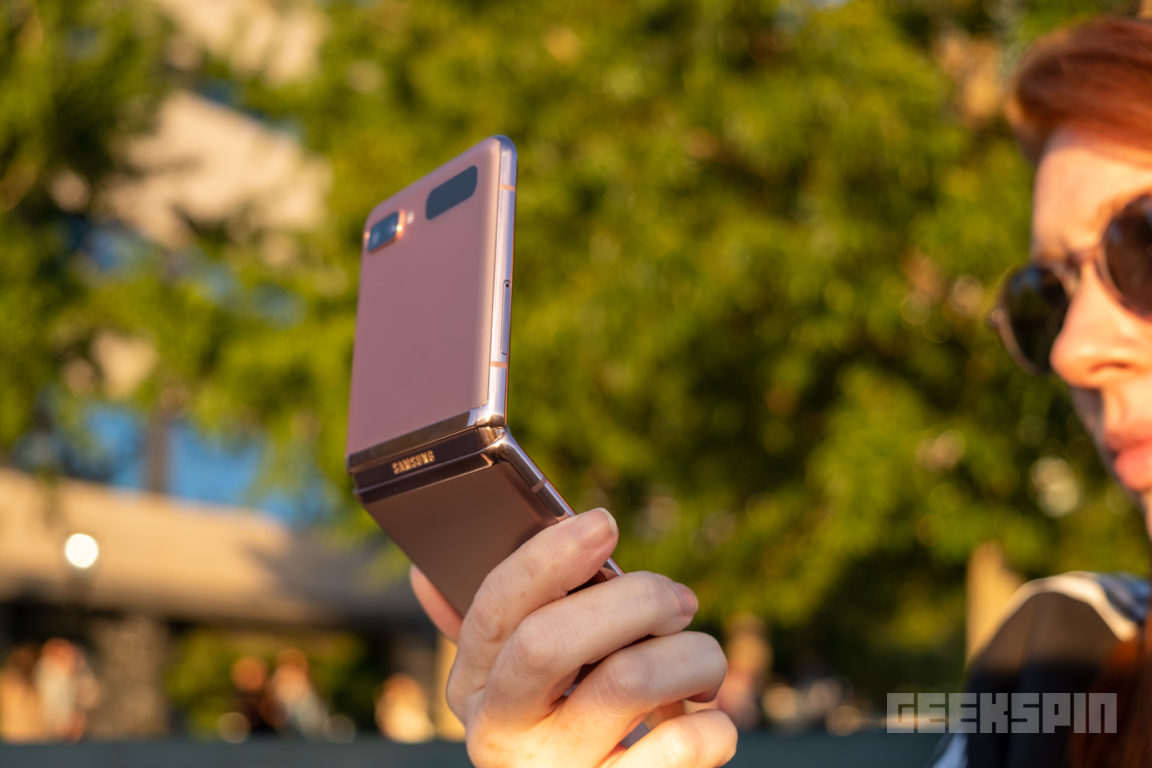 The Samsung Galaxy Z Flip 5G is one of our favorite phones of 2020 because it’s futuristic and downright fun to use. The newer 5G model offers significant performance improvements over its predecessor that make it worth the $80 premium. However, it’s still somewhat difficult to recommend because of its high price tag and middling cameras. 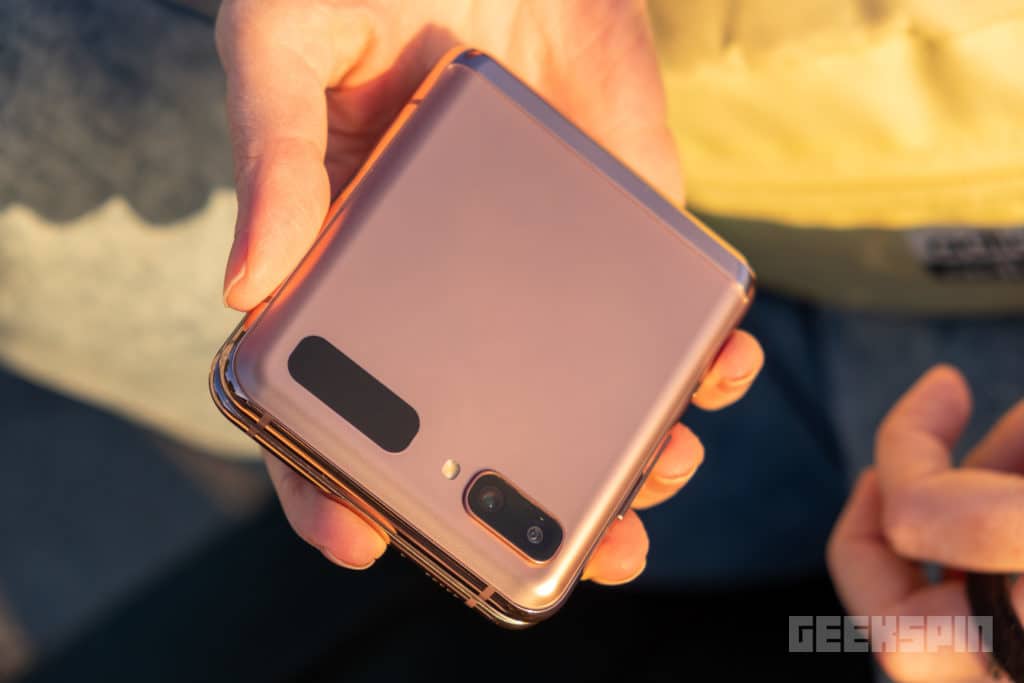 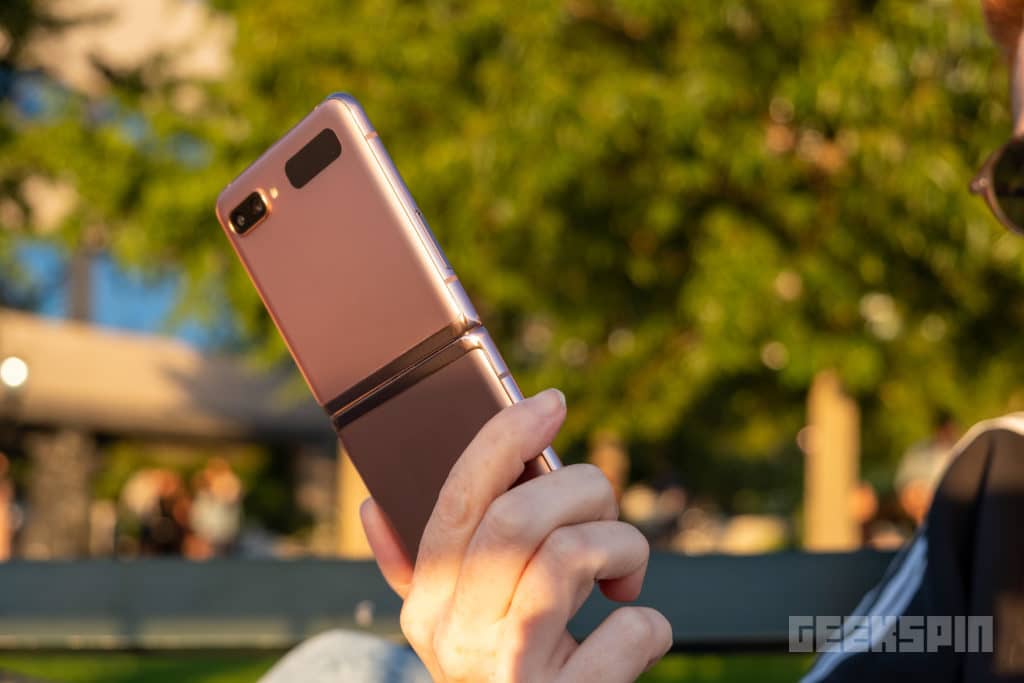 The first-gen Samsung Galaxy Z Flip is available in a choice of mirror purple or mirror black. In particular, the purple option is especially eye-catching but the mirror finish makes the device super slippery to hold, which is pretty horrifying when you consider how expensive and relatively fragile the device is. The 5G model on the other hand, comes in a choice of mystic bronze and mystic grey. It’s also 0.1mm thicker at the hinge but weighs the same 183g as the non-5G model. More importantly, because the finish on the Galaxy Z Flip 5G isn’t a mirror finish, but it is a satiny matte finish, it ends up offering a much better grip. Overall, the 5G model’s finish also provides it with a more refined and sophisticated look. 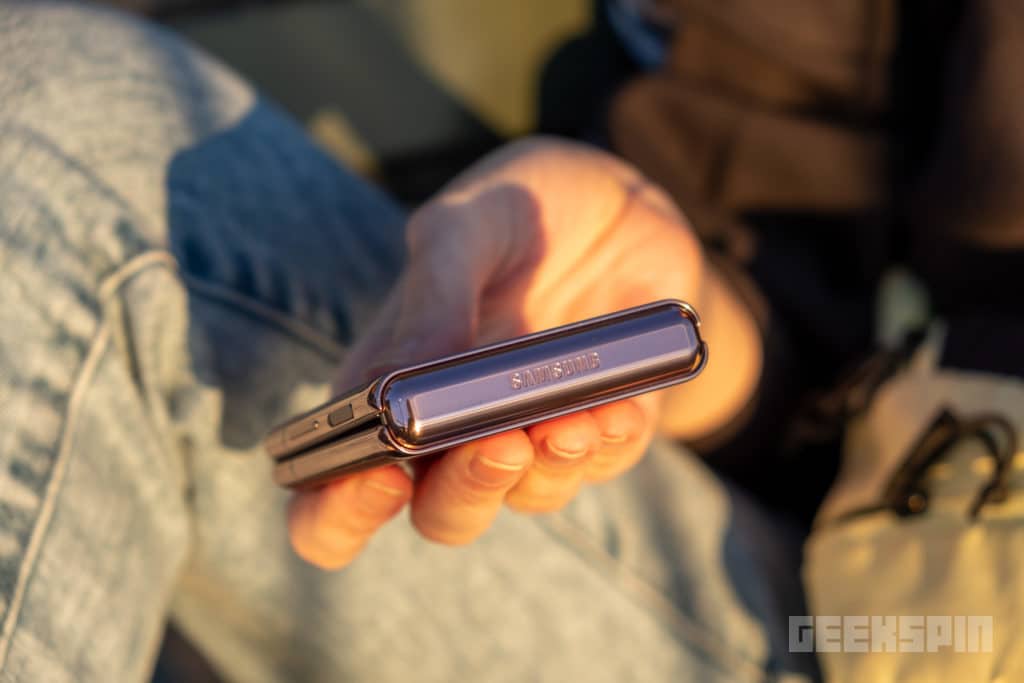 Battery life is pretty much the same

Battery life on the Galaxy Z Flip has proven to be more or less the same as the non 5G model. To that effect, we’ve been getting about 5 hours of screen on time. 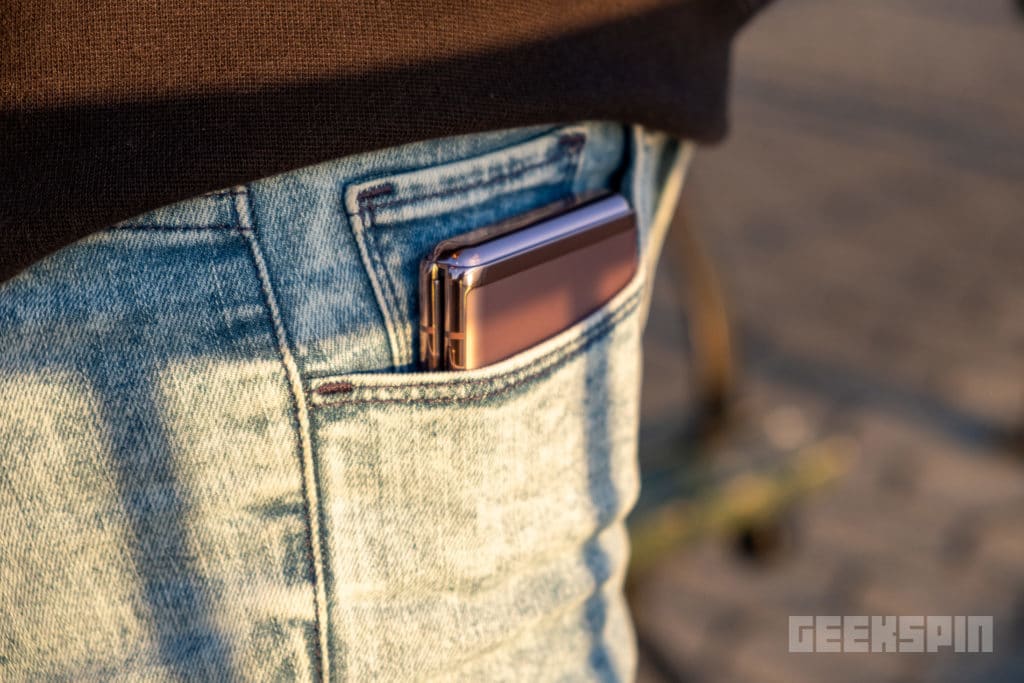 The Samsung Galaxy Z Flip is one of our favorite phones of 2020 because it’s futuristic and downright fun to use. To that effect, despite its shortcomings, we’re very much enjoying using this phone. Unfortunately, it’s still somewhat difficult to recommend because of its high price tag and middling camera. In any case, the Galaxy Z Flip offers significant improvements for an $80 price increase. But most folks will be happy with the non 5G model which recently dropped in price to just $1149 on Amazon. The Galaxy Z Flip 5G ordinarily retails for $1449 but it’s currently available at  Best Buy for $1399.