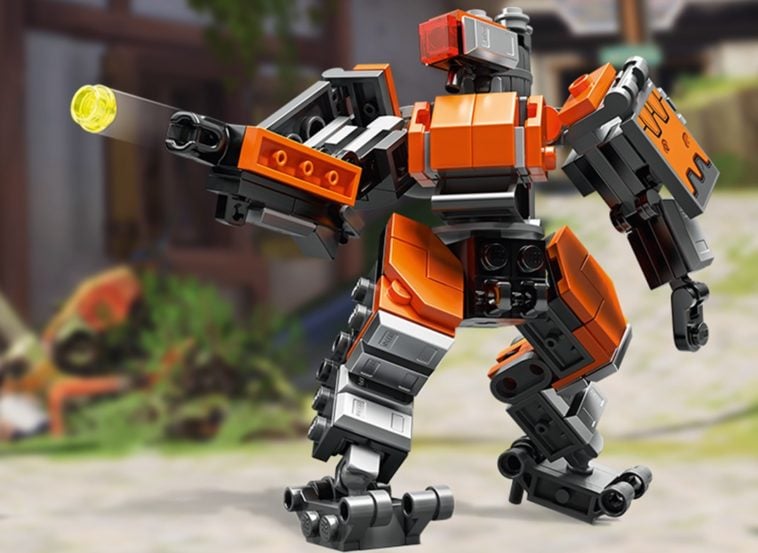 Blizzard Entertainment has partnered with LEGO on a 182-piece set featuring Bastion.

The 4-inch display figure showcases the beloved Overwatch character in the iconic “orange Omnic Crisis skin with a display plate built from LEGO bricks.” According to Blizzard, LEGO Bastion’s upper body and arms are moveable – and the machine gun fixed to the character’s right arm actually fires tiny projectiles. The duo behind the collection even when as far as including Ganymede, Bastion’s little birdie sidekick.

The limited edition collection – which is now available for $25 – can only be purchased through Blizzard’s website and at next month’s BlizzCon event in Anaheim. According to the company, Bastion’s set is just the first in a long line of Overwatch / LEGO collaborations to come.

And if you’re into LEGOs, you should also check out this impressive 6,020-pieces Harry Potter set, as well as this Bugatti replica and LEGO helicopter that actually flies!